THE REVOLUTION ACCORDING TO RAYMUNDO MATA
By Gina Apostol

Virgil should offer libations to the gods in thanksgiving that Gina Apostol writes about the Philippines’ founding stories instead of Rome’s. Her latest novel to appear in the United States, “The Revolution According to Raymundo Mata,” wreaks playful and learned havoc on the life and work of the 19th-century writer José Rizal. Apostol seizes on the catalytic relationship between his fiction and the contemporaneous Filipino independence movement, whose success in ending Spanish imperial rule was qualified by five subsequent decades of U.S. involvement.

“Raymundo Mata” was first published in the Philippines in 2009 and won the country’s National Book Award. Since then, Apostol has published two well-received novels — “Insurrecto” and “Gun Dealers’ Daughter” — in the United States, where she now lives. She writes historical fiction like Hilary Mantel on acid. The result is demanding, confusing, exhausting and impressive, and justified, at base, by the origin story of her native archipelagic nation, as one of the several voices of this novel explains:

“Our prime mover was a poet.

“The Philippines may be the only country whose war of independence began with a novel (and a first novel at that) — Rizal’s ‘Noli Me Tangere’ (‘Touch-Me-Not’). 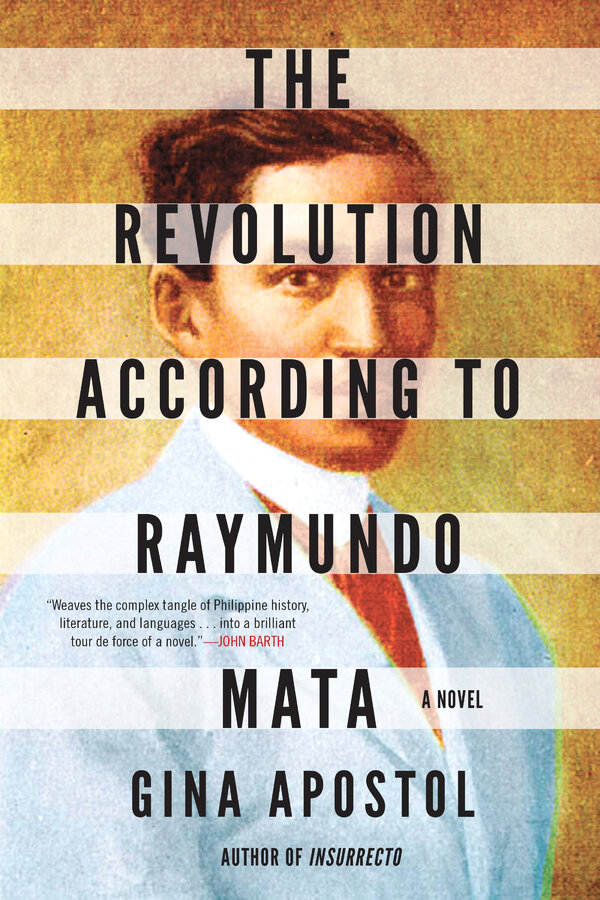 “Our notion of freedom began with fiction, which may explain why it remains an illusion.”

This account of Rizal’s literary-political significance comes from Estrella Espejo, an editor now living in a sanitarium because of a particularly trying project. The novel takes the form of a found memoir by a fictionalized revolutionary named Raymundo Mata, whose idiosyncratic entries are analyzed and debated by Espejo and others in copious annotations, themselves prefaced by no fewer than seven introductory notes. From an American jail cell, in 1902, Mata chronicles his life story of growing up the visually impaired child of provincial theater actors and joining the Filipino independence movement. The dissidents coalesced around Rizal, a novel-writing ophthalmologist who assailed Spanish rule if never outright calling for it to end (his arrest and eventual execution would help bring it down instead).

Though fiercely attached to both men, Espejo isn’t particularly worried about clarifying details related to either Mata’s Bildungsroman-like life or Rizal’s passive involvement in revolutionary politics. She’s more interested in raging, via annotations, against the memoir’s English-language translator, a sanguine Cornell graduate student who goes by the pseudonym Mimi C. Magsalin and describes herself as “not yet a.b.d.” The editor also attacks Diwata Drake, a Milwaukee-based psychoanalyst and scholar of Filipino experience who claims she was invited to edit the memoir in Espejo’s place after her breakdown.

The deranged scholarly contours of the novel manifest as a short passage per page from Mata — usually about his reading, his travels and his intrigues, political and romantic — that is otherwise dominated by multiple, rivaling footnotes. The results can be both confidently obscure and also very, very funny, as with Notes 466-469, in which Magsalin and Espejo trade viciously etymological claims about the gastro-geopolitical implications of whether Rizal and Mata ate chicken Caesar salad when they first met in 1896. In other words, like “Infinite Jest” and “Pale Fire,” Apostol’s novel adopts absurd premises that are treated with graven seriousness by wordplay-obsessed narrators who are equal parts unreliable and cerebral.

Apostol also riffs on the Bible, Cervantes, Voltaire, Joyce and on the most prominent Filipino writer of the late 20th century, Nick Joaquin, among many others. Vertiginously preoccupied with its own textual genealogy and with the Borgesian speculations that come of its frenzied notations (is Mata’s memoir actually Rizal’s unacknowledged final novel?), the book occasionally seems as if it might have been more fun to write than to read. But that’s a minor footnote to this marvelous welter of Filipino storytelling.