A Unique and Affecting Memoir Combines Grief and Mushrooms

Toward the end of Long Litt Woon’s unusual memoir, “The Way Through the Woods,” an old friend of the author chastises her for skipping his wedding to go to a mushroom fair.

Although she was one of the fair’s organizers, Long recognizes that her excuse was flimsy and slightly weird. “It had slowly dawned on me,” she writes, “that I was possibly becoming abnormally fixated on mushrooms.”

Indeed. But the larger question in this moving and unexpectedly funny book is not why Long has become obsessed with mushrooms — we have, too, by this point in the narrative — but how and why her obsession has helped her recover from the death of her husband. She makes an eloquent and persuasive case for an original thesis: that “seemingly unrelated subjects such as mushrooms and mourning can, in fact, be connected.”

Books about bereavement can be unbearably painful, like bereavement itself. Grieving is so personal, so all-consuming, so frightening; it can force you close to the edge of insanity. Immersing yourself in someone else’s anguish can feel like voyeurism, an almost obscene violation.

But Long tells the story of finding hope after despair lightly and artfully, with self-effacement and so much gentle good nature that we forgot how sad she (and we) are. Her daring decision to put mushrooms rather than herself at the center of her story speaks to the sort of person, and the sort of narrator, she is.

An anthropologist originally from Malaysia, Long met her husband, Eiolf, while visiting Oslo on a college exchange program. They lived there happily and harmoniously into their mid-50s. “The Way Through the Woods” begins when everything changed, “the day when Eiolf went to work and didn’t come home.” Long is unmoored by a death that was as instant as it was untimely. What should she do now? Should she even remain in Norway?

At a loss, she enrolls in a course called Mushrooms for Beginners, something she and Eiolf had hoped to do together. She finds herself thrust into a world of zealots for whom “talk of fungi crowds out everything else.” (She makes many “mushroom friends” throughout the book, but often has little sense of their non-mushrooming lives.) She immediately sees the humor in the subject.

The mushroom course sponsor, the Greater Oslo Fungi and Useful Plants Society, “sounded like a sister organization to the Norwegian Women’s Hygiene Association,” she writes. “To be honest, I wasn’t sure what constituted a useful plant.” Is there also a society, she wonders, for useless plants?

But “mushroom outings gave me the push I needed to get out of the house and take part in life,” she writes. She prowls the woods for hours, learning how to spot elusive mushroom colonies and to identify dozens of different varieties of mushrooms — which kinds are rare, which are tasty, which are poisonous. She is invited by seasoned enthusiasts to secret mushroom locations known only to them, spots they guard with the fierce jealousy of a squirrel with a private stash of nuts.

We learn that mushrooms considered poisonous in Finland are in some cases considered perfectly edible in France. We hear about a pioneer of 19th-century Norwegian mycology so gripped by obsession that he changed his last name to “Sopp,” which means “mushroom” in Norwegian. 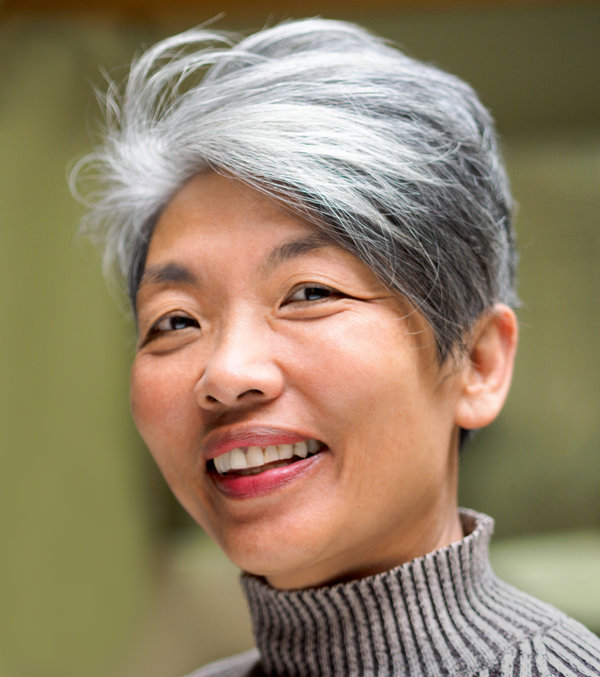 We travel with Long to New York, where she takes a heady tour through Central Park with the late, legendary mycologist Gary Lincoff. They are happily picking mushrooms when a park ranger asks them what is in their basket. Lincoff tells him, reeling off the varieties in Latin.

“It is my duty to inform you that it is forbidden to pick flowers or plants in Central Park,” the ranger says amiably, bidding good-bye. “There, my job is done!”

Soon Long is so keen that she takes, and passes, the Norwegian Mycological Association’s tough exam, becoming a certified mushroom inspector. These volunteers help residents of Oslo who want to pick mushrooms, and who wish not to poison themselves by bringing home the wrong ones.

Receiving her mushroom diploma, Long feels something like euphoria. “I may have even curtsied as it was handed to me, I was so thrilled,” she says. “I think Eiolf would have been proud of me.”

Seeing Long’s capacity for wonder and even contentment in the midst of her sadness feels like seeing tiny shoots of grass peeking from the ash in a landscape stripped bare by fire. Her memoir, beautifully translated from the Norwegian by Barbara J. Haveland, intersperses the story of her mushroom education with details of her emotional journey, each informing the other. She is a fine anthropologist of both.

She describes moments of emptiness, anhedonia and emotional numbness. The moments creep along, then suddenly disappear into black holes, disregarding the rules of chronology. “Grief grinds slowly,” she writes. “It devours all the time it needs.”

We’re used to descriptions of big, convulsive, operatic heartache, but everyday loss around the death of someone you love — the thousands of little moments that are “divine in their banality” — cuts more sharply. Long thinks wistfully of the delight she and her husband used to take in sharing books. “Reading a book is like taking a walk through unknown country. It hurts to think of all the books and all the walks that Eiolf never read, never took and never got to tell me about.”

She and Eiolf loved to cook together. After he died, Long found herself sitting in front of the TV idly spooning mackerel in tomato sauce from a can, a scene that eventually gives way to a glorious chapter full of lovingly described mushroom recipes. “If it were anatomically possible, I would have said that my heart had been dislocated,” she observes. Seeing its gradual restoration to its proper place helps our hearts, too.

Everyone must find her own answer. Long’s is as good as any.

“When forced to use my senses in different ways, I gradually ceased to observe my widowhood from the outside and slowly came to grips with my own life,” she says. “And perhaps this just shows how closely linked my two journeys have been — the involuntary excursion into the labyrinth of grief and the utterly voluntary foray into the field of mushrooms.”

Mushroom lovers, she writes, “believe that where there is life, there are mushrooms as well as hope.”

The Way Through the Woods
On Mushrooms and Mourning
By Long Litt Woon
Translated from the Norwegian by Barbara J. Haveland
Illustrated. 291 pages. Spiegel & Grau. $26.