UNPROTECTED
A Memoir
By Billy Porter

At the end of his 2005 live album, “At the Corner of Broadway and Soul,” Billy Porter covers the song “Sunday” from the musical “Sunday in the Park With George.” But this is no ordinary rendition. Porter refashions the Sondheim standard into a rousing gospel anthem and at the end shouts, “God bless you all. Pay your checks and get out!”

An Emmy winner for playing Pray Tell on the vogue ballroom drama “Pose,” and a Tony and Grammy winner for his role in the Broadway musical “Kinky Boots,” Porter has built a career on blending theater excellence, gospel grandiosity and reading-for-filth realness, all through the astonishing instrument of his voice. This combination is vividly translated in Porter’s new memoir, “Unprotected,” which recounts his lifelong struggle to heal the deep wounds buried under the sheen of his charismatic presence.

Porter grew up in Pittsburgh’s Hill District, where he attended a homophobic Pentecostal Black church that nonetheless stoked in him a devotion to performance. As he writes about his early years, Porter relates the darkness and the light of his youth, detailing his upbringing with a chatty and arch flair, such as when he describes first seeing “The Wiz” on the same day that a lesbian teacher introduced him to the concept of a musical. 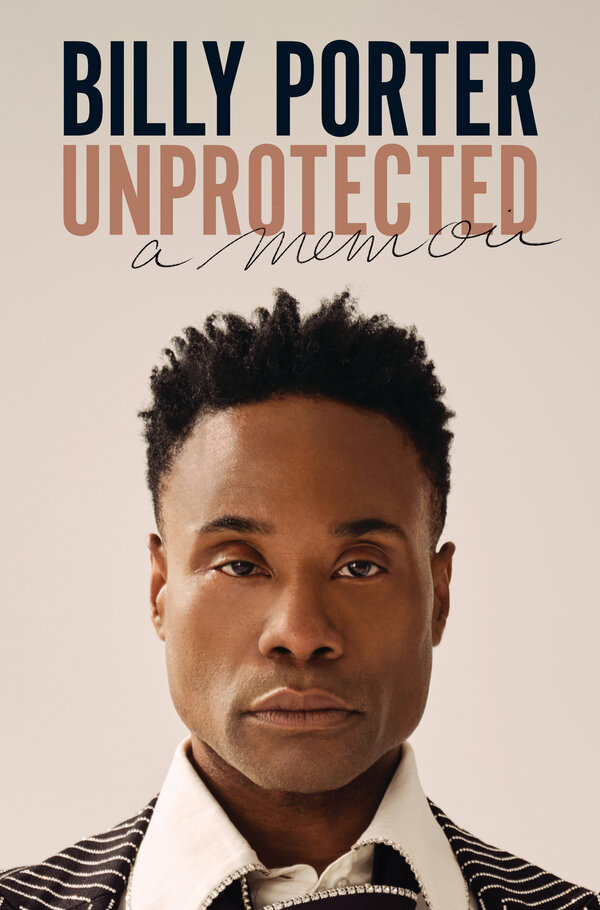 Porter’s talents propelled him to great heights — he made his Broadway debut in “Miss Saigon” when he was 21 years old — but the actor found that both in church and onstage, he was embraced for what he could do with his voice while simultaneously rejected for who he was: an out Black gay man.

In “Unprotected,” Porter’s voice on the page aptly matches his go-for-broke vocal instrument. He holds little back, never shying from raw emotionality, but avoiding histrionics. He writes bluntly about not being accepted by his church, as well as his quest to heal from years of sexual abuse by his stepfather in his preteen years. In a bracing chapter, he recalls confronting his mother about the abuse, weaving horror and rage with a guarded empathy for a woman who, he says, did not have the tools needed to protect him. Elsewhere, he reflects on his career highs and lows, like finding himself homeless and bankrupt after early successes, notably as Teen Angel in “Grease,” left him lost in the wilderness that he memorably dubs his “‘Millennium Coon Show’ era.”

This is not just a memoir, saints; this is a testimony. He is telling a story and he is spilling the tea and he is working through deep wounds in pursuit of a clearer path to a full experience of personhood. “Here I am all these decades later, at the height of my life and career — covered in alla my personal trauma,” he says early in the book.

Some stories one wishes Porter would linger on. His marriage and recent career successes, for instance, rush by in a blur of boldfaced names and viral moments. But in “Unprotected,” Porter is reaching for a loftier objective than just delivering a happily ever after. “My art is my calling, my purpose, dare I say my ministry,” he writes.

For the multi-hyphenate artist, moving on from pain means identifying with more than one’s broken parts. In embracing his fullness, faults and all, Porter positions himself atop an altar, as he was memorably seen in the recent video for Lil Nas X’s “That’s What I Want,” and simultaneously at the foot of it, like a lost soul who races up the aisle of a church looking for transcendence or hope or salvation or healing on an extraordinary Sunday.