Books That Changed Me: Angela Savage

Angela Savage is the director of the Writers Victoria and author of four novels. her latest, Mother of Pearl, is published by Transit Lounge.

The Magic Brush
Jane Carruth; illus., Kei Wakana
A gift from a beloved aunt for my fourth birthday, this "Japanese tale of long ago" tells of Mahrien, who is given a beautiful paintbrush that makes everything he draws come to life. Just as Mahrien's brush brought his imagination to life, so the story sparked mine. While I dreamed of having a magic brush, at some point, I realised I could bring things to life with words. The Magic Brush opened my four-year-old mind to the power of art. 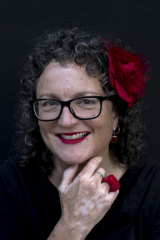 The English Patient
Michael Ondaatje
While I loved the story of four disparate characters brought together at a bombed-out Italian villa in the late stages of the Second World War, the real power of this novel was its insights into racism. There's a scene toward the end that was the proverbial light-bulb moment for me, when Kip, the Sikh British Army sapper, learns of the bombing of Hiroshima. As the scene is entirely missing from the film version of The English Patient, you'll have to read the book to see what I mean.

The Poisonwood Bible
Barbara Kingsolver
The kind of novel I aspire to write. Told from multiple viewpoints, this moving and powerful story set in the Belgian Congo sheds light on history, politics and culture through an intimate family saga. In her author's note, Barbara Kingsolver says, "I spent nearly 30 years waiting for the wisdom and maturity to write this book". As a writer, I am greatly encouraged by this admission and the idea that good writing takes time.

Sustenance
Simone Lazaroo
The first novel I read by Simone Lazaroo, who swiftly became one of my favourite Australian authors, Sustenance is set in Bali and tells the story of a group of hotel workers and guests brought together in violent circumstances. The novel poses questions about how vulnerable people damaged by insensitivity and exploitation can seek redress, while reflecting more broadly on grief and hope. Reading Sustenance was like a masterclass in fiction writing. It has inspired my own writing, both in terms of structure and themes.