Home » Books » Books That Will Crawl Under Your Skin — in a Good Way!

Books That Will Crawl Under Your Skin — in a Good Way!

SONG FOR THE UNRAVELING OF THE WORLD Stories
By Brian Evenson 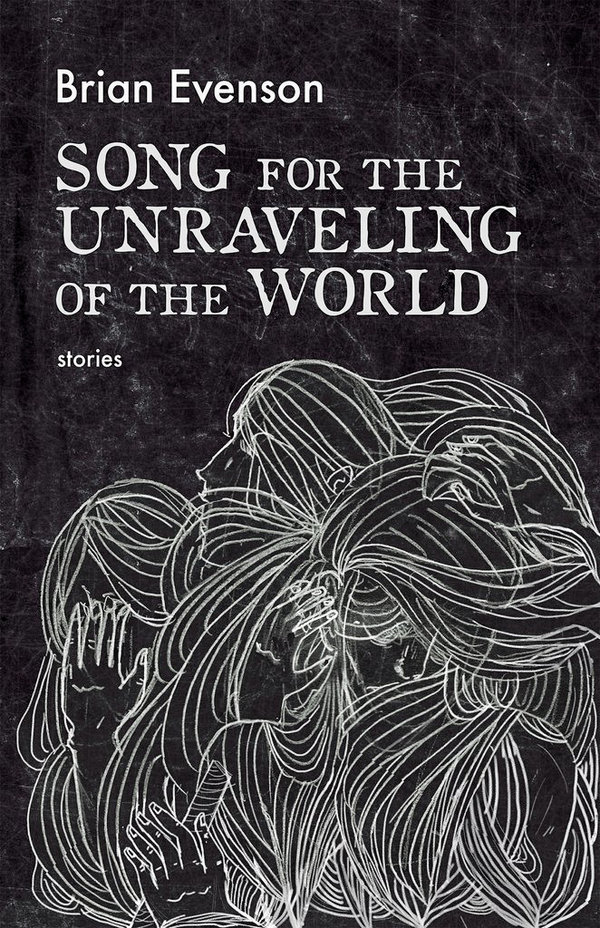 For those who take a mystical (or even metaphysical) approach to life, there are two paths: You can imagine a vaster, sweeter and more heavenly realm extending beyond the one we know, or you can imagine one that is even more horrible, nasty and unremitting. And if you are a great contemporary story writer, like Evenson, you can picture that horrible “other” realm in a variety of perplexing, funny, nightmarish and deeply unpleasant ways.

Even the titles of his latest stories divulge a sense of dark forces emerging from our bland material world: “No Matter Which Way We Turned,” “Born Stillborn, “Smear,” “Trigger Warnings,” “Leaking Out.” In the story that gives this collection its title, a father hears the voice of his recently vanished daughter singing in the next room as he recalls that he may have kidnapped her and, perhaps, killed her, though “it was hard to see that it was his fault.”

There are many vanishings and sunderings in these stories. Claustrophobically connected siblings are violently torn apart; space voyagers lose track of their space partners; spouses disappear from each other; and while it’s never entirely clear where it is that people disappear to, it’s almost certainly not pretty. In one of the collection’s strongest stories, “Glasses,” a pair of “biofocals” vanish from their owner and, returning a moment later, are “wet, sticky and a little warm, as if they had been held in something’s mouth.” This doesn’t bode well for the protagonist’s husband, who disappears next.

You’ve heard of “postmodern” stories — well, Evenson’s stories are post-everything. They are post-human, post-reason, post-apocalyptic. But more than anything, they are post-psychological, populated by anonymously empty and obsessive characters with blunt, Beckettian names like Thurn and Menno and Geir and Rask. They don’t act as individuals so much as random conjunctions of flesh and brain that suffer awful conclusions — eaten, dismembered, stabbed, strangled and absorbed by alien biologies. This is because in an Evenson story, there are two horrible things that can happen to you. You can either fail to survive, or survive. 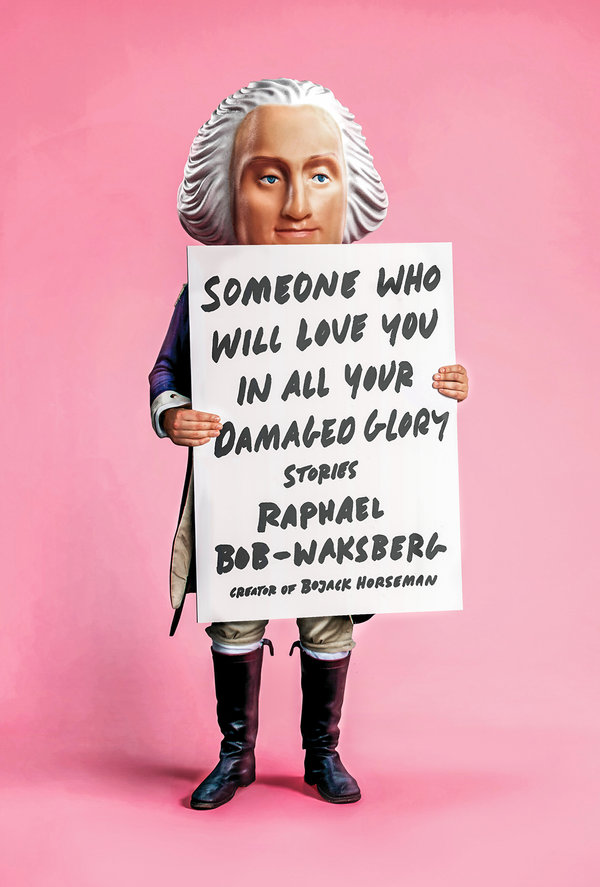 For the creator of Netflix’s cult animation series “BoJack Horseman,” the “other world” of his imagination isn’t more horrible than our own — but it is just as sublimely ridiculous. In his first collection of stories, Bob-Waksberg’s characters often stride blithely through some form of “Anti-Door” (as in one of the longest stories, “We Men of Science”) that lands them smack dab in the middle of the same life they left behind: imperfect relationships, annoying jobs and too many people paying too much attention to social media and not enough attention to one another. It’s as if the real and unreal worlds have converged into one slurry mess, as in “The Average of All Possible Things,” in which the central character, Lucinda, decides she is “unworthy of any experience approaching extraordinary.” In other words — yeah, you’re gonna eat the same damn kale Caesar salad every day until you die, lady. Get used to it.

It’s George Saunders territory, where the unsatisfactory private world of love and family is hard to distinguish from the equally unsatisfactory world of work. In “More of the You That You Already Are,” there’s even a Saunders-like theme park called Presidentland — where the narrator, worried about downsizing, tries to keep his job through a campaign to make the president he is embodying (a mega-headed Chester A. Arthur) seem much more interesting than he really was. “Someone Who Will Love You” contains lots of funny lines and great ideas, though the long stories often spend too much time finding a good place to start; and many of the most successful pieces are brief, Woody Allen-like riffs, like “Lies We Told Each Other (a partial list)” or the excellent first-person dog story “Rufus,” which barks its pronouncements in convincingly canine prose: “When ManMonster is upset, ManMonster makes noise like ‘Badog!’ This is worst noise ManMonster can make.” It’s a more whimsical world than Evenson’s; but that doesn’t mean it lacks monsters — even if they’re us. 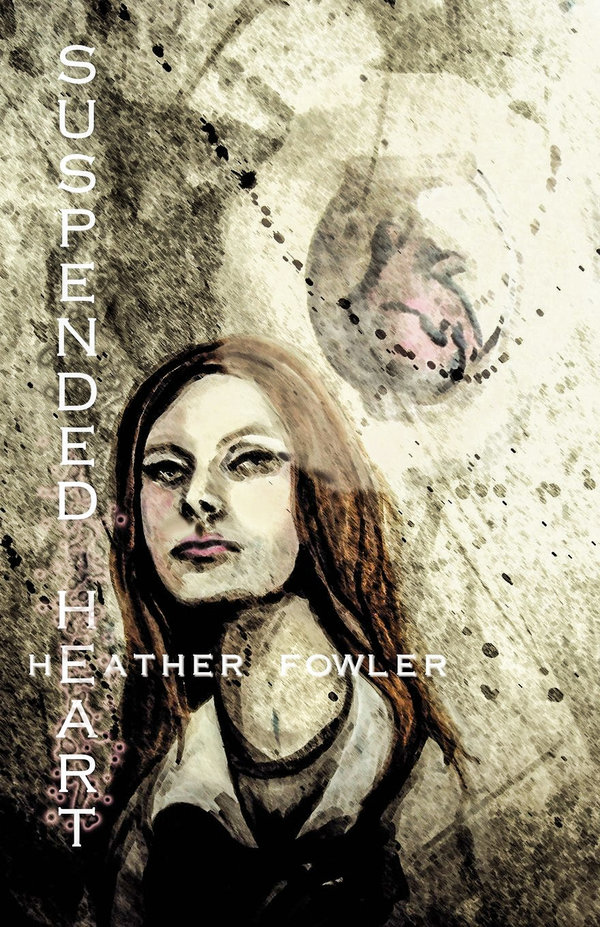 Compared with Evenson and Bob-Waksberg, Fowler possesses a relatively bright and affectionate vision of mystical worlds, and this “collector’s edition with bonus stories” of her original 2010 collection reads a bit like the late, great Carol Emshwiller — funny chronicles of fantastic events in the lives of unextraordinary people. Its best stories find clear emotional pleasure in exploring fantastic or futuristic events. In “The Bheindris,” the owner of an automaton tries to prepare his robot for the fact that humans don’t live forever — eventually it comes time for the automaton to move on. In “The Time Broker,” a woman considers hiring an agent to help her regain the life that keeps slipping away. The broker’s glossy postcard reads: “Buy time now. Stop bemoaning that life is not your endless summer. Hire a personal trainer! Do everything you ever wanted — Right Now! You have time. Or, you will when you BUY IT! See the Time Broker.”

Unfortunately, after waiting in line all day, the narrator learns that the “time broker” doesn’t have any really innovative ideas except maybe: Ditch the kids!

Fowler has great ideas and characters to go with them, but like Bob-Waksberg, she doesn’t always find the openings of her stories very quickly — and it’s often difficult to find a way out of her knottier sentences. In the title story’s opening pages, in which a human heart is used to decorate a shopping mall, she writes: “Everyone spoke of generic love and kindness or bad parking and ludicrous off-site shuttles while ‘Silent Night’ or another timeless holiday tune blared through the loudspeakers, both shoppers and employees frequently pulling brisk strides through the arena’s walkway mazes, though it was only the romantic couples that made the heart a destination.”

But then, that’s the deal with mystical imaginings — you need to distinguish where one story ends before you can establish where the next one begins. Otherwise, what’s the difference?

Scott Bradfield is the author of novels and short stories, including the collection “Hot Animal Love: Tales of Modern Romance.”