In their best-selling new book, “She Said,” the Times reporters Jodi Kantor and Megan Twohey recount how they broke the Harvey Weinstein story, work that earned them the Pulitzer Prize and helped solidify #MeToo as an ongoing national movement.

On this week’s podcast, the two discuss the difficulties faced in getting Weinstein’s alleged predation on the record, including the fact that some sources had previously spoken to other journalists for stories that never appeared.

“I think we ran into some skepticism with some of these phone calls and these door knocks, when there were people who had spoken to other journalists only to see those investigations fail,” Twohey says. “And what we’d say is, ‘Listen, we can’t tell you what’s happened in these other scenarios, all we can tell you is that we’re sort of showing up with the whole support of The New York Times behind our back, all the way up to the top of the institution.’”

Kantor says that she and Twohey are still investigating sexual harassment in the workplace. “Our attitude is that you can’t solve a problem you can’t see,” Kantor says. “Megan and I can’t adjudicate all of the controversies around #MeToo, but what we can continue to do is bring information to light in a responsible way and uncover this secret history that so many of us are still trying to understand.” 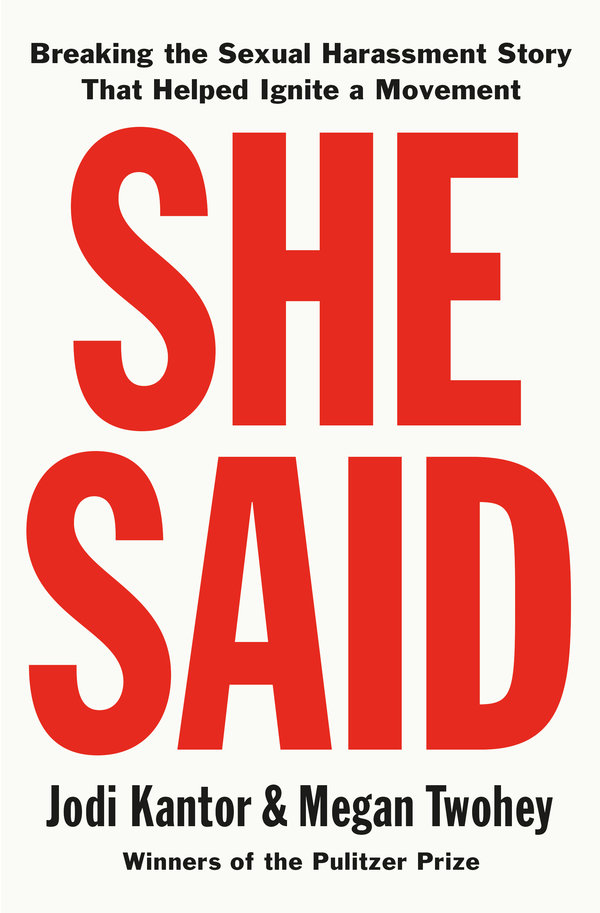 Ian Urbina visits the podcast this week to discuss his new book, “The Outlaw Ocean: Journeys Across the Last Untamed Frontier.” The book began as an investigative series for The Times about how the unregulated seas had allowed for corruption, violence and lawlessness. “To the extent that there had been reporting before, it had largely been done on land, interviewing people as they came back,” Urbina says. “I really, really wanted all or most of the reporting to happen at sea, on the vessels. And I think it was worth it. It took forever, and it was sometimes unpleasant.”

Also on this week’s episode, Alexandra Alter has news from the publishing world; and Gregory Cowles, Tina Jordan and John Williams talk about what people are reading. Pamela Paul is the host.

Here are the books discussed in this week’s “What We’re Reading”:

“Blood, Bone and Marrow: A Biography of Harry Crews” by Ted Geltner

“The Porpoise” by Mark Haddon

“The Corner That Held Them” by Sylvia Townsend Warner

We would love to hear your thoughts about this episode, and about the Book Review’s podcast in general. You can send them to [email protected].