Home » Books » By Maurice Carlos Ruffin, Stories of a New Orleans That’s All but Lost

By Maurice Carlos Ruffin, Stories of a New Orleans That’s All but Lost 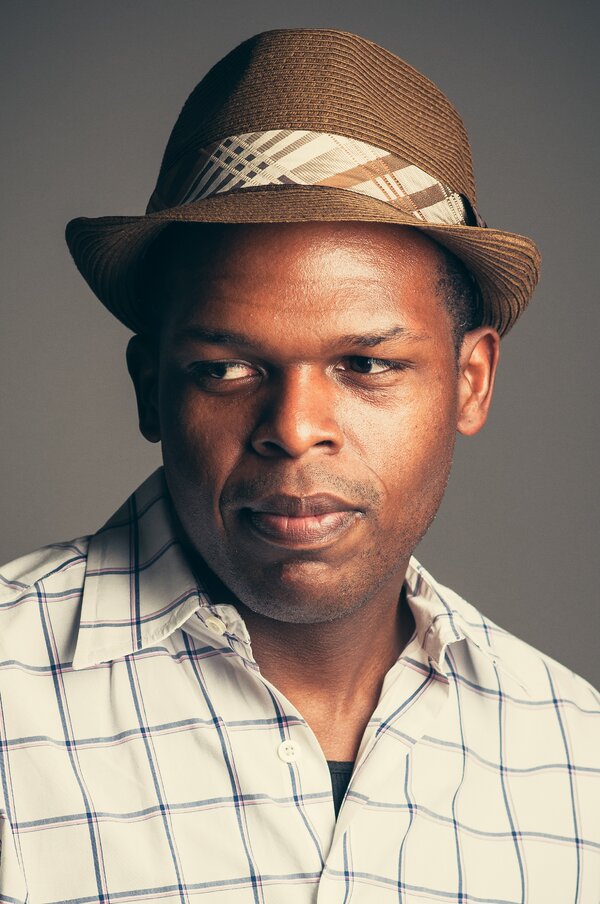 “We Cast a Shadow,” Maurice Carlos Ruffin’s 2019 debut novel, takes place in a future where Blackness is explicitly criminalized. Set in an unnamed city in the American South where the local housing project requires ID for entry, the novel is narrated by an unnamed Black lawyer who becomes obsessed with procuring the money to pay for his mixed-race son to undergo a skin-lightening procedure that will permanently insulate him from the social and legal stigma of being African American. His marrow-deep cynicism is leavened by an aching for the society that once seemed possible, before everything took a sharp turn for the worse: “It sometimes felt like we were the only people in the world who experienced the whiplash and loss of those years, because no one else talked about that era.”

Ruffin’s new collection, “The Ones Who Don’t Say They Love You,” preserves this lost old world — specifically, 21st-century New Orleans — across a series of stories long and short, as a sort of compendium of city life at risk of displacement. Gentrification by Oregonian interlopers; unmitigated post-Katrina rot and neglect; the fact that “the Black and white issue isn’t just a Black and white issue,” as a Black homeowner notes, “it’s a money and power issue, too”: It all threatens to transform New Orleans (which may or may not have been the unnamed city in “We Cast a Shadow”) into an unrecognizable playground for the affluent and bored.

The title story follows a teenage prostitute and his client, Mr. Jellnik, who eagerly wishes to rescue him from a life on the street. Contrary to similarly honeyed promises issued in the wake of such encounters, Jellnik’s lack of sentimentality is what makes him potentially trustworthy. “In all the times you done business with Jellnik, he never say he love you,” Ruffin writes, from the second-person perspective of the prostitute. “That’s the only reason you listen to him at all.” Ruffin’s characters are too smart to fall blindly for sweet nothings; their lives and the New Orleans around them are governed by the ruthless logic of a system that doesn’t even pretend to care about them. After the limits of Jellnik’s promises are revealed, the story cuts off before we glimpse our narrator’s feelings.

The brevity of some of these stories — like “Mercury Forges,” about a prison guard who helps an escaped inmate find his father during Katrina; or “Glamour Work,” about a teenager on juvenile probation working a catering job at the mayor’s Mardi Gras gala — suggests this collection should be consumed in large chunks. In the longer tales, his narrators have more space to draw out their paranoias, which dictate how they move through the city. “The Pie Man” inverts William Faulkner’s story “Dry September,” following a group of Black teenagers who call themselves the Mighty Black Ninja Krew and conspire to avenge their friend’s death at the hands of a Latino mechanic.

But the city Ruffin depicts is characterized less by violence than by community, its adaptability in the face of ongoing change. “Ghetto University” thrums with the mordant wit of its narrator, “a Black man with two advanced degrees, who had once lectured at the Sorbonne, who shook hands with Noam Chomsky and Shirin Ebadi, who prefers Enya to Kanye West, and who will never willingly watch a Tyler Perry film,” who now robs tourists in the French Quarter to pay off his debts. Unsure of how to properly intimidate his victims, he calls one of them “whitey,” while noting its anachronism. “There simply isn’t a word equivalent to the N-bomb when you’re trying to make Caucasians feel uncomfortable,” Ruffin writes, “unless you count the most terrifying noun, my skin.” As we eventually discover, the narrator’s wife, a chemist, has also taken to crime to supplement their finances, and marital love is renewed once they discover this commitment to providing for each other.

Ruffin writes with the clipped motion of the best comic books, and the unsparing tenderness of a poet. Readers enamored with the relentless lyricism of his novel may be surprised to find a gentler voice guiding these stories, without judgment. This softness is exactly what binds these patchwork chronicles into a vibrant and true mosaic of a place. I was occasionally disappointed whenever the lives of these characters moved in the expected direction, but who can truly resist the domineering forces pushing our trajectories along their course?

In the closing story, “Before I Let Go,” a lifelong New Orleanian named Gailya is trying to stop the city from repossessing the home that belonged to her grandmother, her mother, and now her. Gailya’s neighborhood, Treme, is facing unstoppable gentrification, and she herself is stretched thin across the gig economy, renting out a room for tourists and moonlighting as a rideshare and delivery driver in between jobs that never seem to pay what she needs to dig herself out of debt. Her life is conditioned for disappointment, and she comes to expect it. A well-paying work opportunity turns out to be a bust; a lover turns out to be a mirage; a white boss turns out to be a racist. But there is joy, too, enough to repel the inner voice saying she should just sell her home to greedy developers, and relocate to Atlanta.

When a group of doe-eyed and irritating white neighbors suggest calling the police on a nearby music teacher who plays a little too loudly, it suddenly strikes her that if the New Orleans she knows is slipping away, it’s her responsibility to hold onto what remains. “Gailya looks at the faces of her new neighbors, most of whom look like people she’s worked for at one point or another,” Ruffin writes. “She knows that if any of her old neighbors were here, they would make them understand. But she realizes it falls on her. It always fell on her, and that if she were gone, nobody would ever come to understand anything at all.” She’s right, the new neighbors don’t understand. How could they, or rather, why would they want to? But the old world is worth preserving, for as long as this newer, crueler world allows.