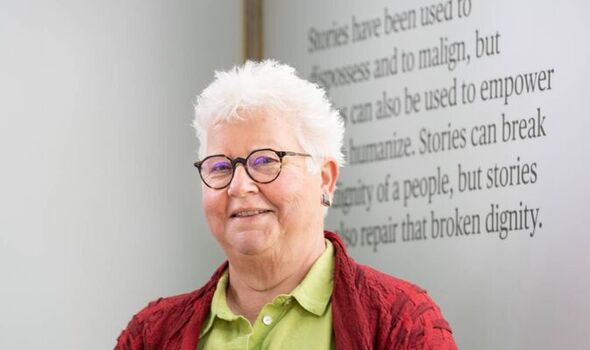 It’s generally acknowledged the Queen is not a reader of fiction, hardly surprising since her required daily scrutiny of Red Boxes of official material takes anything up to three hours. And we know that when it comes to duty, she doesn’t shirk. But the Duchess of Cornwall is another passionate royal reader.

During lockdown, she started her online Reading Room book club to encourage people to expand their horizons. She enjoys wide-ranging tastes, from classics such as Charles Dickens’ A Christmas Carol to literary fiction such as Chimamanda Ngozi Adichie’s Half A Yellow Sun, via crime fiction by Peter James and the rich fantasy of Philip Pullman.

The Platinum Jubilee reading list curated by the Duchess would, I’m convinced, have diverged somewhat from the list by BBC Arts and The Reading Agency featuring authors from across the Commonwealth.

The 70 titles – 10 books from each decade of the Queen’s reign – are presumably intended to encourage us to widen the scope of our reading.

I’ve been an avid reader since childhood. I consider myself reasonably well-read and probably get through a couple of hundred books in a year. Yet I’ve read less than 30 of these.

It’s not that I’m a stick-in-the-mud who only reads what I’m sure I’ll like.

I’ve begun quite a few more and put them to one side. (I used to grimly stick with a book to the end, but I’ve reached the point where I’m going to have to rely on reincarnation to read all the books I’m drawn to, so I feel less bad closing those I’m not enjoying).

There’s been a lot of research in recent years about the value of reading, particularly in relation to children’s development. Its clear reading fosters important bridges across generations and has wider social benefits.

But there are so many other time-eating temptations for all of us. Keen readers often fall away from books when they hit their teens, and all of us are drawn to the less demanding attractions of box sets and console games.

Reading awakens the imagination. Films and TV, and even the theatre, leave scant space for our creativity. We are presented with what the characters look like, how they move, their tone of voice and the space they occupy.

A book is a different beast. We each have our own movie running in our heads that draws on our own experiences. Even when the author describes a character, we magic up something in our imagination from our personal knowledge.

When my Tony Hill and Carol Jordan novels were adapted for TV as Wire In The Blood, I was delighted Robson Green’s portrayal of Tony Hill mapped so well onto my own.

But I’ve lost count of the times readers have told me: “Robson Green’s a good actor, but he just wasn’t Tony Hill.”

They’re not wrong, because they all have their own Tony Hill. So the goal of encouraging people to read deserves applause.

But the secret to compiling a list is in finding the right blend of challenge and gratification. I’d hoped for something that would draw me in, remind me of what I’d missed, excite me more than make me feel daunted.

What’s really missing in the Platinum Jubilee list is a slice of popular commercial fiction. Since 2003, the Theakston Old Peculier Crime Writing Festival has been a trusted source of inspiration.

With the ‘New Blood’ panel, we’ve been presenting readers with a quartet of debut authors I reckon are the pick of each year’s crop.

Crime fiction has long had a place in Australia and New Zealand but, in the last few years, it’s really started to make an impact and two of my picks are from Down Under – Antipodean noir if you will.

As for the next major royal celebration, it’s likely to be the coronation of Prince Charles with Queen Camilla at his side.

I suggest we celebrate with a booklist curated by the consort, who’s shown herself a true champion of reading.

1989 by Val McDermid (Little, Brown, £20) is published on August 18. Visit harrogateinternationalfestivals.com/crime-writing-festival for more information on the Theakston Old Peculier Festival 2022.