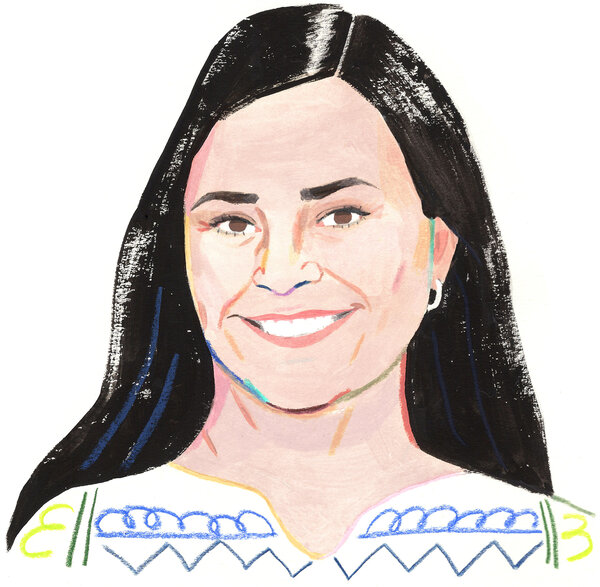 “There’s a very small group of authors whose books I won’t read because the mind I sense behind them disturbs me,” says Diana Gabaldon, whose novel “Go Tell the Bees That I Am Gone” is the ninth in her Outlander series. “In all fairness, mine disturbs a few people, too.”

What books are on your night stand?

Saeed Jones’s “How We Fight for Our Lives.”

Describe your ideal reading experience (when, where, what, how).

In my old family house in Flagstaff, Ariz., alone, with heavy snow falling outside, the old floor furnace crackling and the makings of roast-beef sandwiches in the refrigerator.

What do you read when you’re working on a book? And what kind of reading do you avoid while writing?

It depends where I am in the process. (I tend to have long processes.) Early on and through the middle, I read anything and lots of it. In the final few months to a year, though, I can’t risk reading anything I can’t put down to work, so I tend to read good, but less gripping books — or, if gripping, short ones. (Just recently, reading Vol. 1 of the Inspector Maigret Omnibus by Georges Simenon and David Ebershoff’s “The 19th Wife.” Also “The Big Blue Jobbie,” by Yvonne Vincent. Yes, I do read more than one book at once, unless it’s really gripping.)

Early on, though, I like to read fiction with a strong poetic feel, because the sense of beautiful language is catching (see “How We Fight for Our Lives,” noted above). Not necessarily literary fiction, as such, but authors who routinely play with language — I reread all of Reginald Hill’s Dalziel and Pascoe novels while writing the most recent book.