Home » Books » Dispute Arises Over ‘No-No Boy,’ a Classic of Asian-American Literature With a Complex History

Dispute Arises Over ‘No-No Boy,’ a Classic of Asian-American Literature With a Complex History

The publication came as a surprise to Shawn Wong, an English professor at the University of Washington. In 1971, shortly after Okada’s death, Wong and several friends found a copy of the novel in a used bookstore and later had it copyrighted and republished with the permission of Dorothy Okada, the author’s widow.

Now, Wong feels his efforts to rescue the book from obscurity, and the wishes of the Okada estate, are being ignored by Penguin. On Facebook, he posted an image of the copyright form he filed and called Penguin’s decision to release a rival edition a “moral outrage.” 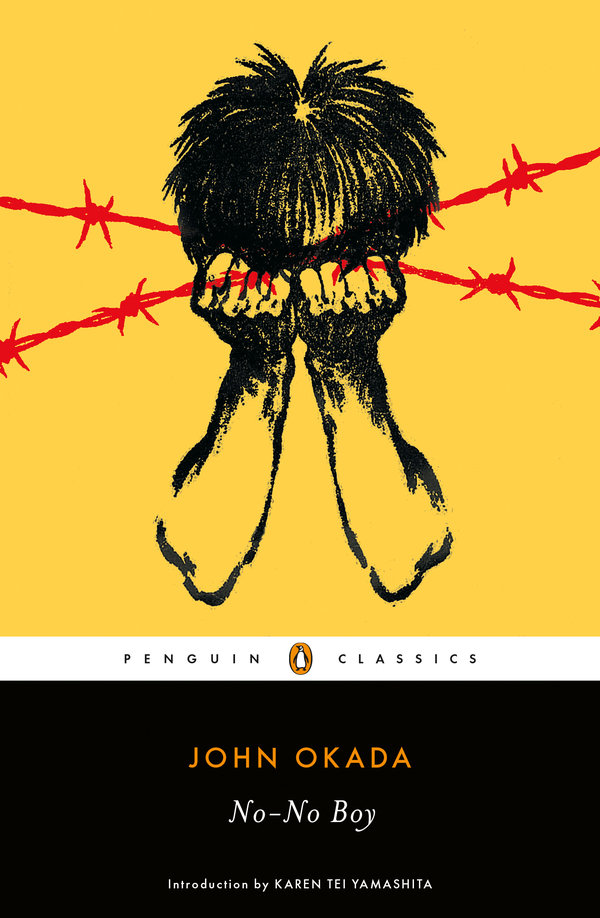 Penguin said that the novel is in the public domain and was never copyrighted in the United States, and that the copyright registration Wong filed covers only the introduction to the 1976 edition, not the underlying work.

“We acted in good faith to pursue ‘No-No Boy’ for publication,” Penguin said in a statement. “Our intent is to continue important conversations around ‘No-No Boy’ through its inclusion in the Penguin Classics series.”

The copyright question has overshadowed what should have been a moment of celebration for Okada’s literary legacy. The novel’s uncertain copyright status is further complicated by the fact that it was first published in Japan, by an English-language publisher, but the author is American.

Some Asian-American organizations, as well as artists and writers, have thrown their support behind Wong. “I am very disappointed in Penguin for appropriating John Okada’s ‘No-No Boy,’” the novelist Viet Thanh Nguyen tweeted on Wednesday.

Densho, an organization that collects the testimonies of Japanese-Americans who were interred during World War II, also took aim at Penguin in a Facebook post: “Extremely upsetting news regarding Penguin’s ‘new’ edition of ‘No-No Boy.’”

Dorothea Okada, John Okada’s daughter, said her family was unaware of any issues with their claim to the copyright, and that the family wasn’t contacted by Penguin before the new edition was published. The Okadas have been receiving royalties from the University of Washington Press for several decades, and it’s unclear whether they will get any compensation from the Penguin edition. (Penguin declined to say whether the Okadas will receive royalties, saying the company would contact the family directly.)

“The university press has done a really good job guiding the book, so we were really happy with what they’ve been doing, and I don't think a bigger press would do anything for it,” Dorothea Okada said. “We would never change publishers.” 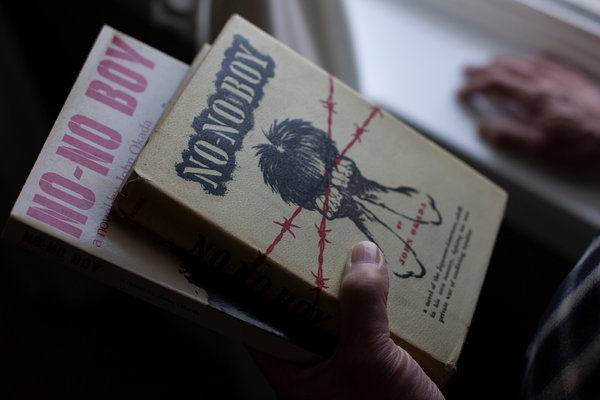 Wong added that the Penguin edition contains an error: John Okada’s name appears at the end of the book’s preface, incorrectly suggesting that the preface is a purely autobiographical author’s note rather than a part of the novel itself, a mistake that appeared in an earlier University of Washington edition but was later removed.

Karen Tei Yamashita, a novelist who wrote the introduction to the Penguin edition, said the earlier publication of the novel marked a critical turning point for Asian-American literature.

“You can’t talk about that book without talking about what these guys did, and the impact that the book had on another generation of writers,” she said. “I feel disappointed that this should be a controversy at this time that should be more of a celebration of Okada’s work.”

Born in 1923 in Seattle, John Okada was a student at the University of Washington when he and his family were sent to an internment center in Minidoka, Idaho. Okada voluntarily enlisted, becoming a radio signal interceptor for reconnaissance missions over the Japanese coast and eventually serving among United States occupation forces in Japan.

He later earned a master’s degree from Teachers College at Columbia University. He and his wife settled in Detroit, where he found work as a librarian and worked on “No-No Boy.”

The novel centers on Ichiro Yamada, who is sent to an internment camp and then to prison after he refuses to be drafted into the United States military during World War II. According to Okada’s biographer, Frank Abe, Okada based the character on a friend who was sent to prison for refusing the draft. The novel explores the experiences of Japanese-Americans accused of being traitors to America, and the divisions that occurred in communities and families when young Japanese-American men were asked to fight for a home country that had treated them as the enemy.

“No-No Boy” was rejected by several American publishers before Okada sold it to a Japanese publisher for a $150 advance. The publisher, Charles Tuttle, printed 1,500 English-language hardcover copies in Japan, which were shipped to the United States. “I’ve sat out the urge to turn cartwheels, to shout the news to the world and to dash off a letter of resignation to the library where I am employed,” Okada wrote to the publisher, according to “John Okada: The Life & Rediscovered Work of the Author of ‘No-No Boy.’”

But when the book first came out in 1957, it wasn’t a subject that American readers wanted to engage with, and it languished in obscurity. Okada went on to work in advertising. When he died in 1971 of a heart attack at the age of 47, the novel seemed like a failure.

After Okada’s death, Wong and three of his friends, Jeffery Paul Chan, Frank Chin and Lawson Fusao Inada, rediscovered “No-No Boy” and made it their mission to republish it. For a second time, around half a dozen American publishers rejected the novel, so the group decided to raise the money to publish it themselves. They got word out through The Pacific Citizen, a Japanese-American newspaper, and offered readers a $2 discount if they preordered the book. Wong mailed the books himself, selling out of the first print run.

The book, about a subject that was too painful for many Japanese-Americans when it was first published, resonated with a younger generation of readers. A few years later, in 1979, Wong and Dorothy Okada transferred publication rights to the University of Washington Press. It remains one of the press’s best-selling titles.

The rights manager for the press said it hired an intellectual property lawyer to look into the novel’s copyright status, and the lawyer, Nancy Wolff, determined that in the United States, the novel is in the public domain.

Other copyright experts say the case isn’t so clear cut and that the Okada estate might have a basis for asserting continued ownership over the novel. “This is really twisted, and reasonable minds could disagree,” said Jordan Greenberger, an intellectual property lawyer.

Wong said he hopes readers and educators continue to support the edition he helped to create, noting that it remains the only one with the approval and support of the Okada estate.

“I worked harder at getting this book published than getting my own books published,” Wong said. “The publishing history of the book is almost as important as the book itself.”

Alexandra Alter writes about publishing and the literary world. Before joining The Times in 2014, she covered books and culture for The Wall Street Journal. Prior to that, she reported on religion, and the occasional hurricane, for The Miami Herald.