Home » Books » Famous – with a little help from a friend

Famous – with a little help from a friend

Famous — with a little help from a friend: Showbusiness reporter who knew The Beatles, Bowie and Roger Moore reflects in a memoir

THE BEATLES AND BEYOND

This rollicking memoir — a veritable treasure trove of anecdote and gossip — is not so much a trip down Memory Lane as a star-strewn cavalcade down Memory Motorway.

Don Short is the uncrowned king of showbusiness reporters. Anyone who grew up reading the popular papers in the Sixties and Seventies, as I did, will have followed his endless scoops in the Daily Mirror, when that paper sold five million copies a day.

Short was a canny businessman, too, and went on to run a very successful syndication department for this newspaper. 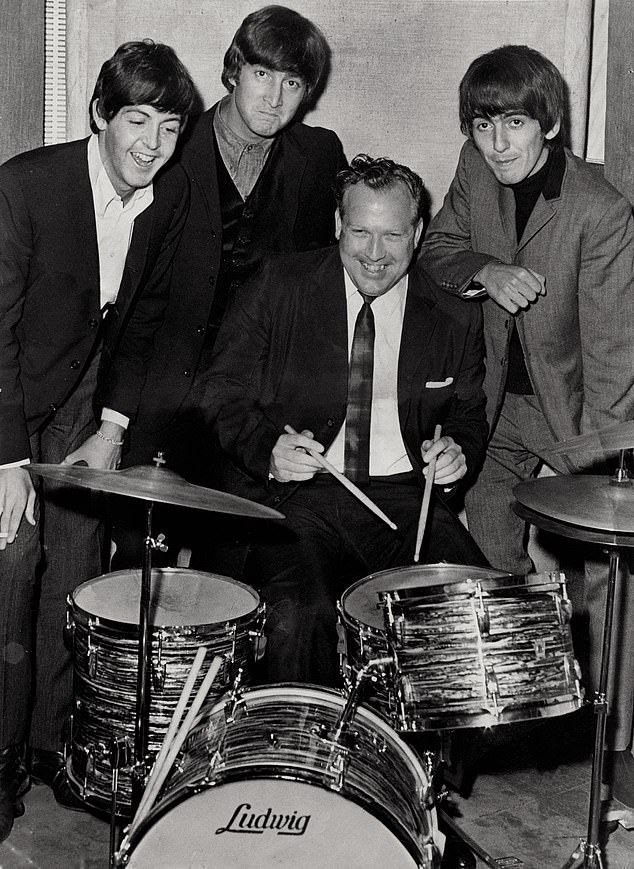 Don Short who was a Daily Mirror showbusiness reporter in the Sixties and Seventies, has penned a memoir. Pictured: Don with Paul, John and George

When rival papers wondered whether to check on yet another Short scoop, these words from a distinguished Fleet Street editor would ring in their ears: ‘If Don Short says it’s true, then it is.’

This was a time before social media, before mobiles and the internet when, as a journalist following a story, you had to be there. If you really wanted to know about the stars, you had to know them.

Showbiz wasn’t ruled by the PR and marketing machinery that controls so much of the news these days. Then, it meant constant travel, though you did get to stay in the best hotels. The Mirror had two planes on standby at Gatwick Airport for use any time.

For anyone over — ahem — a certain age, this is a magical roll call of showbiz royalty. Short knew everyone — The Beatles, the Stones, Burton and Taylor, Bowie, Richard Harris, Elvis, Roger Moore and his various wives. Here is Don having Paul McCartney, George Harrison and Pattie Boyd round for dinner at his house, and when Don’s six-year-old daughter can’t sleep, Paul sings her a lullaby. When Paul and George head for Ireland with their girlfriends, Don tracks them down and clambers into their room with a prized bottle of whisky.

John Lennon asks him to act as peacemaker when his father, Freddie, who had deserted Lennon at the age of seven, comes back into his life. It didn’t work out too well and we leave Lennon shouting at his father: ‘Get out, you’re just a good-for-nothing drunk! Get back to the gutter where you belong!’ Families, eh? 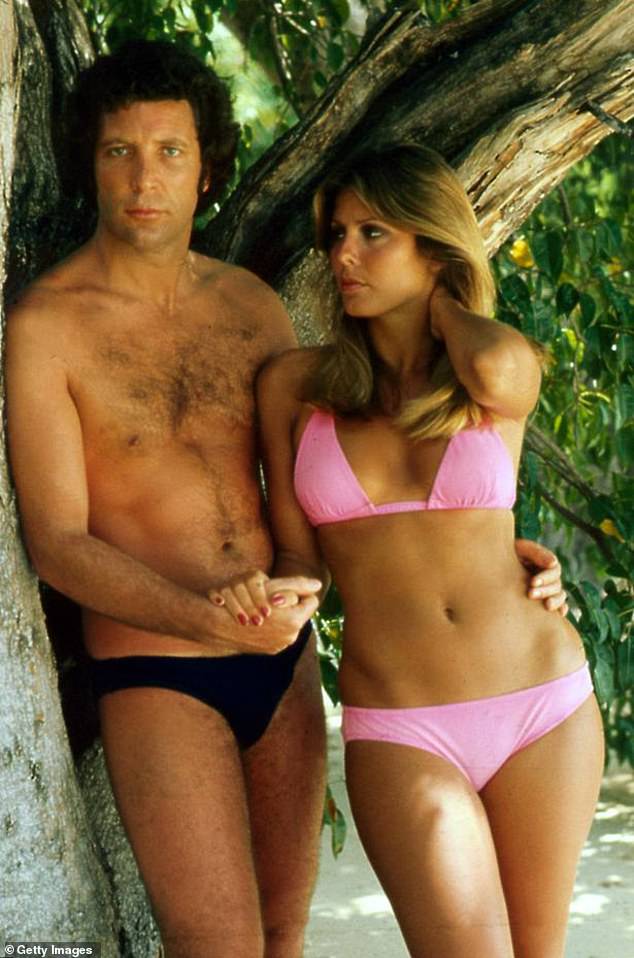 Don gives an account of Marjorie Wallace who was crowned Miss World in 1973, and had affairs with stars including Tom Jones (pictured) and George Best

Short even coined the term Beatlemania, and his excellent contacts with the band enabled him to break the world-exclusive story of their break-up in 1970. ‘Paul Quits The Beatles’ ran the banner headline, and the news flashed round the world.

This was a time when the words ‘man’, ‘dig’ and ‘bread’ (never just ‘money’) were scattered like confetti and when MeToo was a distant hashtag.

As Anthony ‘Zorba the Greek’ Quinn tells Short: ‘I don’t know where nature says you should only love one woman. I am not the kind of man who washes up the dishes or puts his slippers by the fireside.’ Indeed not. 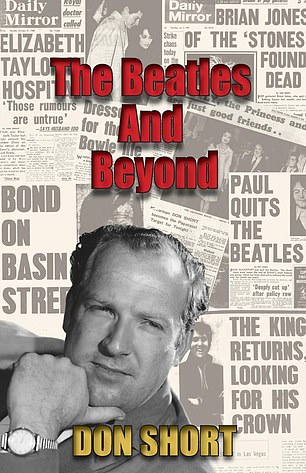 Short’s invited out to Thailand by Roger Moore who is filming a Bond film. After one epic party, he comes across the star, crippled by a monstrous hangover, and proffers an Alka-Seltzer with the words: ‘I can’t remember Bond ever having a hangover.’ ‘Bond isn’t human,’ replies Moore. ‘But Roger Moore is.’

For those with long memories, there is a splendid account of Marjorie Wallace who was crowned Miss World in 1973.

Marji, bless her, had affairs with more or less everyone, including Tom Jones and George Best. The romance with Jones was intense enough to rock his marriage to the long-suffering Linda. Eventually, she was read the riot act by Eric and Julia Morley, who ran Miss World and feared the contest was being tainted by Marji’s epic high-living. ‘I’ve been a fool,’ she told them. ‘I shall never see either of them again.’

A couple of hours later, Marji was back with Jones at his London hotel. She was stripped of her title, which was quite a tabloid show-stopper in those more innocent times.

But Marji still had a way to go. She became engaged to the U.S. racing driver Peter Revson, who then perished in a fireball in a racing accident. Poor Marji was distraught. But not so distraught that she couldn’t meet up again with Jones in Las Vegas.

Criticised for moving on a little too fast, she said she would never forget Revson but ‘life must go on’. Spot on, Marji. And thanks, Don, for a real feast.