Home » Books » For More Inclusive Writing, Look to How Writing Is Taught

For More Inclusive Writing, Look to How Writing Is Taught The United States is a diverse country, but the people who produce its stories are not. Last year, a survey of book publishing found that 76 percent of the staff who acquire, edit, market and publicize books are white. Another recent study determined that 95 percent of widely read English-language fiction in the United States was written by white authors. “We guessed that most of the authors would be white,” the researchers wrote, “but we were shocked by the extent of the inequality once we analyzed the data.”

Creative writing workshops, which train a significant number of writers and editors today, have long faced similar problems. The workshop model that started at the University of Iowa in 1936 and grew in popularity during the Cold War encouraged a view of fiction as separate from politics, racial or otherwise. Students were taught to produce concrete renderings of individual experience, with greater focus on personal agency than on social or historical circumstances. These principles were referred to as craft, and distilled to what are now considered universal truths: A good story should be driven by character, not plot. It should show, not tell. But, as Matthew Salesses argues in his book “Craft in the Real World,” “what we call craft is in fact nothing more or less than a set of expectations. … These expectations are never neutral.”

Salesses is the author of three novels, as well as essays on adoption, grief and parenting. In this new book, he dismantles a number of assumptions that underpin the teaching of craft in workshops. For example, students are often advised to choose striking details — what John Gardner called “the lifeblood of fiction” — and leave out others that are too familiar. The trouble is that what stands out to, say, a disabled white character will be different from what stands out to a Black trans character, which will in turn be different from what stands out to an undocumented character. Minority students may be told to scrap what is striking to them in favor of what is striking to the dominant perspectives of their workshops, which Salesses points out are overwhelmingly white and cisgender. As a result, the students’ artistic choices may be stifled rather than nurtured. 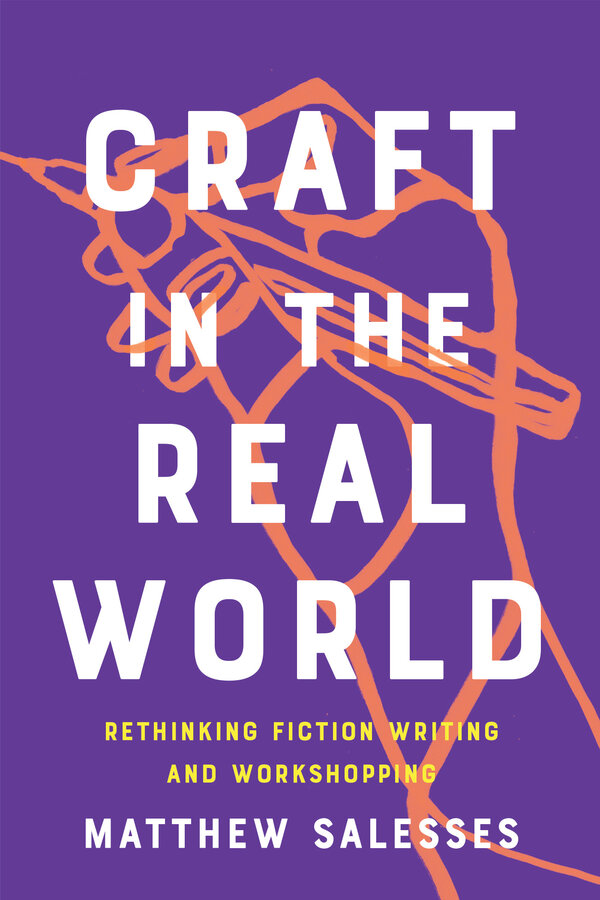 In the first half of the book, Salesses redefines craft terms like plot, conflict, tone, character and setting, arguing that each needs to be understood in its sociocultural context. For instance, a conflict that omits race or class pressures is as revealing a writing choice as a conflict that overtly refers to them. In the second half, Salesses quickly dispatches the traditional “cone of silence” workshop — in which the student sits quietly while peers and instructor give feedback — and instead offers alternative approaches like the critical response workshop, in which students ask questions and make observations, providing suggestions only if the artist requests them.

But Salesses is clearly a generous instructor, willing to share ideas for syllabus design, grading techniques and writing exercises. He brings to this work many years of experience as a writer and professor, along with palpable frustration at what he has witnessed or endured in these roles. The book is rife with anecdotes of insensitive or racist comments he heard during his training, experiences that will no doubt feel familiar to many writers of color. I was reminded of feedback I was given in a writing class many years ago, when I was working on my first book, a collection of stories about Moroccan immigrants attempting to cross the Mediterranean Sea. A white student suggested that I recast my story with Cuban refugees trying to reach Florida and that I excise from the text Arabic words, including those for which there are no English equivalents, in order to make my material more relatable to American readers. This revealed more to me about the critic than it did about the writing.

“Craft in the Real World” is a significant contribution to discussions of the art of fiction and a necessary challenge to received views about whose stories are told, how they are told and for whom they are intended.