From Marilyn to the bad boy of ballet, 2021's best illustrated books Presents that really are picture perfect: From Marilyn in her birthday suit to the bad boy of ballet, 2021’s best illustrated books 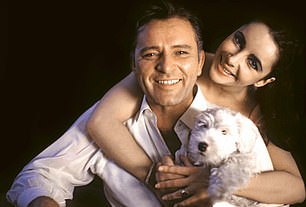 This is a huge and luxurious book full of photographs of Elizabeth Taylor in her prime — and one has to say, what a prime it was.

Eight photographers, including Norman Parkinson and Terry O’Neill, contribute pictures —some never before seen — and comment on how wonderful, marvellous, enigmatic and professional she was.

But it’s the images that count. She had the ability to look luminous even when she didn’t know someone was taking her picture. And the love in her eyes whenever she looks at that boozy old wreck Richard Burton still takes the breath away half a century later.

BRITAIN AT WAR IN COLOUR 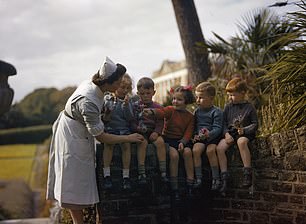 These astounding photographs of World War II, sourced from the Imperial War Museum archive, are not colourised versions of old black-and-white pictures, as I assumed, but real colour photos of the time shot on Kodachrome 35 mm stock, introduced in 1935. There’s an immediacy to these snaps that catches the eye and moves the heart, especially as you realise that most of the people in these photos are long since dead. Visually thrilling and never less than fascinating. 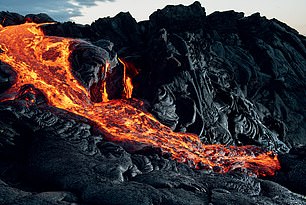 Hugely important, this book bemoans the effects of climate change on our shrinking natural habitats.

Who would have thought that such destruction could be made so beautiful? 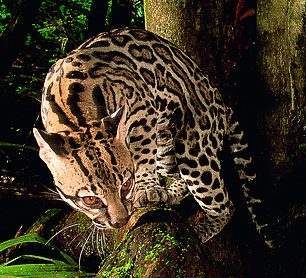 Books of wildlife photography are many and various, but I have not until now seen one that makes all its plants and animals look like aliens from another planet.

Christian Ziegler has a very particular eye, and whether he’s shooting ants eating a millipede or a group of bats that look as though they could happily eat us, he always chooses the odd and disturbing image over the obvious.

Daisy Dent’s accompanying text is full of good stuff. Did you know that bats have nipples in their armpits? Or that beetles fight their enemies by shooting gas out of their anuses?

Ziegler and Dent do. I bet they’re a wow at dinner parties.

A PORTRAIT OF THE TREE 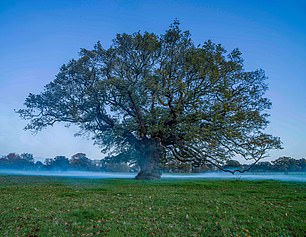 If your idea of fun on a winter’s afternoon is to go to the local park and stare at trees, which is what I am going to do in a minute, then this is very much the volume for you.

Deciduous, coniferous, trees in full leaf, trees in bloom, old trees, new trees, incalculably ancient trees; this book has everything you would want, skilfully photographed by Houston and neatly annotated with oodles of fascinating facts. 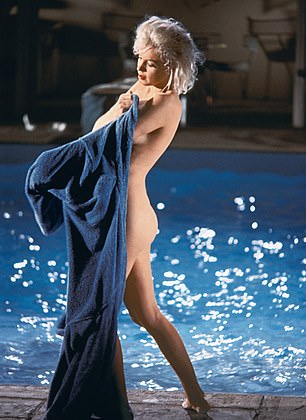 When Lawrence Schiller met Marilyn Monroe, he was a 25-year-old photojournalist working for Paris Match magazine, and she was about to make her final film. Over the next few weeks he took hundreds of photos of her, some formal, some private, some completely opportunistic, and about 100 of them are reproduced here with extensive notes by Schiller.

It’s a blissful book, a portrait of a vanished era, and Marilyn can rock a blue bathrobe like no one in history. ‘Marilyn was a photographer’s dream with her clothes on,’ writes Schiller, ‘and even more stunning with them off.’ You won’t get any disagreement from me on that score.

FREE: A  LIFE IN IMAGES AND WORDS 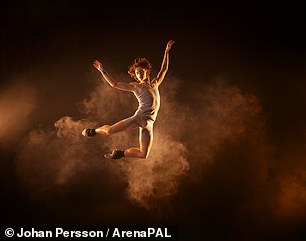 Not a name that I had encountered before, Polunin is a Ukrainian-born, British-trained ballet dancer; rather a good-looking man, of apparently rare talents and extraordinary dedication.

This is an autobiography in words and pictures, the words rarely more than functional, the pictures often spell-bindingly good. It’s usually only sportsmen who write autobiographies this early on in their lives (Polunin is 32), but this book is aimed at serious ballet fans and anyone keen on muscular young men jumping ridiculously high in the air. It also shows how often young Polunin gets his kit off. The clothes just seem to fall off the poor fellow.

Helen Mirren, who had a similar problem in her youth, contributes an appreciative introduction.

HER MAJESTY: A PHOTOGRAPHIC HISTORY 1926-TODAY 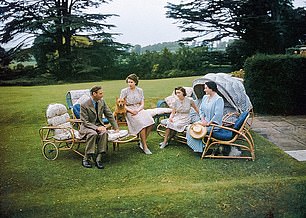 In this lavishly appointed picture book celebrating the Queen’s reign, Christopher Warwick writes about her whole life so far. The photos range from childhood shots of a tiny, black-and-white Princess Elizabeth to the much-loved ruler of today.

While there’s nothing new to write on this very familiar subject, at least Warwick does so without recourse to the usual cliches of royal reportage.

An impressively detailed piece of work, far better than the usual run of such books.