Home » Books » From Turkey to China to Norway, These Novels Take You Back in Time

From Turkey to China to Norway, These Novels Take You Back in Time “Whatever you do, whatever you call your form of government, you end up with a sultan at the top.” When LOVE IN THE DAYS OF REBELLION (Europa, 496 pp., paper, $19) was first published in Turkey in 2001, Ahmet Altan, the author who gave those words to one of his characters, was a free man and Recep Tayyip Erdogan, the former mayor of Istanbul, was just beginning his rise to national prominence. But Brendan Freely and Yelda Turedi’s translation of Altan’s novel arrives under very different circumstances, with President Erdogan firmly in power and Altan behind bars, a political prisoner accused of crimes against the state for his activities as a journalist. Reading the newly released second volume of Altan’s Ottoman Quartet suggests that the death of his country’s old empire may shed light on the new ones that followed.

As in its predecessor, LIKE A SWORD WOUND (Europa, 352 pp., paper, $18), Altan’s lush swirl of intrigue and speculation is filtered through the consciousness of a reclusive modern-day citizen of Istanbul, holed up in his grandfather’s decaying mansion, channeling the stories of his ancestors and those who surrounded them. The action unfolds in the barracks of army officers and their troops, in the shadows of a monastery of Sufi dervishes, in the mansions of the often deeply corrupt upper classes and in the chambers of the sultan’s palace, where he indulges his fear of the dark and his hunger for gossip and rumor.

The sultan’s gentle physician and his French-educated bureaucrat son are among the main players, as are a politically active army officer and a worldly-wise sheikh who never leaves his quarters but exerts his influence well beyond its walls. Yet the women are the ones who command their — and our — attention. The physician’s estranged Egyptian wife matches her legendary beauty against that of her wayward daughter-in-law. The Polish-born widow of an elderly pasha amuses herself with casual affairs, then succumbs to the rough charms of a soldier lover. A new mother seethes with hatred for her unfaithful husband while a teenager finds herself drawn to a courtly older man. And all must make their way in a city where “being victorious was as dangerous as being defeated.” Small wonder that the third volume of the series, next up for translation, has been tentatively titled “Dying Is Easier Than Loving.” 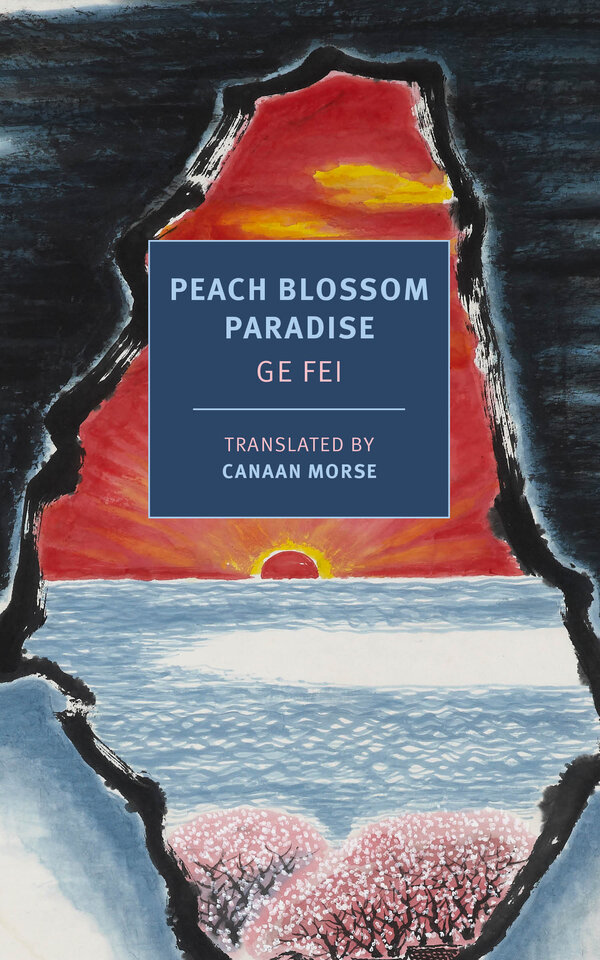 Ge Fei also describes the collapse of a dynasty, but his Jiangnan Trilogy only burnished his status in the People’s Republic, helping to make him one of the most respected writers in 21st-century China. Canaan Morse’s translation of the opening volume, PEACH BLOSSOM PARADISE (New York Review Books, 392 pp., paper, $17.95), showcases its deft mix of history, myth and invention, depicting a young woman’s emergence from her sheltered childhood to confront the realities of a land on the brink of violent change.

It’s the end of the 19th century, and Xiumi, the daughter of a wealthy landowner, is living at the family mansion in the village of Puji. This is a household of women, presided over by her mother because her father has mysteriously wandered off, apparently disappearing into thin air. Is he simply an eccentric madman? Or is he just one of the many characters who’ve been led astray by their own visions of a perfect society? One such is her mother’s lover, who leaves behind a diary disclosing dangerous revolutionary activities. Another is a bandit lord whose dream of creating a perfect refuge in a lakeside village will go up in flames. Might yet another be Xiumi herself?

Xiumi’s attempts to right the wrongs that have been done to her — and to others — take place in a vividly evoked array of settings. The inhabitants of Puji village offer an energetic chorus of background voices, as do servants and hangers-on at the family home. And an interlude on a tiny island, where the kidnapped Xiumi awaits her fate, accompanied by a Buddhist nun, is properly foreboding. Wherever she finds herself, Xiumi will make an effort to chart her own course, but it seems inevitable that at times she will feel “like a fallen leaf caught in a river, trapped in the current and dragged through the water before she could even make a sound.”

The title character in OLAV AUDUNSSON: VOWS (University of Minnesota, 336 pp., paper, $17.95) expresses similar feelings at the outset of this novel of medieval Norway, the first in a four-volume saga that originally appeared almost a century ago — and, along with the better-known Kristin Lavransdatter trilogy, won the Nobel Prize for its author, Sigrid Undset. Tiina Nunnally’s new translation captures the dark imperatives of a land where clan loyalties and ancient codes of honor have become ensnarled in the struggle between rising powers: the church and the royal court. Inevitably, orphaned Olav and Ingunn, the bride promised to him by his foster father, will find themselves caught up in the conflict: “They were like two trees, ripped loose by the springtime floods and set adrift in a stream.”

What resources do this pair of teenagers have except guile, courage and luck? Unfortunately, they’re also classic adolescents — impetuous, stubborn and self-absorbed. Until Olav comes of age, they’re at the mercy of Ingunn’s increasingly fractious family. Flight to the supposed security of a community of Dominican monks offers only a temporary respite. And when a murder takes place on this holy ground, exile for Olav is the only recourse. Atonement can be made, but it will take time and money.

As the years pass, Olav joins the retinue of a powerful earl fighting in Denmark and Ingunn is left to bide her time at a remote estate with her aunt and grandmother, a disgrace to her relations and, increasingly, to herself. The vows she and Olav have made to each other appear to be fraying. Ingunn may become tired of waiting and Olav may become too diverted by his life as a warrior. “For a man who insists on doing what he wants to do,” a wise prelate has warned him, “there will soon come a day when he sees he has done what he never intended to do.”