Game of Thrones Winds of Winter: Littlefinger’s HORRIFIC plans for Sansa ‘include murder’

Everything turned out very nicely for Sansa on the HBO adaptation. But her position in the books so far is very different and has diverged a lot from the TV show. Thankfully, it looks like she will avoid the horrifying Ramsay Bolton plotline altogether. However, Petyr Baelish has something almost as skin-crawlingly awful lined up for her in Winds of Winter.

Littlefinger’s interest in the eldest Stark girl is equally twisted and opportunistic in the books.

He clearly finds her to be a substitute for his obsession with her mother, Catelyn Stark. But he also has a clear eye on where he can position her – and himself through her.

In the books, Sanda is currently disguised as Alayne Stone, Baelish’s bastard. In A Feast For Crows her tells he plans to have her marry Ser Harry Hardying, the heir to the Vale after Jon Arryn, after he has revealed she is actually the Stark heir to Winterfell with Bran and Rickon both reported dead. 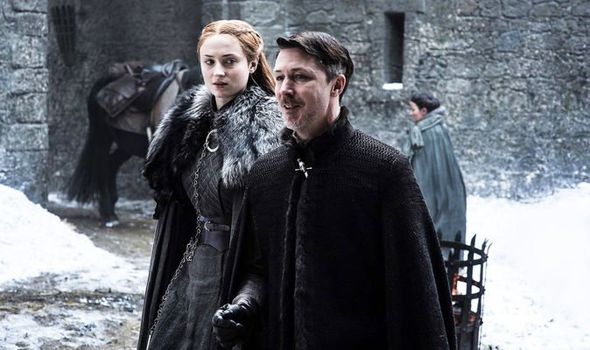 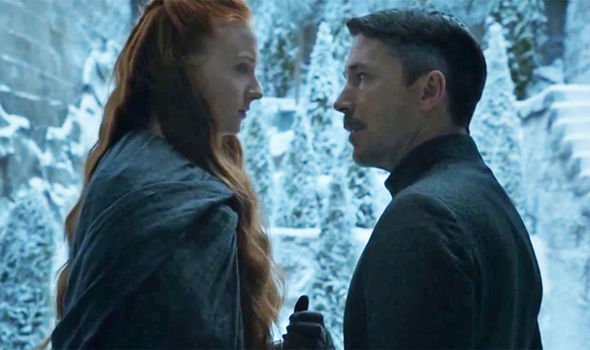 In an advance chapter from The Winds of Winter released online, Sansa attempts to ‘beguile” Hardying but he treats her with contempt believing her to be a bastard.

Readers already suspect a sticky end for Hardying and Sansa will certainly no longer be dazzled by handsome but cruel men.

All the signs are pointing in a different and disturbing direction.

Worryingly, it is something that the late and greatly unhinged Lysa Arryn wanted… 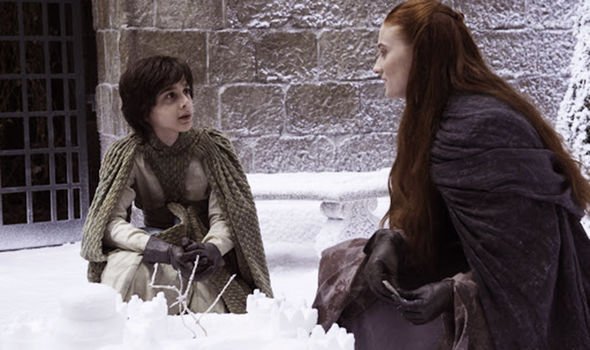 There has been much speculation over whether Petry is poisoning Robyn Arryn.

Almost certainly not – Petyr still needs Robin and the sickly boy has proved easy to manipulate and control. Why would Petyr kill his clearest path to power in the Vale?

There are also strong arguments that Robin’s shaking fits and sicknesses are not an indication he is being poisoned but rather a sign of his addiction to the drug Sweetsleep, which started when he was breastfeeding from Lysa, who was talking the drug.

Game of Thrones Sansa future revealed: She will NEVER have TWO things

It says: “I think his plan after Lysa’s death is to marry Sansa to Robin as soon as Robin hits puberty and can consummate the marriage. Then Robin can die of an “illness” or an “unfortunate accident”, and Petyr can marry Sansa himself as soon as she’s a widow.

“That gives him control of Robin’s lands, control of Winterfell and the North, and his Catelyn substitute, all in one tidy package.”

The one problem with this theory is why Petry is pushing Sansa so hard at Hardyng if he also has plans in place for Robin.

Unless he is playing an even longer game and will pass her from Hardying to Robin and then, finally, take her for himself.

Hopefully, Sansa will start displaying some of that political ruthlessness and skill she deployed in the last few seasons of the HBO show…