How an Artist Listens to the Voices in His Head 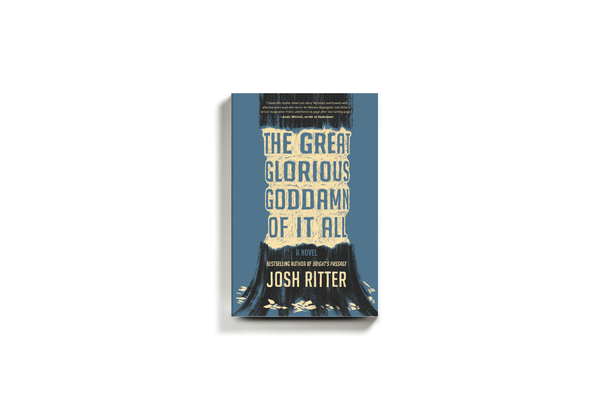 The singer and songwriter Josh Ritter’s musical work is often praised for its imaginative and deeply considered lyrics. His first novel, “Bright’s Passage” (2011), started as a song before Ritter transformed it.

For his second novel, “The Great Glorious Goddamn of It All,” he was inspired by the history of Idaho, where he grew up. It’s narrated by Weldon Applegate, a 99-year-old man remembering back to his teenage years, when the long line of lumberjacks in his family seemed like it might be petering out.

The novel is a tall tale laced with humor and salty language, delivered by Weldon in a classically folksy manner. (His father was “so poor he could barely afford to whistle a tune.”) Below, Ritter talks about the irascible Weldon, the history of timber towns, the characters in his head and more.

When did you first get the idea to write this book?

About seven years ago, living in Woodstock, N.Y. I’ve always been really interested in myth, and particularly American myth, because you can get such big ideas into small spaces.

I was sitting on the floor with my daughter, Beatrix, who was very young at the time, and I just noticed the floorboards in this house, which were immense. Each one looked like a supper table. I was thinking of the people who took down those trees and moved them, and how they had turned them into these incredible floorboards. I’ve never really read a story about lumberjacks, and I grew up around lots of timber towns. So my mind went from those floorboards to those towns in northern Idaho where I was a boy, and from there the idea was just so plain: I had to write a lumberjack tall tale.