Home » Books » How Does Bill Gates Plan to Solve the Climate Crisis?

How Does Bill Gates Plan to Solve the Climate Crisis? First things first — much respect to Bill Gates for his membership in the select club of ultrabillionaires not actively attempting to flee Earth and colonize Mars. His affection for his home planet and the people on it shines through clearly in this new book, as does his proud and usually endearing geekiness. The book’s illustrations include photos of him inspecting industrial facilities, like a fertilizer distribution plant in Tanzania; definitely the happiest picture is of him and his son grinning identical grins outside an Icelandic geothermal power station. “Rory and I used to visit power plants for fun,” he writes, “just to learn how they worked.”

And this new volume could not be more timely — it emerges after a year that saw the costliest slew of weather disasters in history, and that despite a cooling La Niña current in the Pacific managed to set the mark for record global temperature. As everyone can attest who watched the blazes of Australia and California, or the hurricanes with odd Greek names crashing through the gulf, we are in dire need of solutions to the greatest crisis our species has yet faced.

It is a disappointment, then, to report that this book turns out to be a little underwhelming. Gates — who must have easy access to the greatest experts the world can provide — is surprisingly behind the curve on the geeky parts, and he’s worse at interpreting the deeper and more critical aspects of the global warming dilemma. Since he confesses that he completely missed the climate challenge until 2006, when he met with some scientists almost two decades after the problem emerged (previously “I had assumed there were cyclical variations or other factors that would naturally prevent a true climate disaster”), it’s perhaps not surprising that he’s still catching up. And yet, his miscalculations are important, because they are widely shared.

Let’s do the numbers first. Gates correctly understands the basic challenge, which is to “get to zero” as soon as we can. “Humans need to stop adding greenhouse gases to the atmosphere,” he writes, which is as useful a sentence as the English language admits. And he understands that the key to doing this is to electrify as much human activity as possible: from powering our computers to turning the wheels of our cars and buses to producing steel. But when it comes to generating that electricity, he worries that solar panels aren’t becoming more efficient fast enough: Unlike computer chips, for instance, there’s no “Moore’s law” that doubles their usefulness every two years. 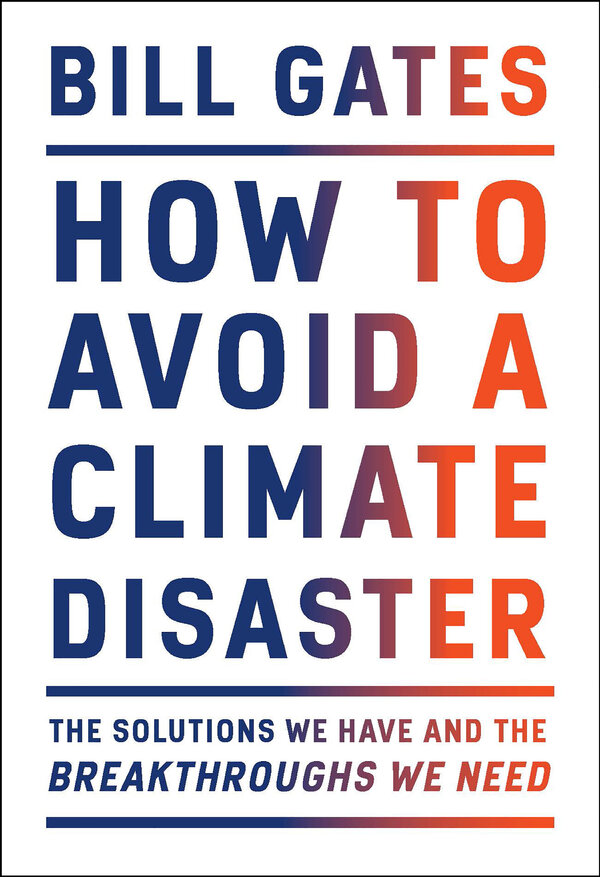 But that’s not really the target here: In fact, as the analyst Ramez Naam pointed out last spring, the price of solar power has dropped astonishingly in the last decade, far outpacing even the most optimistic forecasts. The price drop is 50 to 100 years ahead of what the International Energy Agency was forecasting in 2010, mostly because we’re getting better at building and installing solar panels. Every time we double the number of panels installed, the price drops another 30 to 40 percent, and there’s plenty of runway left.

These staggering numbers are why Gates’s current-day snapshots of the “Green Premiums” you need to pay for clean energy don’t mean as much as he thinks they do: Especially since storage batteries are now dropping in price on a similar curve, it’s clear that the imperative is to install as much solar (and wind power, which is on the same price trajectory) as fast as humanly possible, since if we don’t make huge progress in the next 10 years scientists have made clear we can kiss the targets we set in Paris goodbye.

One wishes Gates had talked, for instance, with Stanford’s Mark Jacobson, whose team has calculated how almost every country on earth could go to 80 percent renewable energy by 2030. If he had, he might have understood more clearly that the things that really interest him — advanced nuclear power, for instance, where he describes his considerable investments — are more about mopping up: He’s absolutely right that we should be investing in research across a wide list of technologies because we may need them down the line to help scrub the last increments of fossil fuel from the system, but the key work will be done (or not) over the next decade, and it will be done by sun and wind.

As London’s Carbon Tracker Initiative explained last year, building new sun- and wind-power facilities is already, or soon will be, cheaper even than operating existing coal-fired power. Most people, Gates included, have not caught on yet to just how fast this engineering miracle is happening.

So why aren’t we moving much faster than we are? That’s because of politics, and this is where Gates really wears blinders. “I think more like an engineer than a political scientist,” he says proudly — but that means he can write an entire book about the “climate disaster” without discussing the role that the fossil fuel industry played, and continues to play, in preventing action.

We now know from great investigative reporting that the oil companies knew everything about climate change back in the 1980s, and that they systematically built an edifice of disinformation and denial to keep us in the dark. That’s why we’ve wasted almost three decades of scientific warning. “I don’t have a solution to the politics of climate change,” Gates writes, but in fact he does: He founded, and his foundation is a shareholder in, a company that has donated money to exactly the politicians who are in the pocket of big oil. A Bloomberg analysis last fall found that Microsoft had given only a third of its contributions to “climate-friendly” politicians. Emily Atkin, in a December issue of her climate newsletter Heated, pointed out that Microsoft had joined 42 other corporations in a letter to President-elect Biden calling on him to enact “ambitious” climate policies — and then donated to David Perdue for his Georgia Senate runoff (other signatories to the letter also gave to Kelly Loeffler). Had they won and the G.O.P. retained control of the Senate, the chances for those ambitious climate policies would have been nil.

Gates mentions in passing at one point that he chose to divest his fortune from fossil fuel companies, but only because “I don’t want to profit if their stock prices go up because we don’t develop zero-carbon alternatives.” He scoffed at the idea that activists (who otherwise go mostly unmentioned in this book) thought that “divesting alone” would “transform the world’s energy system.” But of course those activists, myself included, thought no such thing. They understood that weakening the fossil fuel industry was simply one key part of the job of rapid decarbonization, just like engineering. That is, the activists were thinking multidimensionally, which Gates is so far not.

Maybe that’s a weakness that comes with wealth; it’s obviously easy enough to slag Gates for flying in a private jet (and his publisher must have winced a little when he chose the winter of his book launch to join a bidding war for ownership of the world’s largest private jet servicing company). But I think that’s missing the point: The exhaust plume from his airplane won’t make or break the planet’s temperature, but given his resources and political reach, the quality of his analysis just might.

Power comes in many forms, from geothermal and nuclear to congressional and economic; it’s wonderful that Gates has decided to work hard on climate questions, but to be truly helpful he needs to resolve to be a better geek — he needs to really get down on his hands and knees and examine how that power works in all its messiness. Politics very much included.