Home » Books » How Hidden Billions Are Making the Rich Richer

How Hidden Billions Are Making the Rich Richer

During the federal trial of Donald Trump’s former campaign manager Paul Manafort, prosecutors extensively detailed his lavish spending on clothing, listing multiple purchases that included an $18,000 suede coat, pairs of trousers at $2,800 each and total spending of nearly $1 million at one Manhattan store over a multiyear period. By enumerating these purchases, the prosecutors hoped to present a picture of unbridled greed to support their portrait of corruption and tax evasion. Though they were scolded by the judge, who snapped, “We don’t convict people because they have a lot of money and throw it around,” they did win the case; Manafort was ultimately sentenced to seven years in jail.

For many, the case was a leading indicator of the corruption surrounding Donald Trump, but for the British journalist Oliver Bullough, it is simply one more glimpse into a world he calls “Moneyland,” a shadow system of trillions of dollars of hidden assets that transcends nations, feeds corruption and “quietly but effectively” is “impoverishing millions, undermining democracy, helping dictators as they loot their countries.” After years of exhaustive investigative research for the book he also calls “Moneyland,” Bullough offers not just a bill of particulars spanning continents but a polemic about the dangers of a global cancer that must be exposed and combated.

In dizzying detail, Bullough takes us on a tour of Moneyland, a place one part defined by geography and several parts more by demography. The physical havens of Moneyland are the familiar offshore tax shelters like the Isle of Jersey, Switzerland (until recently) and the Cayman Islands, as well as less familiar ones like Nevis, where Bullough finds nondescript buildings housing 18,000 corporations and very few actual people. The neighboring island of St. Kitts has its own brisk business of selling passports for tens of thousands of dollars a pop. There are also domestic havens, ranging from the trust-friendly city of Reno, Nev., to the corporation-friendly state of Delaware. And of course there is the luxury real estate of London, with scores of mansions in Mayfair, and New York, with sparkling towers whose apartments sell for tens of millions of dollars to Ukrainian and Russian billionaires — and Greek and Chinese and Brazilian and American ones — dwellings with few actual occupants. 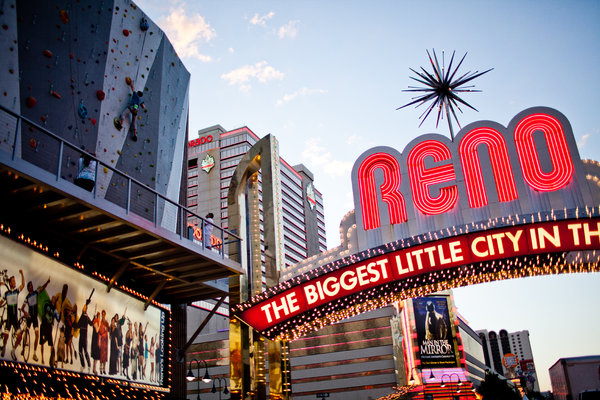 Then there is the financial infrastructure of Moneyland. Bullough offers in sometimes excessive detail anecdotes of the rich and not-so-famous secreting fortunes, often through webs of interlocking trusts that disguise identity and place assets beyond the reach of governments. Legions of lawyers make use of codes and loopholes like the EB-5 program in the United States, whereby anyone who invests $500,000 to $1 million can gain a visa; by some estimates, that program alone contributed more than a billion dollars to the new, gleaming Hudson Yards project in Manhattan, mostly from wealthy Chinese.

A large swath of Moneyland is completely legal, especially given that multiple jurisdictions have designed laws intended to create a comfortable home for capital that wants anonymity. That legal blanket has, alas, enabled despots and other powerful individuals to skim assets in countries where the rule of law is thin — think Zimbabwe or Russia — and stash them beyond anyone’s reach.

In Bullough’s estimation, Moneyland is the dark twin of globalization, an unregulated system made possible by the same tissues of connectivity that have enabled global supply chains, cross-border trade and electronic cash flows. The efforts of governments, especially Washington, to plug the loopholes and prevent, say, a multinational bank like UBS from using Swiss laws to help American investors evade taxes, are a game of whack-a-mole. Without concerted multigovernment efforts, the system will remain unassailable.

Like all polemics, this one is strong on passion, but even with ample examples, the assertion that Moneyland is a fatal rot does not make it so. Corruption may weaken open institutions in countries where they were never entrenched, but is that cause or effect? Bullough brilliantly uncovers the scope of hidden money, but whether that represents an existential threat to democracy remains an unresolved, and crucial, question.

Zachary Karabell is an author and investor; his next book, on money, power and the making of America, will be published in 2020.