Broke, broken, betrayed: The third volume of this brilliant biography reveals how Mrs T was turfed out of office with no money in her bank account and struggled to operate a TV or even a telephone

Margaret Thatcher liked to collect improving thoughts and inspirational quotations, jotting them down in old diaries.

It’s easy to picture her doing this as a swotty schoolgirl above the grocer’s shop in provincial Grantham, her mind already set on higher things, but, more surprisingly, she carried on the habit in Downing Street and beyond.

One of the most revealing entries, made after she was booted out from high office in 1990, is from a 19th-century Scottish poet, Charles Mackay. It reads: 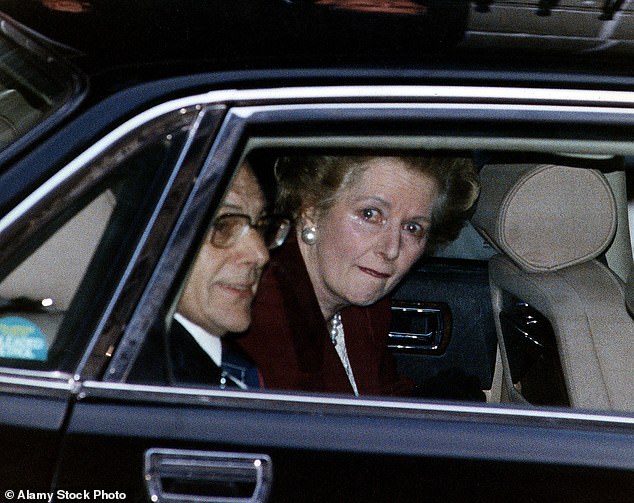 You have no enemies, you say?

Alas! My friend, the boast is poor;

He who has mingled in the fray

Of duty, that the brave endure,

Must have made foes! If you have none,

Small is the work that you have done.

Combative to a fault, revelling in the battle, defiant to the end, happy to have made enemies because how else would the mighty task she had set herself of changing Britain for the better ever get done?

Here is the very essence of the lady who proudly boasted she was not for turning.

Her father, her role model, had dared her to be a Daniel in the lions’ den, and she had not disappointed. Her experience was that the lions always backed off.

Yet the sheer weight of those enemies accumulated over 11 fiery years and three terms as Prime Minister would, in the end, be her downfall. Not the obvious enemies, though — the Galtieris and Scargills. They were successfully fought and consigned to history.

It was the foes closer to home, her colleagues and supposed friends, who, Brutus-like, plunged in the knife, leaving her shattered by the speed and venom of her defenestration. 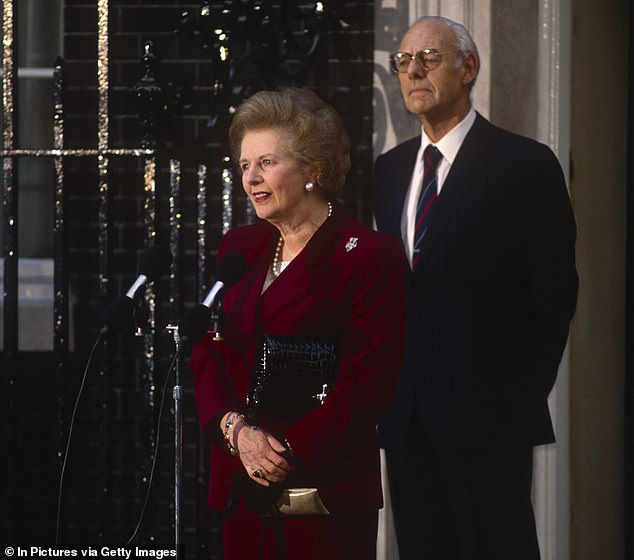 Her demise was — as this outstanding, hugely readable biography shows — pure Shakespearean tragedy. The very virtues that made her great were also her vices. Inevitably, hubris led to nemesis.

This final part of Moore’s trilogy — from Thatcher’s record-breaking third general election victory in 1987, through to her ejection from office in November 1990 — is the denouement where, for all the hard-won success that had gone before, she got her comeuppance.

Paradoxically, the rest of the world adored and admired the Iron Lady. On a trip to Armenia, of all places, locals held up a banner declaring: ‘You are the most beautiful and famous prime minister in the world.’

Ronald Reagan and Mikhail Gorbachev agreed, in thrall to her strength of personality and purpose (though some other leaders begged not to sit next to her at state dinners because they knew she would lecture them non-stop).

Number of hair appointments Mrs Thatcher had in a year

At home, however, she was losing the public’s confidence, especially those in the ‘just managing’ category who had been her avid supporters. The poll tax — a revamp of local taxation that made sense on the surface, but was appallingly managed and presented — did much damage to her reputation.

It led to riots on the streets that left her baffled — as she saw it, she was simply preaching common sense. Opinion polls showed a slump in support for her, confirmed by losses in by-elections. Tory MPs, fearing for their seats, were whispering and levelling blame at her as an albatross around their necks.

What really sank her, though, was not the poll tax. It was the contentious issue that, like Blackpool in a stick of rock, still runs through the heart of Tory party politics — Europe.

Thatcher grew increasingly sceptical of Britain getting too close to Brussels. ‘We have not successfully rolled back the frontiers of the state in Britain,’ she thundered, ‘only to see them reimposed [by] a European super-state’. But her growing intransigence set her on a collision course with the bulk of her colleagues. 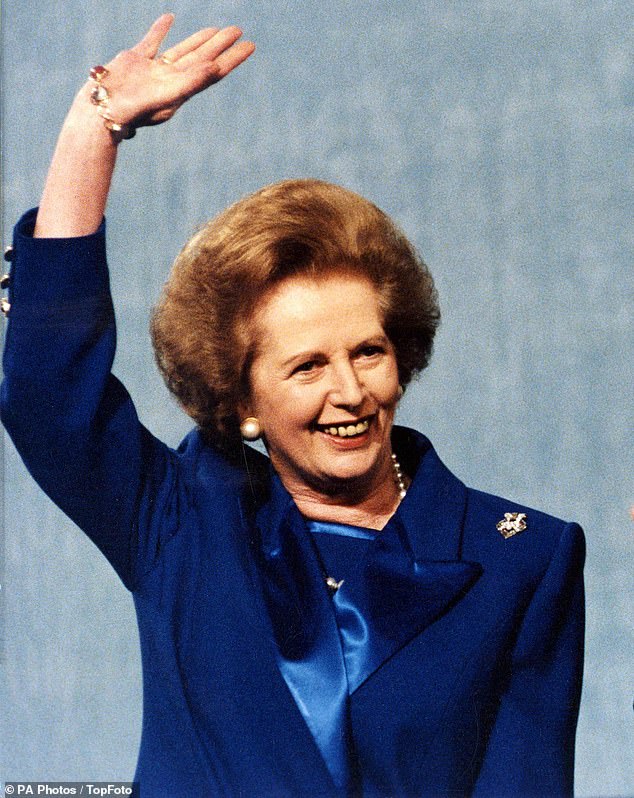 The very strength of her character that beguiled those foreign leaders had long caused serious ripples in her own Cabinet. These now became a tidal wave of resentment.

She didn’t hold back, belittling and bullying senior Cabinet figures such as Geoffrey Howe and Nigel Lawson, often in front of colleagues. She stopped bothering to listen, closing discussion on one contentious matter with an imperious ‘I must prevail’.

Feeling excluded, miffed members of her Cabinet took to plotting behind her back — which became the sorry hallmark of the whole era.

The final whodunnit drama, told grippingly by Moore even though we know the outcome, was not an edifying one, as cabals of muttering male colleagues ratted on her. A deep current of misogyny underlay their actions, as it had throughout her political career.

In a challenge to her leadership of the party by Michael Heseltine, she won the first ballot by a comfortable margin, but was just four votes short of the numbers required for an out-and-out victory.

A second ballot was necessary, in the run-up to which the politicking was feverish and deeply personal. 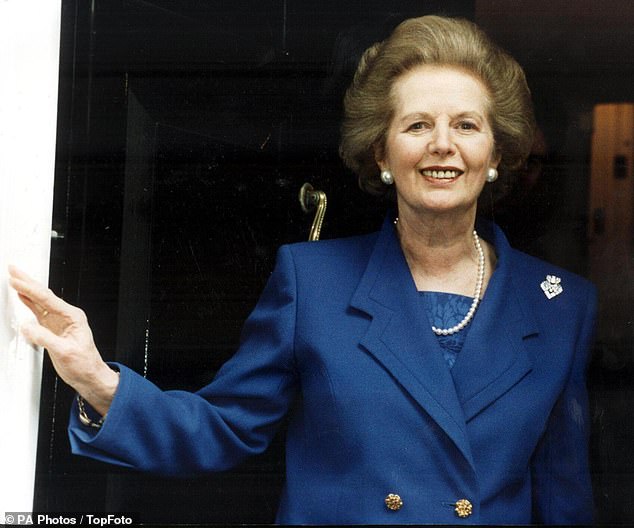 Collectively, they wanted her gone, but nobody had the balls to tell her to her face. In one-to-one meetings with her, senior figures such as Kenneth Clark unctuously offered their personal support, but with the warning that ‘most of the Cabinet think you should stand down as you are going to lose big’.

Moore is scathing in his condemnation. They couldn’t even stab her in the front. But, seeing how the wind was blowing, she bowed to the inevitable and stood down — though she rightly never lost the feeling that she had been betrayed by turncoats; cast out by a coup.

Moore concludes that the manner of her fall was a disaster which created ‘an unforgettable, tragic spectacle of a woman’s greatness overborne by the littleness of men’.

As for the lady herself, the shock of leaving Downing Street, her home for the past 4,227 days, was immense. Moore draws a poignant and painful picture of what he calls ‘the lioness in winter’, shorn of her power, claws clipped and utterly lost.

A personal assistant, Amanda Ponsonby, accompanied a teary Margaret and Denis from Westminster to their house in suburban Dulwich and found the fridge empty, not a scrap of food in sight. Days before, Mrs T had been dining in style with world leaders; now ‘she and I sat in the kitchen. She was completely broken’. 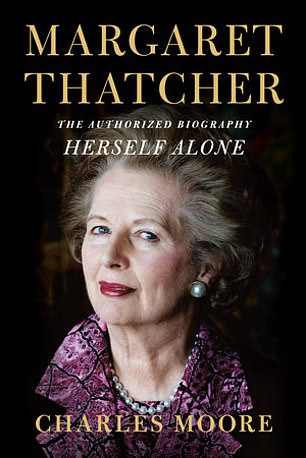 And not just broken, but broke. ‘There was no money in her bank account,’ one of her aides discovered, ‘and I mean no money.’

She’d paid for everything out of her prime ministerial salary. Denis, it seems, though comfortably off in his own right and beamingly proud of her, never voluntarily put his hand in his pocket for her from 1979 (when she became PM) to the day he died 24 years later.

Thrust back into everyday life, she struggled, baffled by the TV remote and direct dialling on the telephone. There’d always been others to deal with such trivialities. When the hot water didn’t work, she rang her ex-adviser Charles Powell, rather than a plumber, to fix it.

She struggled with being out of the loop. Why hadn’t the U.S. secretary of state phoned her about Iraq? Why had her access to classified documents been revoked? Every morning, she’d listen to some major problem being aired on the radio news at 7am, and, by 10am, had worked out a solution, but no one wanted to know.

She told a senior civil servant who came to visit that she woke feeling depressed, realising she was no longer prime minister. ‘She couldn’t get used to not taking decisions.’

The money and domestic problems solved themselves. Old friends and admirers were generous, there was a massive book deal for her memoirs and she went on to earn a small fortune on the international lecture circuit. But the hurt she felt never really went away.