Home » Books » How not to star in your own disaster movie

How not to star in your own disaster movie

How not to star in your own disaster movie: Authors who examined deaths in films reveal the threats you see on screen are far more dangerous than in real life

HOLLYWOOD WANTS TO KILL YOU

One person who should read this book is Donald Trump.‘He is obsessed with sharks,’ close friend Stormy Daniels revealed last year. ‘Terrified of sharks. He was like: “I would never donate to any charity that helps sharks. I hope all the sharks die.”’

Yet a quick perusal of the chapter about Jaws in Hollywood Wants To Kill You would reassure the U.S. President that sharks very rarely kill humans.

In 2018 they accounted for only five deaths. By contrast, we kill 100 million of them every year. Sharks are also in danger from whales. In an astonishing act of precision, the killer whale will extract a great white shark’s liver — very tasty and nutritious, apparently — then discard the rest of the creature’s body. 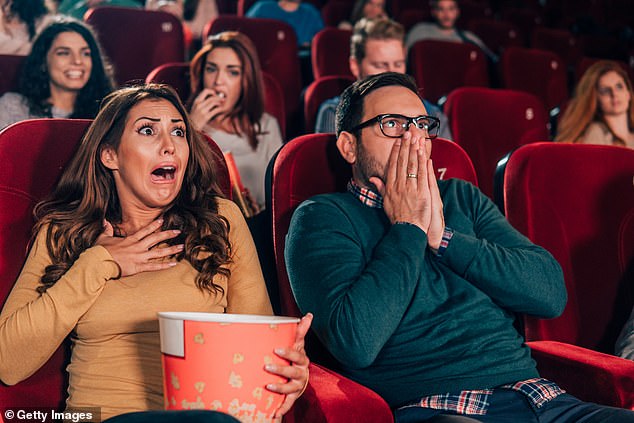 I realise that President Trump is unlikely to act on my recommendation. But the rest of you should.

This wonderful book takes the different ways in which movies have inflicted death — viruses, asteroids, robots, climate change and so on — and examines the science behind them.

You’ll be relieved to learn that pretty well every ‘threat’ is far more dangerous in the cinema than in real life.

The chapter on nuclear weapons, for instance, mentions the British Trident missile which, in 2016, started heading for the U.S.

It’s thought an enemy agent had managed to hack into the missile’s computer software — but even though this potential catastrophe was set in motion, as soon as the missile realised its error, it simply self-destructed.

Of course, you never thought you were in danger in the first place, did you? As the authors point out, this is the very reason we love disaster movies: we know they’re just movies. ‘We thrive on the adrenaline that accompanies the threat,’ they write. ‘Perversely, it makes us feel alive.’

Instead, Rick Edwards and Dr Michael Brooks use the movies in question as starting points for fascinating science lessons.

Did you know, for example, that goosebumps are a legacy from the time when we were covered in fur? Faced with a predator — a sabre-toothed tiger, perhaps — our hairs would stand up on end to make us look bigger, and therefore a ‘slightly less viable meal’. 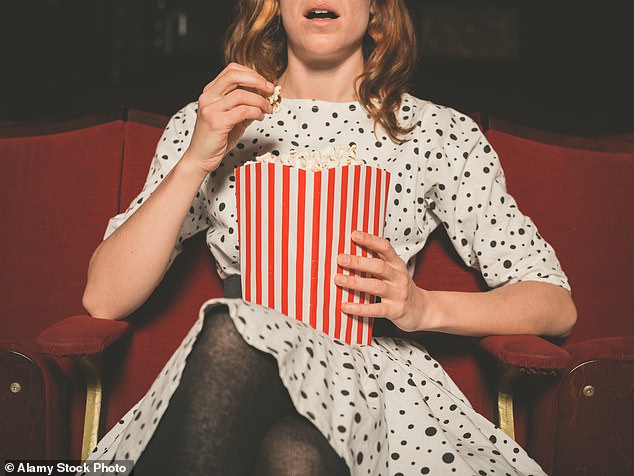 Bruce Willis’ 1998 movie Armageddon, which follows the battle to save earth from an asteroid,  has 168 factual errors (file image)

The same principle applies should you find yourself confronted by a bear: spread out your coat, put your backpack on your head, do anything to increase your size. But don’t try to outrun the animal — you’ll lose.

The opposite is true with crocodiles: run like hell, as the croc will tire before you do. But run in a straight line: the ‘you should zig zag because crocodiles can’t’ thing is a complete myth.

The book’s tangents are delightfully varied. At one point in the chapter on insomnia we’re reading that dolphins put one half of their brain to sleep at a time, so the other half can stay awake and monitor possible dangers.

A few pages later we learn about ‘first sleep’ and ‘second sleep’: before the invention of electric light, it was common for people to go to bed at dusk, then wake at midnight to perform tasks (cooking, tending the fire), before returning to sleep until morning.

As with all the best science writing, this book doesn’t just give answers, it also asks interesting questions. 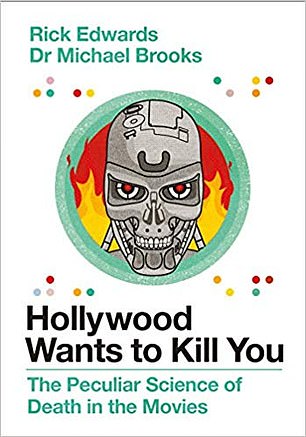 For example, what constitutes consciousness? When the evening primrose flower ‘hears’ bees buzzing nearby, it starts producing nectar that is 20 per cent sweeter. Does that alter the way you see the plant?

Whatever your opinions on the big issues, you’ll love the nuggets of information that pepper the book. ‘Cumulonimbus’ is Latin for ‘heaped rainstorm’. ‘Fomite’ (a contaminated object, such as a door handle, that helps to spread a virus) comes from the Latin word for ‘tinder’ — a 16th-century Italian doctor realised such surfaces started the fire of contagion.

There is already a robot that can build walls quicker than a human brickie: he’s called Sam, short for ‘Semi-Automated Mason’. Under Swiss law, every home has to have a nuclear bunker, or access to one.

Meanwhile, if you’re thinking of applying for a job as a manager at NASA, you should first watch the 1998 movie Armageddon, in which Bruce Willis saves Earth from an approaching asteroid by drilling into its core and detonating a nuclear bomb. The space agency shows the film to applicants, in order to see how many of its 168 factual errors they can spot.