Home » Books » In Deborah Levy’s Latest, a Student of History Learns to Confront His Own

In Deborah Levy’s Latest, a Student of History Learns to Confront His Own

In Deborah Levy’s short story “Cave Girl,” a woman decides to pursue what she refers to as a sex change from female to female. Her desire is to become “less of a real girl and more of a pretend woman.” The surgery is a success; she emerges with a “cool and easygoing voice” and a newly accommodating nature. “The surgeon did well,” she tells her brother, pleased. “He really fiddled with my controls.”

There might be no better description of reading Levy, who loves to yank at our wiring, our orienting premises and prejudices. She’s the kind of writer who pauses in the middle of a memoir to suddenly ask, in genuine puzzlement: “What is a woman for? What should a woman be?” Her rich, obsessional body of work is consumed by questions of how scripts — of gender, nationality, identity — paper over how fundamentally, how painfully, unknowable we are to ourselves, and the catastrophes that this blindness sets in motion.

I’m making her sound stodgy, but her prose is light-handed and leaves a pleasant sting. The characters unravel on holiday, in villas in Spain and France. “Another airport. Another country. Another hotel,” a character sums up in her short story collection “Black Vodka.” It’s always a drowsy late afternoon in late summer in her fiction. Bees knock against the windows, ice melts in your drink, your fellow guest embarks on a spectacular, long-overdue breakdown.

Levy’s new novel, “The Man Who Saw Everything” is her third in a row to be nominated for the Booker Prize, following “Swimming Home” and “Hot Milk.” Saul Adler, its hero, is 28 years old in 1988, a young dandy, almost unnecessarily good-looking. “You are much prettier than I am,” his girlfriend, Jennifer, a photographer, tells him. He becomes her muse, until he makes the fatal error of proposing to her. She throws him out of her house without any explanation. 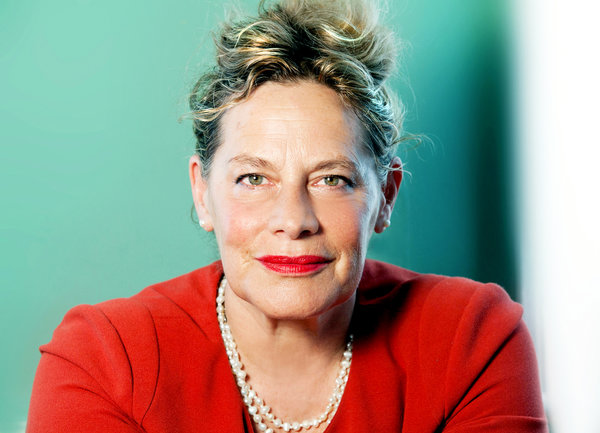 It’s the first in a chain of strange, unsettling incidents. Saul is hit by a car while crossing the street. He travels to East Berlin, where he falls in love with the man assigned to spy on him and begins experiencing odd premonitions. He gets visions of photographs Jennifer has yet to take. He smells a breeze that has traveled to him from America, from some point in the future: “It brought with it the salt scent of seaweed and oysters. And wool. A child’s knitted blanket. Folded over the back of a chair. Time and place all mixed up. Now. Then. There. Here.” The Berlin Wall will fall, he tells his friends, giving them the exact date. He discovers a toy train in his lover’s pocket, which he has a hazy memory of burying long ago. When a black jaguar is spotted prowling the nearby forest, Saul is certain he has seen it, too, but he insists it was silver.

There will be another accident. Another car (a Jaguar, in fact) will careen into Saul, in 2016, at the same intersection, and we receive an explanation for his strange visions. But, as with another recent twisty novel about power and perception — Susan Choi’s “Trust Exercise” — it isn’t the grand reveal that feels like the novel’s achievement. It’s the evocation of a state of mind — of haziness and confusion that are, in fact, unwanted knowledge, what the characters have trained themselves not to notice let alone confront. Freud called this ability “motivated forgetting,” and it’s a powerful seam in all of Levy’s work. One of her books is even titled “Things I Don’t Want to Know.” “The things we don’t want to know,” she once wrote, “are the things that are known to us anyway, but we do not wish to look at them too closely.”

Her novels and memoirs are noirish, lean and intellectually chewy — good to glut on if only to marvel at her private mythography, how her obsessions crop up and combine in each book: swimming and swimming pools, jellyfish, women with “snarled teeth,” little coffins. There is dread of the color yellow and a fetishistic interest in black hair. Quite often the story will hinge on something, or someone, shattering: a laptop, a string of pearls, Saul’s hip.

The moment of fracture, and its implications, are perhaps the most consistent of Levy’s interests. Her memoirs dilate on moments when the author crossed a threshold of some kind — moving from South Africa to England as a child, divorcing her husband at midlife — as she passed into realms where old modes of being, old scripts, could no longer help her. In her novel “Swallowing Geography,” the heroine thinks: “It is possible that classic rules of form and structure do not fit this experience of existing and not existing at the same time.”

You can detect this itch — this imperative — for new forms in the sentences themselves. Levy likes lines that come undone, that double back on themselves to fray. “I can’t fall apart because I’ve never fallen together”; “Life falls apart. We try to get a grip and hold it together. And then we realize we don’t want to hold it together.” It’s not sprightly Wildean aphorism but language canceling itself out. The epigraph of “Hot Milk,” is a quote from Hélène Cixous: “It is up to you to break the old circuits.”

In much of her work, traditional femininity — “the exhausted phantom” — has been a target; in the new novel, Levy looks at masculinity through the point of view of Saul, a proud defector who sneers at “authoritarian old men” like his father and the regimes they create, their dependence on walls, imaginative and real. With his eyeliner, his dandyism, his research into the psychology of male tyrants, his love for his boyfriend, Saul believes himself immune from the harm men can cause (you see where this is going). It is this self-delusion, Levy reveals, that lies at the base of so much “motivated forgetting” — this stubborn conviction, despite all evidence, in our own innocence.