All her life, Susan Sontag, a voracious moviegoer, insisted on sitting in the same seat in theaters: third row, center.

I can’t recommend it, not if you value your neck. But it’s where she sat, and the very place she occupied in the culture for close to a half century — up front, in the midst of the action — establishing the tone and terms for debates on taste, language, global literature, ethics and photography, involving herself in matters of military intervention and genocide. Not for her the stately remove of the American intellectual, the retiring panel-dweller — never mind the risk to her neck; Sontag was in Sarajevo during the Bosnian War and Berlin as the wall fell. She was the striking subject of photographs by Richard Avedon, Diane Arbus and Robert Mapplethorpe — a Zelig-like figure who even made a cameo in “Zelig.”

Sontag died in 2004, of complications of leukemia. Since then, another essay collection has been published, along with the first two volumes of her diaries, chronicles of her “sore heart + unused body” — the one place where she wrote frankly about her homosexuality and grieved for her unhappy relationships. Monographs, memoirs and remembrances have followed, including her son David Rieff’s account of her final illness, “Swimming in a Sea of Death”; Phillip Lopate’s affectionately rivalrous study of her work, “Notes on Sontag”; the scholar Terry Castle’s tart essay on their friendship; and the novelist Sigrid Nunez’s “Sempre Susan,” an account of sharing an apartment with Sontag when Nunez and Rieff dated in the ’70s. To add to the shelf, there is now the authorized biography, “Sontag: Her Life and Work,” by Benjamin Moser, a book as handsome, provocative and troubled as its subject.

One note recurs through many Sontag stories. It is puzzlement — ranging from the amused to the appalled — at the gulf between her public preoccupation with ethical action and some truly filthy private behavior. She was prone to fits of grandiosity and torrential abuse, particularly to her longtime partner, the photographer Annie Leibovitz. She was said to oscillate, as a mother, between neglect and invasive closeness. There was “Good Susan and Bad Susan,” Salman Rushdie wrote in his memoir, “Joseph Anton.” “Bad Susan could be a bullying monster.”

[ Read our profile of Benjamin Moser. ]

Admittedly, these are the minor leagues where writers are concerned; nothing approaching V.S. Naipaul’s virtuosic cruelty, Colette’s and Muriel Spark’s abandonment of their children or, more horribly, Anne Sexton’s abuse of her daughter. Objectivity is impossible when writing a life, Judith Thurman, Colette’s biographer, once said. “Vigilant subjectivity” is what’s required, and playing it straight — presenting all the information and allowing the reader to make the final judgment.

Moser, however, is triggered. His book has an interesting, jumpy, adversarial energy, with its author caught up in the drama and not so subtly taking sides in the clashes surrounding Sontag. (Rieff, her son, comes in for the book’s most lacerating portrayal.) Moser’s frustration reaches fever pitch with Sontag’s refusal to come out of the closet during the early days of the AIDS epidemic. But he also positions his biography in a curious way, by using one of Sontag’s most famous ideas against her.

Sontag was alert to the ways reality can be distorted — in photographs, for example, or with metaphorical language, falsifications that numb our responses. Moser, however, claims that it is as a metaphor that Sontag matters most: “Sontag’s real importance increasingly lay in what she represented. The metaphor of ‘Susan Sontag’ was a great original creation. It rose far above her individual life, and outlived her.”

We encounter Sontag as a series of masks, motifs, symptoms and symbols, with her biographer presenting a set of master keys that might explain her behavior. Moser begins with the figure of the beautiful and chilly Mildred Sontag, an alcoholic, who imprinted upon her daughter “a sadomasochistic dynamic that recurred throughout Susan’s life.” Her pattern of withholding attention kindled an anxious, supplicating affection in her daughter, and a lifelong taste, Sontag wrote in her diary, for “weak, unhappy, confused, charming women.”

[ This is one of our most anticipated titles of September. See the full list. ]

Mildred’s drinking lay at the root of many of Sontag’s difficulties, Moser argues, drawing primarily on a self-help book from 1983, “Adult Children of Alcoholics,” by Janet Woititz. He leans on it so heavily, in fact, that I became curious and tracked down a copy. It’s not a clinical book or a scientific record of research, it turns out, but “a sharing of my observations,” as Woititz puts it, including the 13 characteristics such individuals supposedly share, some maddeningly vague (these adult children are often “super irresponsible or super responsible”). Woititz makes it clear that she is not describing “character defects,” but Moser uses her book precisely in service of such analysis. “Many of the apparently rebarbative aspects of Sontag’s personality are clarified in light of the alcoholic family system,” he writes. “Her enemies, for example, accused her of taking herself too seriously, of being rigid and humorless.” (A moment, please, to appreciate the fact that self-seriousness and humorlessness in women can invite a diagnosis.)

At another point, Moser suggests that Sontag suffered from one of the personality disorders grouped in “Cluster B,” with symptoms like fear of abandonment, rudeness and volatility — all of which were exacerbated by her dependence on amphetamines. 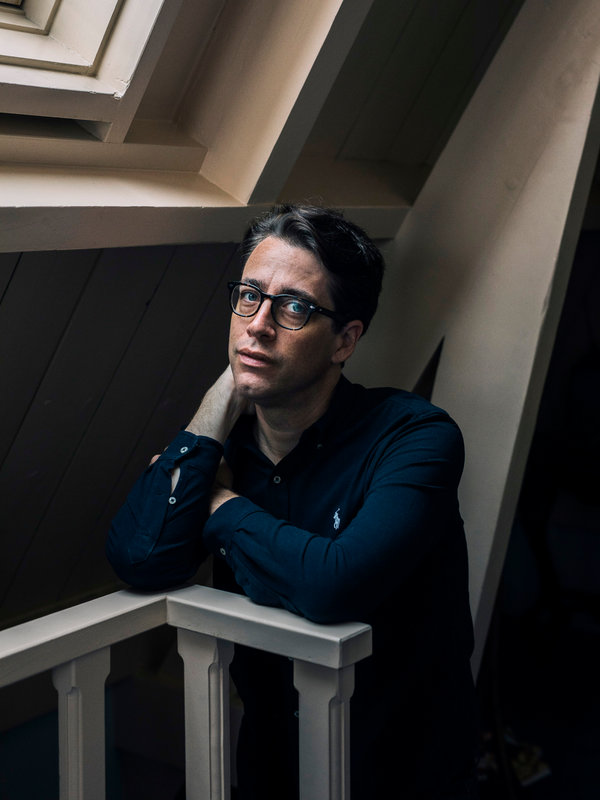 Such interpretations aren’t always off-base. People, like nations, have their founding myths: It was this deprivation that made me, or that piece of unutterable good luck. Sontag herself was obsessed with Mildred’s influence on her life. But metaphorical thinking, as she warned, is often lazy thinking — even a recourse from thinking.

Where Moser shines is not in analysis but in narrative, no easy feat for a life committed to reinvention. “I write partly in order to change myself,” Sontag once remarked, explaining her penchant for famously reversing her most public stances.

She was born in New York, in 1933. Her childhood was a “long prison sentence,” she wrote, marked by the death of her father and dislocation as the family moved west hoping to find a more hospitable climate for Sontag’s asthma. Books became her sanctuary, and contempt a kind of psychic insulation. She became a “demon reader.” When she was 14, the principal of North Hollywood High announced that they had nothing left to teach her. She briefly studied at Berkeley (although San Francisco’s lesbian bars seemed to make more of an impression). She later transferred to the University of Chicago, where she attended a sociology class taught by 28-year-old Philip Rieff. He proposed marriage after a little more than a week. A year and a half later, David was born. Sontag was 19.

The marriage provided her first taste of intellectual companionship — and servitude. Rieff put Sontag to work, drafting the book reviews that appeared under his name, and even, Moser argues, ghostwriting his study “Freud: The Mind of the Moralist,” this biography’s juiciest claim.

“My mother was a leftist,” David Rieff would later say. “My father was to the right of Attila the Hun.” The marriage curdled. Moser offers an elegant, sensitive summation of the decades that followed their ugly divorce, with Sontag establishing herself in New York, engaging in relationships with a series of extraordinary women and doing heroic work in Sarajevo during the Bosnian war.

Can a biography be a work of art? Virginia Woolf once asked, wondering why so many are published and so few endure. Among those likely to last is Moser’s ravishing life of the Brazilian writer Clarice Lispector, “Why This World” (2009). The book seemed like a happy haunting, so deftly did Moser divine Lispector’s secrets and unlock the workings of her alluring, enigmatic sentences. He seems immune, however, to the aloof charisma of Sontag’s style (in fairness, he is not alone). About “Illness as Metaphor,” he writes: “Despite its grim subject, the book is fun to read.” Meanwhile, “if ‘Styles of Radical Will’ is often impressive, it can hardly be called fun.”

It’s an odd criterion to bring to her work. Fun was never a consideration for Sontag. The word appears rarely in her writing, and with maximum suspicion, e.g., “the pictures were meant to be circulated and seen by many people: It was all fun.” Sontag is writing about the photographs taken at Abu Ghraib.

Seriousness was the prime virtue, and rapture. The desire to know, she said, is a “carnal desire.” Certainly none of the women in her journals elicit the kind of charge of her intellectual labors. “If only I could feel about sex as I do about writing!” she once wrote.

It’s a pity that Moser is only dutiful about the work, given that in a sense, the work was her real life, the place where she found the eros, the excitement and fulfillment she long sought; it is perhaps why he gives such centrality to her myth instead.

In the future, I doubt that “Susan Sontag” will loom so large, however: the celebrity intellectual “with the looks of a musketeer,” as Moser describes her, the “thinker unafraid of men.” What will matter is what she thought about. It is impossible to address any number of topics — high and low culture, camp, photography, illness, New Wave cinema, genocide, the notion of witness, the work of the writers she championed from Elias Canetti to Walter Benjamin — without reckoning with her work. It was the best of her: that ravenous curiosity and the restless desire to share what she knew.

“Writing is an embrace, a being embraced,” she once wrote. “Every idea is an idea reaching out.”