Home » Books » ‘In the Eye of the Wild,’ a Haunting Memoir About Life After a Bear Attack

‘In the Eye of the Wild,’ a Haunting Memoir About Life After a Bear Attack 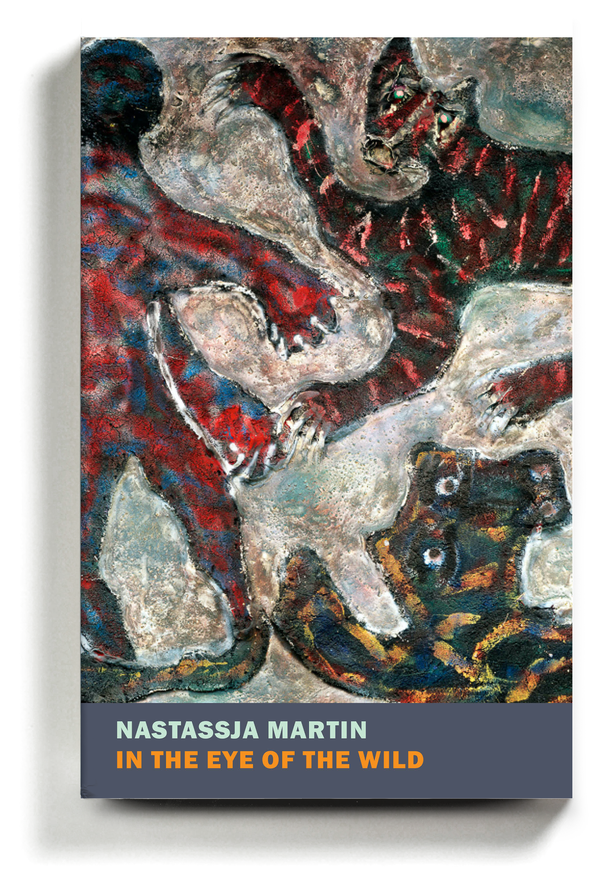 “Attack” didn’t seem like the right word, and neither did “mauling.” In Nastassja Martin’s new book, “In the Eye of the Wild,” she calls it “combat” before eventually settling on “the encounter between the bear and me.” She suggests that what happened on Aug. 25, 2015, in the mountains of Kamchatka, in eastern Siberia, wasn’t simply a matter of a fierce animal overpowering a terrified human — though Martin almost died before she pulled out the ice ax she was carrying and drove it into the bear’s leg. Waiting for help, she saw that everything was red: her face, her hands, the ground.

Martin had been transformed into a “blurred figure,” she writes, her torn face “slicked over with internal tissue,” as if a birth had taken place, “for it is manifestly not a death.” In contrast to the crush of her ravaged features, she experienced a sharpening of her other senses, a kind of extreme lucidity. She could hear the rescue helicopter long before it arrived: “A few minutes later an orange metal monster, a refugee from the Soviet era, comes to pluck us from this place.”

“In the Eye of the Wild” is Martin’s haunting, genre-defying memoir of the year that followed, though in Sophie R. Lewis’s elegant translation from the French, it becomes clear that “memoir” is another word that doesn’t quite fit this slender yet expansive book. Martin writes as an anthropologist, recounting her work among the Indigenous Even people who live in Kamchatka’s Tvayan area; she writes about philosophy, too, noticing that everyone around her tries to find a reason for what happened because “it is hard to leave sense unmade.” She questions the human propensity to try to assimilate everything into familiar terms — to domesticate it, often as a prelude to dominance and control. But her mutilated body “has become a place of convergence,” she writes, of “liminality.” Inside and outside, human and animal: “A bear and a woman meet and the frontiers between the two worlds implode.”

The bear tore off part of Martin’s jaw and two of her teeth; Russian doctors installed a metal plate in her face, which French doctors later replaced. (“My jaw is made the scene of a Franco-Russian medical Cold War.”) “I see myself mechanized, robotified, dehumanized,” Martin writes. But she also felt an enormous gratitude to her French surgeon and “her civilized hands, which seek solutions to the problems of wild animals.”

Martin was 29 years old at the time, and we learn little about her life before. Her father died during her adolescence, and as a child she was always in search of adventure: “The anti-life consisted of the classroom, mathematics and the city.” Before the encounter, the Evens were already calling her matukha, or “she-bear.” It sounds like a coincidence, but Martin describes the encounter as something else. “I had to go to meet my dream,” she says of the event, realizing that it sounds absurd. But “absurdity” and “coincidence” are categories that cease to be useful to her. “There is only resonance,” she writes.

Returned to the ostensible safety of civilization, Martin noticed that the things people said to her were often oblivious and cruel. One hospital therapist asked her how she was feeling, “Because, you know, the face is our identity.” Others murmured how “pretty” she must have been “before.” A visiting relative, presumably trying to comfort her, said, “It could be worse, you just look like you’re fresh out of the gulag.” Martin decided that she had to go back to Kamchatka. A friend compared her to Persephone, “who returns annually to the underworld in order the better to climb back up into the light.”

As an anthropologist, Martin had spent her career learning about animism, the belief that the world is imbued with spiritual forces beyond human intention. She found herself drawn to “the tanglement of ontologies, the dialogue between worlds” — intriguing ideas, or that’s what she told herself. Animism was something that was “nice material to write about,” she says, before she was yanked out of her presumption that she could somehow keep herself at a distance, as an observer, without also being acted upon. Before the bear, she had started to dream — chasing a wolf, following a beaver. This, she says, marked an “inner disturbance”; she was still herself, but her unconscious was in search of something else.

After the bear, the Evens called her medka — a human who has been “marked by the bear” and lives between worlds. Some of them wanted to avoid her, while others tried to reassure her. “The bears give us a gift: You, by leaving you alive,” said Daria, one of her Even friends in Tvayan. Martin felt both moved and repulsed — touched by the awareness of something beyond human intention, but also irritated that these “absent participants” felt entitled to interpret an event that had happened not to them but to her. “This is precisely why I keep coming up against reductive and even trivializing interpretations, however lovingly meant,” she writes. “We are facing a semantic void, an off-script leap that challenges and unnerves all categories.”

What Martin describes in this book isn’t so much a search for meaning as an acceptance of its undoing. Asked a few years before to describe the collapse of the Soviet Union, Daria said: “One day the light went out and the spirits came back. And we returned to the forest.” On her return to Kamchatka, Martin found the beginning of what she was looking for. “No matter how it appears, the world is collapsing simultaneously everywhere,” she writes. “The only difference is that in Tvayan, they live knowingly amid the wreckage.”