Home » Books » In ‘White on White,’ the Traditional Landlord-Tenant Pact Is Ruptured

In ‘White on White,’ the Traditional Landlord-Tenant Pact Is Ruptured 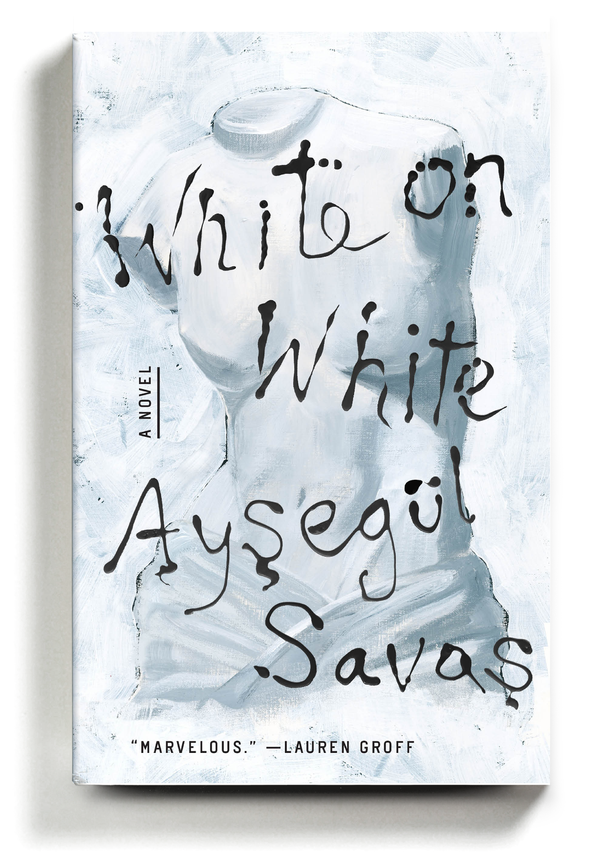 “White on White” is a painting by the avant-garde Russian artist Kazimir Malevich, who died in 1935, and it is un-Googleable. You can look it up, of course, but gazing at a JPEG of the work is like gazing at a picture of a sunset: You suspect there’s grandeur at hand, but you can’t feel it. With the Malevich piece, it’s not even 100 percent clear what is at hand. The painting appears to be of a floating white square on a white background. Or is it a white square subtracted from a second white square? Or is it a void atop a void? Are you a void atop a void? Oh god.

The title of Aysegul Savas’s second novel may or may not be taken from the Malevich work, but its two characters perform a similar hallucinatory flip-flopping between foreground and background. One character is a painter and the other a student; one is the protagonist and the other the narrator, though if you focus too long on these delineations they squirm and dissolve.

Here’s what the novel tells us. An unnamed student (of unknown age and origin) arrives at an apartment in a city (unidentified) to perform doctoral research on Gothic nude sculptures. The student rents an apartment with an upstairs studio. As a condition, the landlord stipulates that his wife, Agnes, might occasionally come to town and use the studio for her own purposes while the student is in residence. Two months into the student’s stay, Agnes appears: a tall, “pleasingly thin” woman who wears royal green slippers and has a formal way of speaking. Agnes suggests that the two go out for coffee, and their date kicks off a peculiar relationship — part friendship, part ongoing social violation.

Instead of visiting occasionally, per the agreement, Agnes moves right in. This marks a rupture in the traditional landlord-tenant pact of polite mutual avoidance. The student — I believe the student is a “she,” though I’m not certain — isn’t sure what to make of it. She is tolerant of the older woman’s trite monologues on the nature of freedom, motherhood, art and aging, but she is also spooked upon returning from a few days away to find that Agnes has refreshed her bed linens. (Even if you’re a person who really hates changing a duvet cover, you don’t want your landlord’s wife creeping in to do the job for you.) Here the book’s plot becomes a humble mystery: What’s the deal with Agnes? Is she a well-meaning lonely soul or some kind of malevolent body snatcher?

Savas’s novel seems to take inspiration from Rachel Cusk’s Outline trilogy, books that consist of a series of recounted conversations with strangers. Those novels are both totally convincing and wildly unrealistic, which is exactly their magic; if a normal person (say, me) transcribed actual conversations with strangers and turned them into a book, the result would be:

And so on, until the sweet release of death. “White on White” is much better than the above, but it lacks the momentum and merciless intelligence of Cusk’s trilogy. (And the style, too. Cusk would never use the words “sparsely,” “sparse” and “sparsity” within the first 10 pages of a book.)

Agnes has a habit of issuing vague statements and unspooling dreary anecdotes; she produces a lot of what I’d call “content” rather than “conversation.” One evening she treats the narrator to a long story about her friendship with another woman. Agnes and the woman grew close and had a number of unremarkable interactions, which are detailed over eight pages. The dramatic conclusion of the story is that the other woman moved to the suburbs and Agnes lost touch with her. It is “not clear” to the narrator why Agnes has told this story. It is not clear to the reader, either.

When Agnes leaves one day without warning or explanation, the plot promises to lift off. Instead, the older woman reappears soon after, confessing that her husband has evicted her from their home. The story of her marriage’s eruption, she tells the student, is “so banal that she barely had the energy to describe it.” (I’ll summarize: Agnes and her husband went to a restaurant and ate an appetizer. The husband confessed that he’d been seeing another woman. The marriage ended.) Agnes will now be the student’s roommate for the foreseeable future. In a typically passive response, the student considers finding another apartment but rules against it on grounds of inconvenience.

On the one-year anniversary of the student’s stay, she wakes up and peers out at the apartment balcony from her bed. “In the year that I lived there, I had the sense of having stepped inside another life,” she reflects. Shortly before the lease is up, Agnes invites the student to join her for one last dinner. There is a final monologue, too, about a cousin with whom Agnes was once obsessed. As is the student’s habit, she mutely absorbs yet another stream of words. “In the soft obscurity, Agnes’s face appeared smooth and distorted — her forehead wide, swallowing her feverish eyes, her mouth protruding beneath her nose,” the student observes. “It was the face of an animal, I thought, a creature without human expression, though all the more alive with a meaning I could not decipher.”

The scene is a tidy encapsulation of the book’s conceptual ploy. The student is less a character than an apparatus of observation; she is Emerson’s transparent eyeball, only trained on a single human subject rather than the entirety of the world. The question then becomes: Is Agnes worthy of sustained contemplation? And is the narrator a worthy observer? White on white is an ambitious palette, but it can be a very unforgiving one.