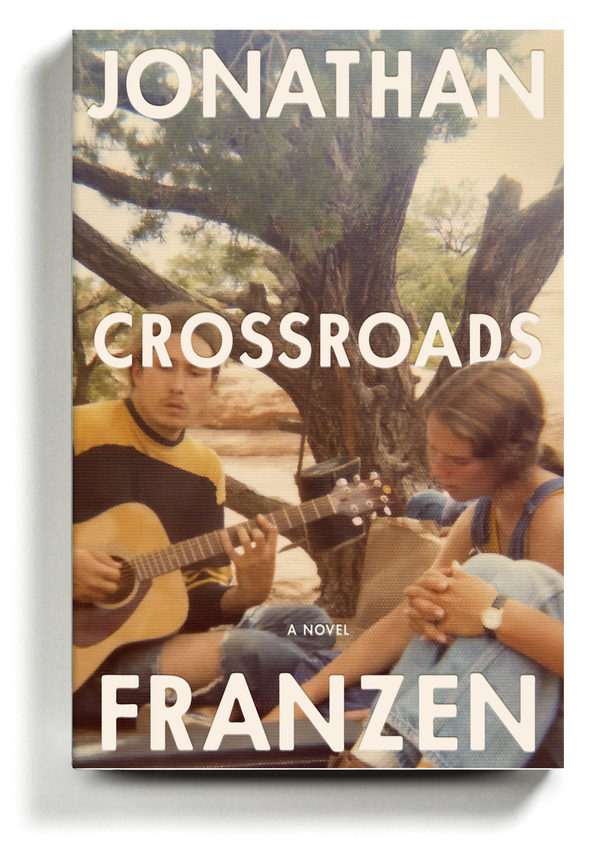 Jonathan Franzen’s new novel, “Crossroads,” is the first in a projected trilogy, which is reason to be wary. Good trilogies rarely announce themselves as such at the start. And the overarching title for the series, “A Key to All Mythologies,” may be a nod to “Middlemarch,” but it also sounds as if Franzen were channeling Joseph Cornell, or Robert Bly, or Tolkien, or Yes.

And yet here’s the novel itself, and it’s a mellow, marzipan-hued ’70s-era heartbreaker. “Crossroads” is warmer than anything he’s yet written, wider in its human sympathies, weightier of image and intellect. If I missed some of the acid of his earlier novels, well, this one has powerful compensations.

“Crossroads” is a big novel, nearly 600 pages. Franzen patiently clears space for the slow rise and fall of character, for the chiming of his themes and for a freight of events — a car wreck, rape, suicide attempts, adultery, drug deals, arson — that arrive only slowly, as if revealed in sunlight creeping steadily across a lawn.

The novel is set in suburban Chicago. At its center are the Hildebrandts, another of the author’s seemingly solid Midwestern families — like the Probsts in “The Twenty-Seventh City” (1988), the Hollands in “Strong Motion” (1992), the Lamberts in “The Corrections” (2001) and the Berglunds in “Freedom” (2010) — with eggshell foundations.

This is a novel with strong religious themes. In Franzen’s fiction, families are their own form of religion, with options for salvation and purification, and just as many for apostasy. Perhaps the biggest danger, in his families, is to misread one’s position in them.

Your Guide to Fall Reading

Whether you want biographies, novels or essay collections, we can help you find your next book to read. Here are 57 titles to get you started.