The Steve Jobs of his age: Josiah Wedgwood was a creative genius and a canny businessman far ahead of his time. And thanks to his savvy marketing, his iconic ceramics were as much in demand as iPhones are today

THE RADICAL POTTER: JOSIAH WEDGWOOD AND THE TRANSFORMATION OF BRITAIN

You could hear him coming, with his peg-leg. Josiah Wedgwood’s stumpy gait was the sound of purposefulness and unquenchable curiosity: a man determined to cram as much into his lifespan as possible and to leave the world a better place, refusing to be held back by the amputation brought on by a road accident and exacerbated by lingering infections from childhood smallpox.

‘In the wonderful way of providence,’ wrote William Gladstone, ‘that disease was probably the occasion of Wedgwood’s subsequent excellence.’

The 12th child of a Staffordshire potting family, who might simply have been a lifelong potter, Wedgwood was not able to operate the pedal of the potter’s wheel because of his disability. 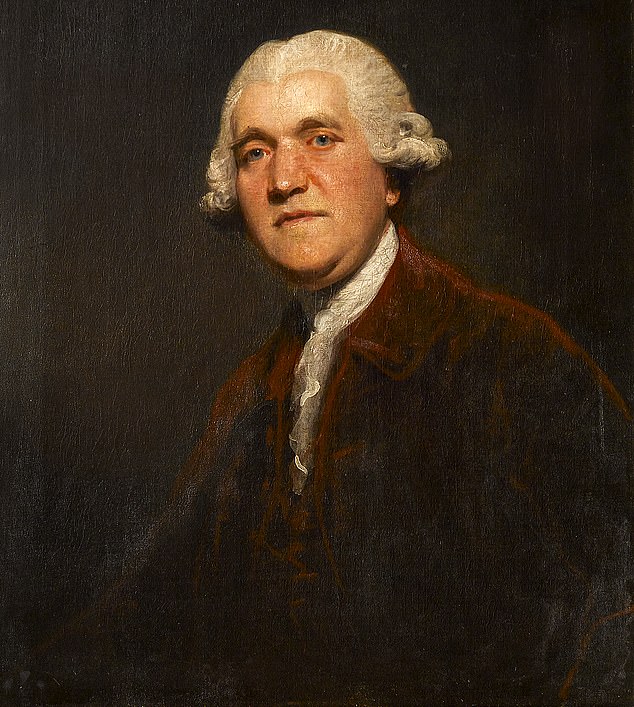 Tristram Hunt who is director of the V&A, former Labour MP and shadow cabinet minister, has penned a biography about Josiah Wedgwood (pictured)

As Tristram Hunt, director of the V&A, former Labour MP and shadow cabinet minister, writes in this superb biography: ‘It sent his mind inwards; it drove him to meditate on the laws and secrets of his art.’

Not only did Wedgwood spend countless hours experimenting with different mixes of clay to perfect his ceramic art, keeping coded notes in his Experiment Book; he also discovered an innate genius for business.

He was ‘the Steve Jobs of the 18th century’, some have said, and it’s a valid comparison. Both men, in their different centuries, longed chiefly to delight their customers and knew that the best way to do this was to capture the consumer imagination.

Both men developed their products in secrecy and then unleashed them with big-bang public launches. The hype in 1768 around Wedgwood’s new Etruscan Collection of vases was a forerunner of the hype of 2010 around the iPad. Tell the public what they want and need, and they will indeed want and need it.

If you devoured A. N. Wilson’s charming 2012 novel about Josiah Wedgwood, The Potter’s Hand, as I did, you’ll be delighted to meet him again in this delicious non-fiction account. The peg-legged entrepreneurial genius, happily married to his third cousin Sally, squeezed every drop of pleasure and knowledge he could out of life, every day and night.

I don’t think he wasted a single half-hour: he was enthusiastic, appreciative, positive, affectionate, loyal, effective, intellectually curious and thrilled by scientific advancements. Hunt vividly captures the perseverance and patience with which Wedgwood worked, for years, towards the perfect recipe for the material for which we most remember him, the trademark lilac, blue, white, yellow and sea-green of his Jasperware.

Although he couldn’t resist being infuriatingly self-congratulatory, calling himself Vase Maker General to the Universe, there was running through him, as rich as the seam of coal that fired the potteries, a seam of real humanity. 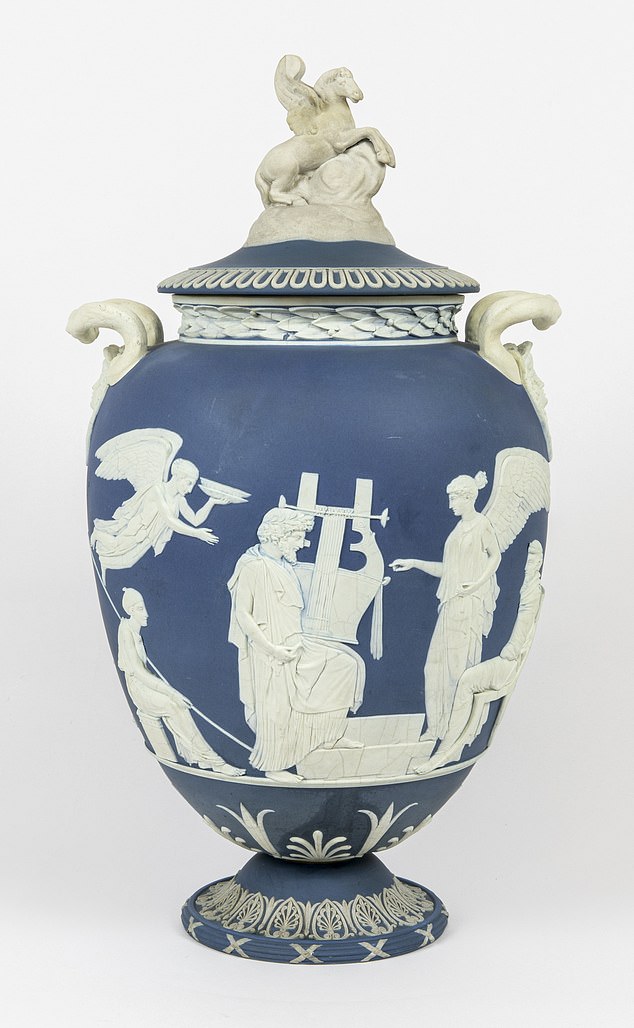 Josiah Wedgwood worked, for years, towards the perfect recipe for the material for the trademark lilac, blue, white, yellow and sea-green of his Jasperware (pictured)

‘Etruria’, built on the back of his huge success with those copies of Etruscan vases, was his unique vision, consisting of a new ‘works’ with a village attached, communal bakehouses and pump rooms, and, beside it, his own ‘handsome seat’, Etruria Hall, with landscaped gardens containing 900 trees. There was even an organ for musical and dancing evenings. Yet, of course, that century reeked of the slave trade, and Hunt does not shirk this issue. Many of Wedgwood’s top clients had made their heaps of disposable income from the slave trade. Harewood House, one of the illustrations for the splendid 944-piece set he made for Catherine the Great, was built with money from 27,000 acres of sugar-cane plantations worked by slaves. Wedgwood’s great friend Matthew Boulton made slaves’ chains in his Birmingham factory. It was rare for any successful businessman not be up to his neck in it, directly or indirectly, in those days.

But please let’s not cancel Wedgwood. He became a fervent abolitionist. One of his most successful creations was his abolitionist medallion, depicting a half-kneeling chained slave with the words ‘Am I not a man and a brother?’ round the edge. Hunt calls this ‘one of the most radical symbols in modern history’. It made being an abolitionist cool. 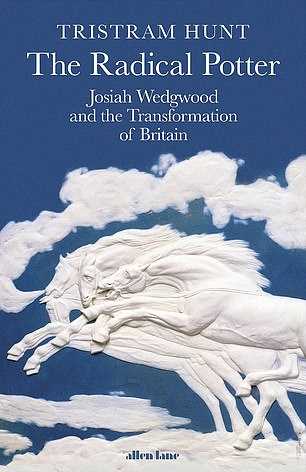 THE RADICAL POTTER: JOSIAH WEDGWOOD AND THE TRANSFORMATION OF BRITAIN by Tristram Hunt (Allen Lane £25, 352pp)

Nor does Hunt shirk the fact that later in life Wedgwood put manufacturing efficiency at the top of his agenda, sometimes at the price of his famed kindness to workers. A workaholic, he was driven mad by lazy workers. He couldn’t abide idleness or his workers’ habit of not working on Monday because they were so hung-over from Sunday.

When cash-flow faltered, he did an audit to find inefficiencies, then instituted a conveyor belt of ceramic production which, as Hunt puts it, ‘consciously sought to strip away the human touch’, each worker becoming a mere cog in the wheel of production.

Was this assembly-line initiative the first stage in the de-humanising of British factory life which would lead to the depravities of the Industrial Revolution?

Hunt tells us that for Marx and Engels, writing about it later, ‘this new type of industrialised production marked the first de-skilling of the workforce’, which led to proletarianisation. So, deeply human, yes, but also a canny, money-making businessman.

This meticulously researched, wide-ranging but never long-winded book made me admire Tristram Hunt as well as Josiah Wedgwood.

What’s more, when the Wedgwood Collection was about to be sold off by a ruthless and philistine private equity company in 2013, who were picking over the carcass of the collapsed firm of Waterford Wedgwood plc, Hunt, who was at the time MP for Stoke-on-Trent Central, fund-raised successfully to save the collection for the nation in perpetuity.

We can now gawp at works made by the hand of the master himself, if we visit the V&A in Barlaston near Stoke-on-Trent. I’m off!