THE (OTHER) YOU
Stories
By Joyce Carol Oates

As is true for many of the mournful stories in Joyce Carol Oates’s trenchant and moody new collection, her wonderful “Blue Guide” is a rhapsodic elegy for the vanishing possibilities of life. The protagonist is an aging American man of letters, trying to make sense of his most primal urges. He returns to a northern Italian city where, 40 years prior, he was a young Fulbright scholar who fell in love at first sight with the 16-year-old daughter of his mentor. Now, in the beginning stages of dementia, he hopes that he will see her once again, in the ruins of the town, with his faithful and frightened wife clinging to his side.

In a narcotized haze, he excitedly encounters his smiling mentor at the top of a flight of stairs at the local library, hand outstretched as if in greeting — only to realize he is now dead and embalmed like Lenin. It’s a humiliating, deflating moment that’s soon followed by another: a confounding vision of the daughter. But there is also strange comfort in that the wife, too, falls prey to his delusions, the couple linked in heartbreak and beauty’s evanescence. 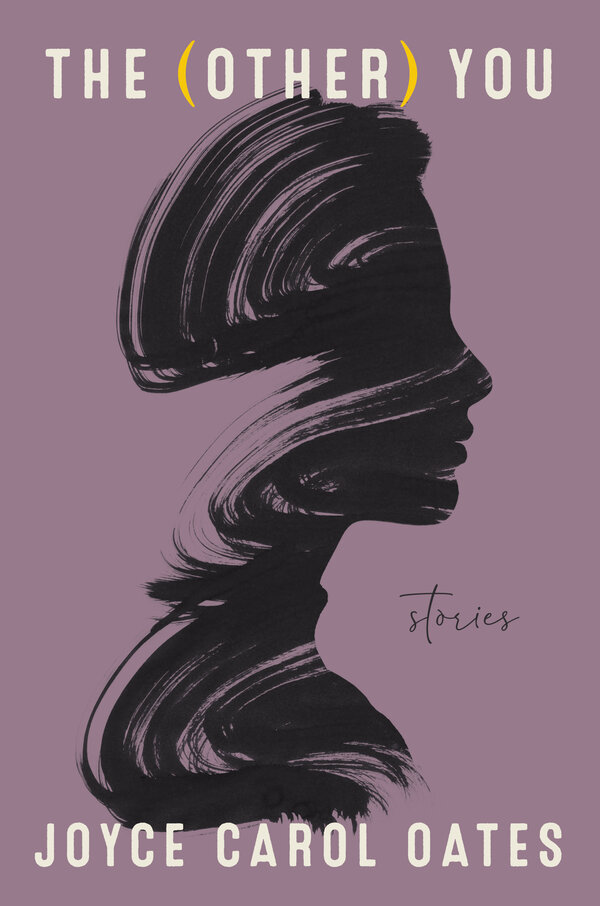 It is this embrace of mordant surrealism, along with wrinkle-in-time chronologies, that distinguishes these stories, which are largely animated by a series of “what if” questions. The titular but slight opening piece, “The (Other) You,” explores the difference a score on a standardized test can make, with the power to grant a young woman a college scholarship that could take her away to artistic freedom — or deny her literary dreams, anchoring her with a local husband, business and children. “The Unexpected” is a kind of companion piece, in which a woman who has eschewed motherhood and embraced a prodigious career as a writer, much like Oates herself, is verbally attacked by her old female classmates back home, who are both jealous and pitying of her choices.

Becoming a parent appears to be the surest path to self-destruction, at least in the stories “Nightgrief” and “The Final Interview.” The latter is one of the puzzling but intriguingly interlinked stories that take place at a hippie suburban restaurant, the Purple Onion; in another, “Waiting for Kizer,” two men with the same name sit for what each thinks is a lunch date with the Godot-like Kizer, who never shows. After they spar over the missing man’s affections, we come to realize that they have lived two different versions of the same life. The restaurant itself is a kind of magical portal, where deadly encounters may or may not take place and points of view change dizzyingly, forming a chiaroscuro of the anxieties of contemporary life.

This collection’s inevitable lesser stories, like “The Crack” and “Assassin,” rely a bit too heavily on ominous atmospherics — you can almost hear the “Jaws” theme — but the best are genuinely startling. The memorable “Sinners in the Hands of an Angry God” takes place in the affluent and fictitious Hazelton-on-Hudson, where the citizens are all getting sick and dying from mysterious ailments and natural disasters. (Oates is famously prolific, but this one was actually written before the pandemic, its gaze both steely and prescient.) Despite plague and destruction, one resident, Andrew, accuses his anxious wife, Luce, of catastrophizing about global warming; it seems husbandly condescension will survive even the end of the world. But in a moment of marital unity, Luce, wearing a face mask out of fear of the microbes in the earth, is joined by Andrew in their garden, wearing a face mask of his own — a gesture of love and reconciliation. “Can masks kiss?” she asks herself. “It is not expected but of course.” In this book, that counts as a happy ending.

These are dark stories about dark days, suffused, like most of Oates’s work, with themes of violence, loss and longing. She offers possibility here, too, but only as if to say that while the myriad choices we can make may produce wildly different journeys, none of us, ultimately, is spared.