Co-founder of Sonic Youth Kim Gordon and author of Girl in a Band will be discussing her career in one of the most influential alternative rock bands of the late 20th and early 21st centuries, as well as her subsequent musical venture with the guitar duo Body/ Head, and her writing. 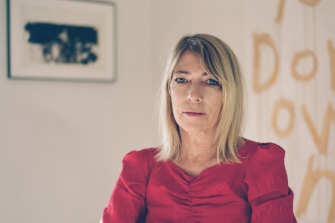 Co-founder of Sonic Youth will be discussing her music and writing at Melbourne Writers Festival.Credit:

Deborah Lipstadt is professor of modern Jewish history and Holocaust studies and author most recently of Antisemitism: Here and Now, which is written as an exchange of letters between Lipstadt and two fictional students and examines antisemitism in its current guises and contortions.

She became widely known when she was sued for libel in 1996 by the British writer David Irving for calling him a Holocaust denier. She won the case in 2000 and her subsequent account, History on Trial, became the basis for the film, Denial. She will be discussing the recent upsurge of antisemitism around the world.

DeRay Mckesson is an American civil-rights activist involved in the establishment of the Black Lives Matter movement in the US. His memoir, On the Other Side of Freedom, was recently published in Australia this year and described in The Age as ‘‘inspiring … what comes through is tremendous optimism and a generous spirit’’.

In a statement Hardy said: "Kim Gordon revolutionised alternative music and changed perceptions about women in music. Deborah Lipstadt interrogates antisemitism on a global scale, while DeRay Mckesson puts his heart on the front lines in the war against racism. We open ourselves up fully to hear their stories and their passions; what they fear, what they hope for and what they love."

The festival opens on August 30.