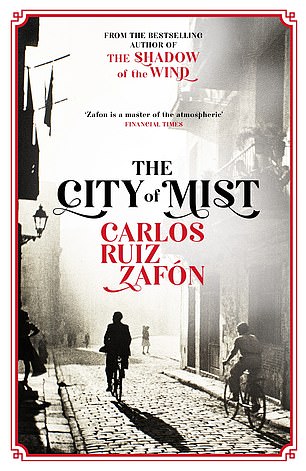 THE CITY OF MIST

When Carlos Ruiz Zafon died last year just 55, he left the millions of readers of his Cemetery Of Forgotten Books series bereft. This slim volume-cum-spin-off will provide some consolation.

True, a number of the stories collected here are ephemeral, such as a ‘divertimento’ that conjures with the life and work of Cervantes, or a Christmas ghost story from a tried-and-tested Gothic mould that asks to be read aloud.

Two-Minute Apocalypse, in which a beautiful red-headed, silver-eyed, fallen angel ushers in the world’s end, conforms exactly to trade descriptions. But there are rather more substantial pieces, perhaps the most purely satisfying of which involves a network of hitmen operating in Franco’s Madrid.

And as well as allusions to the Forgotten Books novels themselves, there’s everywhere evidence of the storytelling skill and intoxicating tropes — Faustian pacts, fateful meetings, labyrinthine architecture and nested stories — that made Zafon such a phenomenon.

Novels set on islands have a habit of taking nasty turns, as this example slyly acknowledges. But readers of Alison Moore’s Booker-shortlisted The Lighthouse will know that her speciality is slow-building unease rather than obvious jump scares.

So it is with this, which follows two frustrated creatives, painter Sandra and novelist Carol, as they seek inspiration on two adjacent, isolated islands.

References to fairy tales abound, perhaps to underscore the abundant romantic myths that surround the idea of the artist. Certainly Sandra — having hoped to find a like-minded community — finds instead that the retreat she’s signed up for is anything but supportive. The scenes in which her smugly awful fellow guests seemingly conspire to make her as uncomfortable as possible are both comic and excruciating — they’re also the highlight.

Elsewhere, there are simply questions: How much are the (possibly haunted) retreat houses a metaphor for the unconscious? What should we make of a late-arriving doppelganger? Perhaps fittingly for a novel that puzzles at the value of artistic obscurity, Moore refuses to supply interpretations. 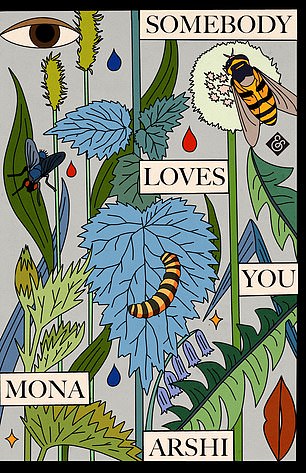 Everyone knows that Scheherazade was a talker, reflects Ruby, a British Indian schoolgirl in this evocative, episodic coming-of-age tale. But where did that get her? For all her stories, she ended up married to a murderer.

Seen like this, Ruby’s own therapist-defying decision to retreat into silence makes perfect sense; it’s also, as we come to understand, a response to her mother’s mental illness — a combination of mania and depression that silently shapes the family around it.

Unfolding in a series of vignettes and snapshots, patterned with evocative motifs and sharp-edged images, and peopled with keenly drawn characters, the award-winning poet Arshi’s original and inventive fiction debut folds in other big issues, too, not least racism. But although this is a novel that is powerfully aware of the potency of words, it’s executed with admirable delicacy.