Little plastic cube that baffled 100 million people: Inventor of the Rubik’s cube reveals how he originally developed the puzzle

Cubed: The Puzzle Of Us All

Remember the first time you saw a Rubik’s Cube? I certainly do, of which more later. But there was nothing quite like it. It was an object you had to touch, to manipulate, and the way you could turn the component parts in all three directions, apparently effortlessly, simply beggared belief.

Someone once offered to pull one apart and show me how it worked, but I said no, I didn’t want to know. It would be like discovering how your favourite magic trick was done. It would spoil the magic.

Remarkably, Hungarian Ernö Rubik was barely 30 when he first conceived the toy and figured out how to make it work. Not that it was a ‘toy’ then, more an interesting problem to be solved. 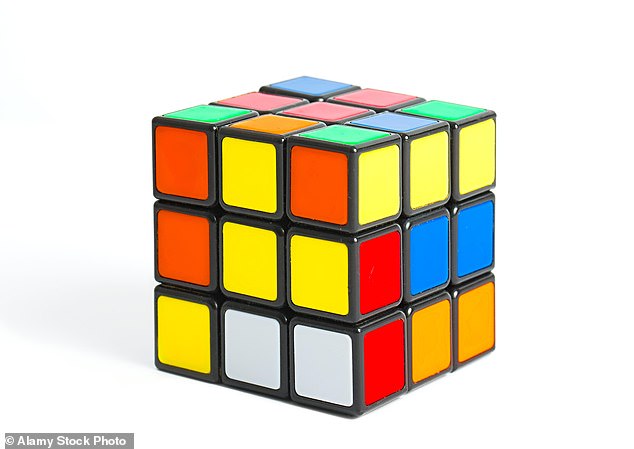 Ernik Rubik, creator of the Rubik’s cube has released his memoirs, in which he explains how the famous puzzle was developed (stock image)

Although he had qualified as an architect and has often taught the subject, his passion in life was always geometry, and particularly 3D geometry: imagining objects in the real world, and describing them geometrically to a high degree of precision. He is, in the best sense of the word, an amateur, led by sheer curiosity down intellectual paths that more soberly-minded people would consider to be pointless.

One such path was the Cube (his initial capital), which has become such an enormous part of his life that it appears as a character in this brief, strange but greatly entertaining autobiography. The Cube even writes the foreword.

Rubik initially saw the Cube as a 2 x 2 x 2 construction, but apparently the rubber bands kept breaking. By making it 3 x 3 x 3, and having one square in the middle of each side never changing its location, the whole idea came together.

He talks of finding the materials to make it with, of realising at very nearly the last moment that each side of the cube had to be in a different colour, of rejecting purple as one of the colours for not being ‘masculine’ enough. 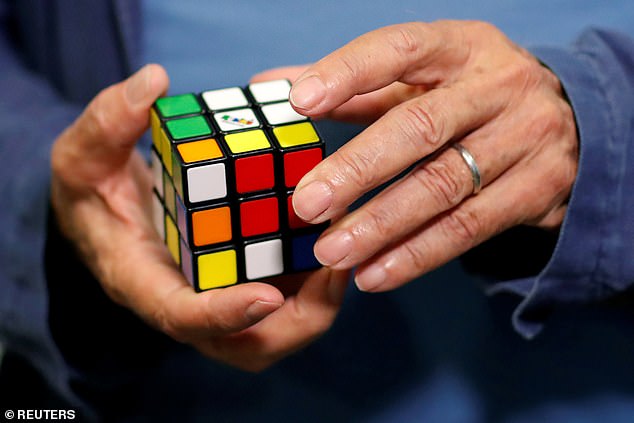 Having built the first cube, he then spent several months playing with it, and working out how to restore the mixed-up colours back to their original state. The first person to solve a Rubik’s cube, it turns out, was Ernö Rubik himself.

His book, which he claims repeatedly (and not entirely seriously) to have hated writing, is more than just a memoir. It’s a manifesto for a whole way of thinking, for the need to retain your childhood playfulness into adulthood if you wish to create anything of worth.

Rubik himself comes over wonderfully well, as a 24-carat eccentric, an original thinker and a rather modest man who claims not to have invented the Cube but rather to have ‘discovered’ it.

And he does have a good story to tell. Between 1979 and 1982, 100 million Cubes were sold around the world. And then, abruptly, it all stopped. Everyone had one who wanted one, and I seemed to have about five. But Rubik was as unbothered by failure as he had been by success, and as the children of those who had originally loved the Cube rediscovered it, so its popularity grew once more. 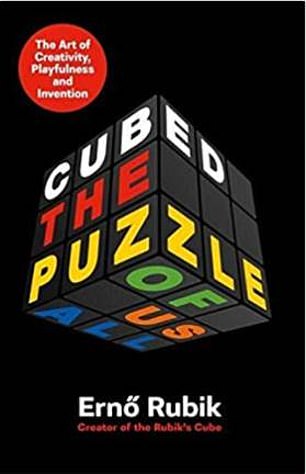 A world without the Cube is hard to imagine. When we are all dead, alien civilisations will land on Earth and find it littered with Cubes, for they are hard plastic and it will take them tens of thousands of years to decompose.

When did I first see a Rubik’s Cube? At university in 1979, reading maths. They were barely in the shops, but my tutor had one sitting on his desk. ‘What’s that?’ I asked, and he showed me. In nine pages of equations he had worked out how to exchange the middle-side piece for the same piece one to the right and one down, if you get my drift.

‘Have you checked that it works?’ I asked. He looked at me aghast. He hadn’t actually touched it. He had just worked out the maths.

I knew then that I would never be even a competent mathematician, and I was right.