Home » Books » Magritte, Surrealism and the Pipe That Is Not a Pipe

Magritte, Surrealism and the Pipe That Is Not a Pipe 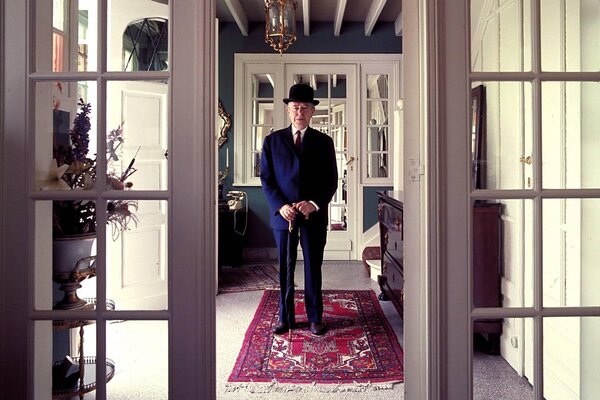 MAGRITTE
A Life
By Alex Danchev with Sarah Whitfield

Even people who do not recognize the name René Magritte are likely to recognize his bowler-hatted man, that solitary wanderer in a dark overcoat who haunts so many of his paintings. At times he appears with his back turned to us, or with a green apple floating in the air in front of his face, concealing more than he reveals.

Magritte did not intend the image as a self-portrait, although it does physically resemble the artist, a sober presence who wore a suit and slippers when he painted and eschewed bohemian adventure. As we learn in Alex Danchev’s “Magritte: A Life,” the first full-length biography of him, the Belgian Surrealist disliked travel and had little patience for the French Surrealists gathered in the cafes of Paris, loudly proclaiming their desire to remake art as a lawless realm modeled on dreams and the subconscious. For most of his adulthood, Magritte resided on the outskirts of Brussels, living quietly with his wife, Georgette, and their dog. Friends recounted that he never had a proper studio. He set up his easel in a corner of his dining room and left no paint stains on the floor.

He was, in other words, the embodiment of Flaubert’s famous dictum that artists should live in an orderly fashion and reserve their wildness for their work. His art was brilliantly subversive and based on his belief that everyday life is shrouded in mystery. The steam locomotive jutting out of a marble fireplace and into a spotless living room; the streetlamp glowing on a dark boulevard, beneath a noon-bright blue sky; the painting of a wooden pipe that comes with an inscription insisting, “This is not a pipe,” presumably because it’s a painting and cannot be smoked or stuffed with tobacco — he created visual enigmas that feel almost as sharp and accessible as our personal memories.

His painting style was deliberately generic. In the century that exalted abstraction as new and radical, Magritte favored a crisp, hyper-lucid brand of figuration that betrayed no trace of his individual brush strokes. The idea that an artist should have his own “touch” struck him as grandiose and laughable. He paid a price for his mulish views. Some critics felt he was essentially an illustrator, and he failed to command the prestige that was lavished on Surrealism’s more experimental and improvisatory figures, such as Joan Miró or Alberto Giacometti.

As Danchev reports in his biography, Magritte was seldom free of financial worries, scrimping until the last decade of his life. If only we knew more! Danchev, a British historian and the author of a well-received biography of Paul Cézanne, died suddenly in 2016, at the age of 60, before completing his latest book. Sarah Whitfield, a British art historian and co-author of the Magritte catalogue raisonné, supplied the final chapter. As a whole, the book is accessible, factually reliable and, at 439 pages, free of the inflated heft of so many recent biographies.