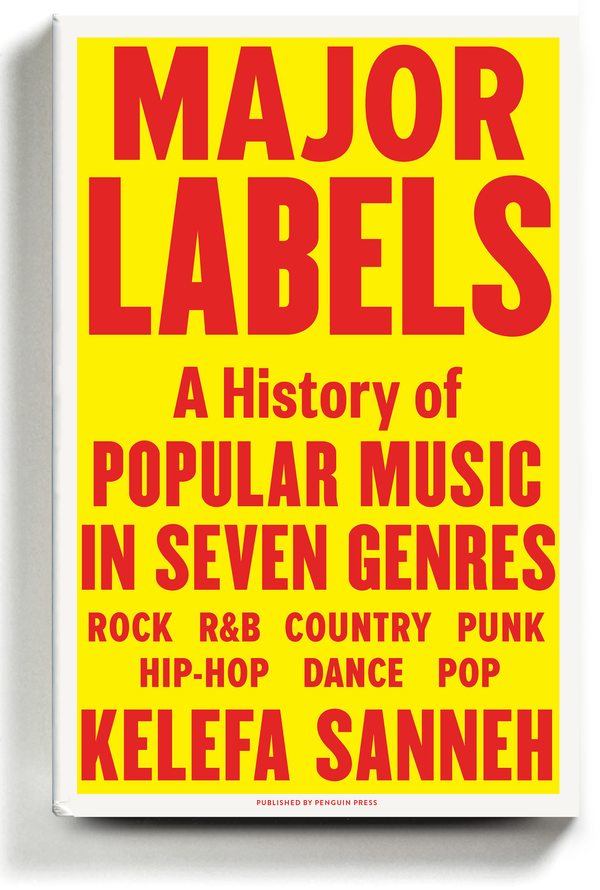 It’s rare for a book of poetry in America to get a negative review. It’s always been so. The field is so small, the stakes so apparently low, that pricking any but the most inflated reputation can seem, as the phrase goes, like breaking a butterfly on a wheel.

If you’d predicted three or four decades ago that negative reviews of pop albums would become rare, however, no one would have believed you. This is an arena in which everyone has fierce opinions. Greil Marcus once asked in the first sentence of a review — of Bob Dylan’s 1970 album “Self Portrait” — “What is this [expletive]?”

In his new book, “Major Labels: A History of Popular Music in Seven Genres,” Kelefa Sanneh, a New Yorker staff writer, addresses the modern critical need to follow consensus. He too has learned to speak more softly, he admits, “mainly nurturing my own critical grudges and aversions in private, while exhibiting my enthusiasm in public.”

“Major Labels” isn’t a sharp-prowed vessel that’s going to help break poptimism’s icy grip. It’s ecumenical and all-embracing. The good news is that Sanneh, a former pop music critic at The New York Times, has a subtle and flexible style, and great powers of distillation. He’s a reliable guide to music’s foothills, as well as its mountains.