Malcolm Gladwell’s Advice When ‘Talking to Strangers’: Be Careful

Perhaps one shouldn’t always feel bad about getting someone utterly wrong. Sometimes one is bested by a master. In November 2004, I went to interview Bernard Madoff for The Economist and was won over. I told friends that I trusted this quiet, thoughtful man more than I trusted any of the dozen Wall Street loudmouths I’d talked to that year. It emerged in 2008 that he had been one of the biggest con men in history.

Madoff is one of the central figures in “Talking to Strangers: What We Should Know About the People We Don’t Know,” by Malcolm Gladwell, a journalist who turns social science reportage into best sellers. The book’s introduction and final chapter are about Sandra Bland, an African-American woman who was stopped by a white highway patrolman in small-town Texas in 2015 and was found hanged in her cell three days later. She had been arrested because her encounter with the patrolman escalated into a confrontation. Her death, Gladwell writes, “is what happens when a society does not know how to talk to strangers.”

Among the other recent cases of true crime and true innocence Gladwell addresses are those of Jerry Sandusky, a college football coach and abuser of children, whose offenses, like those of Madoff, long escaped exposure; and Amanda Knox, an American student who spent nearly four years in Italian custody after a murder in Perugia because prosecutors mistook youthful American goofiness for guilt. We also read of Cuban double agents, exaggerated confessions under torture, Montezuma’s contact with the conquistador Hernán Cortés in 1519, misunderstandings between drunken students about sexual consent, and misguided British hopes in 1938 that Hitler could be appeased. And we are treated to lashings of nerdish criminological data.

The threads that connect Gladwell’s somewhat rambling material have to do with misreading people — mistaking their intentions, drawing erroneous conclusions from their demeanors and believing their false claims of innocence. Yet despite its title, the book is not really about strangers. True, Bland and the patrolman did not know each other, and some of Gladwell’s stories involve collisions between alien cultures. But the deceptions of Madoff, Sandusky and others discussed here — including Ana Montes, an analyst at the United States Defense Intelligence Agency who spied for Cuba — were practiced not only on strangers, but also on people they knew. Lies, misunderstandings and escalating confrontations have, after all, been known to occur even within marriages.

Madoff and Knox had something in common with Hitler, according to Gladwell, in that they all were what he calls “mismatched”: either a liar acting like an honest person (Madoff, Adolf) or an honest one acting like a liar (Knox). Drawing on the work of Tim Levine, a professor of communication studies at the University of Alabama at Birmingham, Gladwell argues that it is when we come into contact with mismatched people that our usual ability to spot truthfulness fails. It is doubtful whether this notion adds much to our understanding of the cases he discusses. In his treatment of Hitler, it subtracts from it. 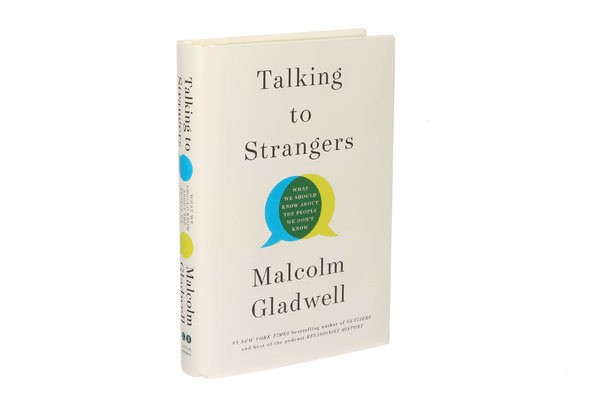 Gladwell contends that the reason Neville Chamberlain, Britain’s newish prime minister, apparently believed Hitler’s prewar claim to have no territorial ambitions beyond a German-speaking part of Czechoslovakia is that Chamberlain was fooled by Hitler’s manner and body language. Gladwell notes that Chamberlain wrote to his sister about the dictator’s “double handshake that he reserves for specially friendly demonstrations,” and reported to her that “I got the impression that here was a man who could be relied upon when he had given his word.” Since some other appeasing British politicians who’d met Hitler agreed that he was no warmonger, while others who hadn’t — including Winston Churchill — insisted that he was, Gladwell jumps to the conclusion that, in general, “the people who were right about Hitler were those who knew the least about him personally,” and “the people who were wrong about Hitler were the ones who had talked with him for hours.” Hitler’s “mismatched” demeanor skewed their judgment of evil.

This is a narrow and unconvincing take on the matter. Chamberlain and his political allies were desperate to avoid another war. They did not want to believe that Hitler was a danger, and they tended to keep any doubts about him to themselves while they worked toward maintaining peace. Plenty of people were in favor of appeasing Hitler even though they had never met him, and plenty of people who did meet him were not fooled.

In addition to misreading people by failing to spot their “mismatched” behavior, another main source of misunderstanding, according to Gladwell, “has to do with our inability to make sense of the stranger as an individual.” Background information, sometimes in the form of statistical data, may shed some unexpected light. To illustrate this reasonable point, Gladwell cites an article published in 1988 by two criminologists about the link between carbon monoxide in domestic gas and suicide in England and Wales. The paper argued persuasively that the phasing out of lethal “town gas” in Britain in the 1960s and ’70s caused a decline in suicides. When cooking stoves no longer provided an easy way to kill oneself, many who might thus have ended their lives did not pursue alternative methods. Gladwell thinks this historical context ought to affect our view of the poet Sylvia Plath, who was unfortunate enough to have town gas in her London home, and killed herself with it in 1963.

Failure to know about such contingencies as the role Plath’s gas supply played in her death, Gladwell writes, “leads us to misunderstand some of our greatest poets.” He does not say much about how we ought to understand Plath instead, but presumably he sees her as unlucky rather than doomed by her demons. Yet that was the conclusion reached by her friend, the poet and critic Alfred Alvarez, in his 1971 book, “The Savage God: A Study of Suicide.” Alvarez argued that Plath’s attempt was a gamble, “‘a cry for help’ which fatally misfired,” and he did so without drawing on any information about the British gas industry. The gas-and-suicide study is valuable in showing that the incidence of suicide can be reduced — but it does not shed new light on Plath.

Summarizing the lessons to be learned from the diverse tales in his book, Gladwell’s main conclusions are that it would be disastrous if we stopped trusting people, that we should “accept the limits of our ability to decipher strangers,” and that it behooves us to be thoughtful, humble and mindful of context when trying to understand people’s actions.

Readers will have expected rather more of a denouement. Throughout the book, Gladwell works to build an air of suspense, zigzagging between cases and portentously promising lush vistas of insight just over the next hill (ending a chapter with: “But we are getting ahead of ourselves”). There is much use of italics for emphasis, to remind us that what we are reading is interesting and important. It would, of course, be too much to ask for effective tips on how to spot the next Madoff, but a little more substance would have been nice.

Anthony Gottlieb’s most recent book is “The Dream of Enlightenment: The Rise of Modern Philosophy.”

TALKING TO STRANGERS
What We Should Know About the People We Don’t Know
By Malcolm Gladwell
386 pp. Little, Brown & Company. $30.