Modest star who showed us all the way to Amarillo

Modest star who showed us all the way to Amarillo: Tony Christie reveals the challenges of his 50 YEARS in the music business

Tony Christie is a man born into the wrong era. Had he been a contemporary of Frank Sinatra and Nat King Cole, he might have been the biggest singing star ever to come out of these islands — he has an unparalleled gift for making any melody feel like a staple of the Great American Songbook.

Yet Christie is chiefly known for (Is This The Way To) Amarillo, the foot-stomper that became the anthem of Comic Relief thanks to an inspired Peter Kay video.

This man with a liquid-gold voice, admired for his extraordinary range and sensitivity of phrasing, has been treated as a curiosity by the music world for much of his career, as the fads rushed by. He was never mod, glam, punk, new wave, Britpop or disco, let alone an ally of today’s autotune horrors. 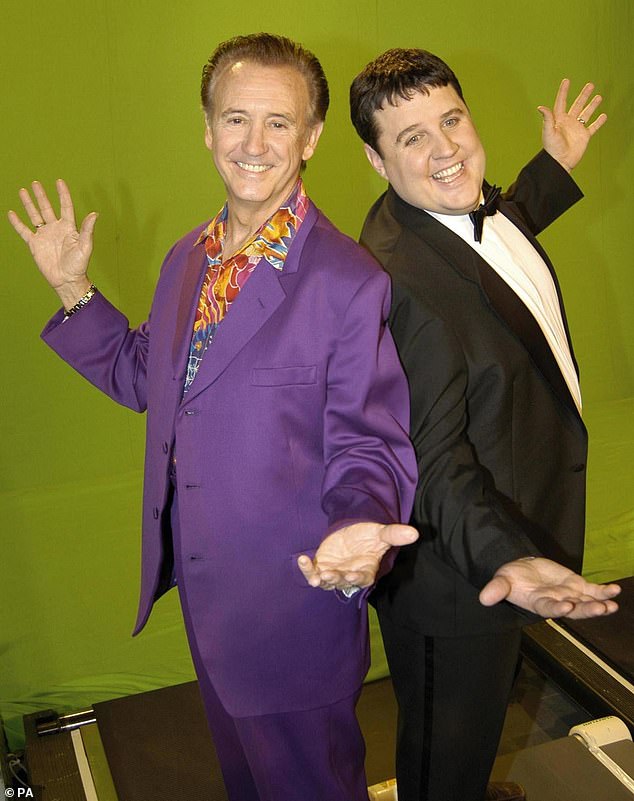 As his charmingly frank and self-deprecating autobiography reveals, he can be thankful he wasn’t born in his grandad Percy’s era.

Percy was a miner in Doncaster and this tough, taciturn figure was the man of the house. He was also a bare-knuckle street fighter, whose fame spread across the North of England. It wasn’t unusual for a contender to turn up at their house and demand a crack at the champ, often at teatime after a long shift: ‘Grandad would set down his knife and fork. “Iris, put that in the oven,” he’d say to my mum. “I won’t be long”.

‘Then he’d go and knock seven bells out of this bloke in the street — all with his fists, no gloves, no kicking, none of that — come back in and finish his dinner.’

Young Tony Fitzgerald grew up in a house packed with family. ‘I never knew what it was like to get into a cold bed,’ recalls Christie. He shared with his uncles who worked at the pit — when they’d get out to go on the nightshift, the boy climbed in between warm sheets.

The story is told with a combination of nostalgia and humour, in straightforward language that makes it feel as though the entertainer is chatting to us from the stage between songs.

There’s a lovely account of what he calls ‘my West Side Story moment’ in 1967, when he fell in love with a girl at the front of the audience as he stood on stage singing. 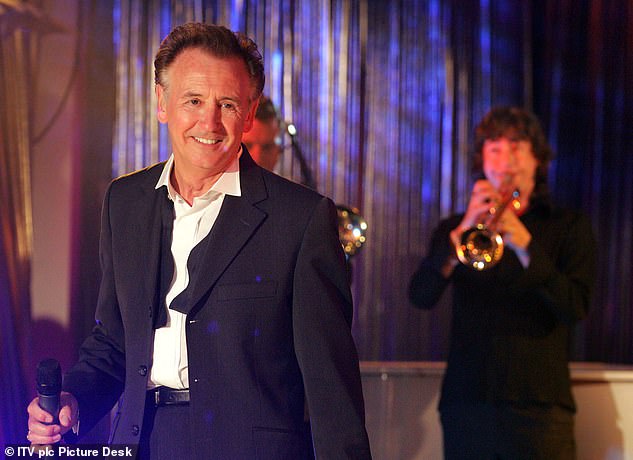 Tony Christie (pictured) has been in the music business for over 50 years, he was invited to Buckingham Palace in 2014

Her name was Sue. Utterly smitten, he knew at once that he wanted to marry her: ‘My dad was a bit concerned that it was all maybe like a whirlwind. He said: “Tony, you don’t just marry a girl just because she’s got great legs.”

‘Well, she still does have great legs, but what I thought was: “Why are you looking at my girlfriend’s legs?” ’

The hits were a long time coming, and he can’t hide his fondness for all of them, beginning with Las Vegas and I Did What I Did For Maria.

But Amarillo was his first song to sell a million copies, though the hit wasn’t finished when his manager first heard a demo tape made by Neil Sedaka.

‘We can’t think of any lyrics for the sha-la-las,’ confessed Sedaka. 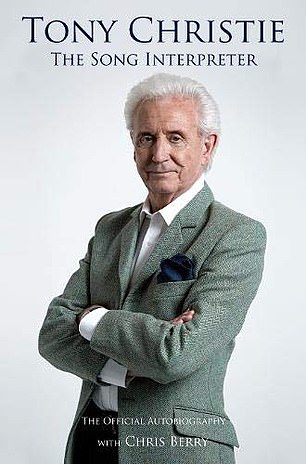 Of course, it was that wordless chorus, so memorable and easy to sing, that made the song a smash.

Christie is frustratingly coy when he talks about the Comic Relief video. Originally, he was to star in the number with Peter Kay, but his involvement was whittled down until he was dropped from the filming schedule altogether. Only a furious phone call from his manager son Sean, threatening to withhold permission to use the song, got him reinstated . . . for just 14 seconds of footage.

Ever since, millions have assumed that comedian Kay, who mimes to the number throughout, is the real singer. It’s a travesty, but Christie is phlegmatic: Amarillo has fuelled his whole career, he says. It’s his My Way. Any ingratitude would be churlish.

Such a laidback attitude is doubtless the only way to stay sane after more than 50 years in the business.

And, after all, it is a great party song. When he was invited to Buckingham Palace in 2014, Christie was thrilled to hear the Queen say that the Royal Family played Amarillo at all of their parties. It was, she said, one of those songs you can’t get out of your head.