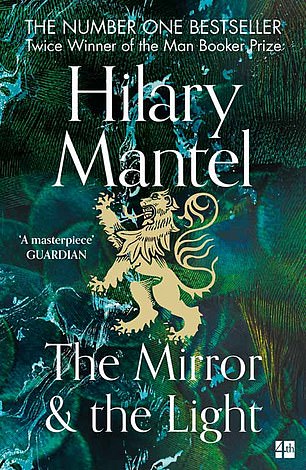 THE MIRROR AND THE LIGHT

As we begin Hilary Mantel’s novel, we know how it will end: Thomas Cromwell, the blacksmith’s boy who rose to become Henry VIII’s most powerful adviser, will lay his head on the executioner’s block.

Yet Mantel’s Cromwell is so full of life that it is impossible not to hope that he will somehow outwit history, living out his old age pruning the fruit trees in the garden of his peaceful manor house.

Wolf Hall chronicled the astonishing trajectory of Cromwell’s rise. Its sequel, Bring Up The Bodies, found him navigating the treacherous terrain of the King’s curdled passion for Anne Boleyn. The final book in the trilogy charts his inexorable downfall with the dark brilliance and profound humanity that makes it, like its forerunners, a masterpiece.

DIARY OF A YOUNG NATURALIST

A teacher once told Dara McAnulty’s parents that their son would never be able to string a paragraph together — a judgment whose obtuseness is contradicted by every sentence of his lyrical diary of a year in nature.

Like his mother, brother and sister, 17-year-old Dara suffers from autism — a condition that lends a vivid (and sometimes unbearable) intensity to his perceptions. But he finds an antidote to the ‘onslaught of life’ in his sensitive observations of the natural world.

A celebration of the turning of the seasons and of his life with his loving family (‘we’re as close as otters’), this is also a powerful account of a young campaigner’s attempt to make a difference to the future of the beautiful world of which, he reminds us, ‘we are all custodians’. 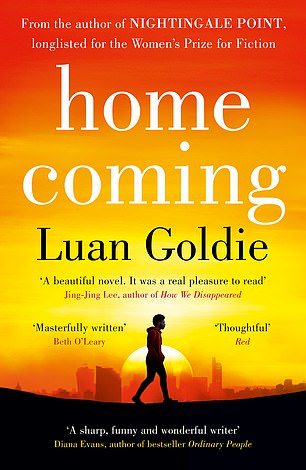 At first glance, Kiama looks like an ordinary 18-year-old boy, flitting from job to job and girl to girl. But unlike others, his past is full of unanswered questions. Eventually he asks Yvonne, his late mother’s best friend, if she will help him to answer them.

Kiama was the result of a brief relationship between Emma, whose parents are white expats in Kenya, and Lewis, a black Londoner.

When Kiama is eight, Emma decides to go back to Kenya, but when Yvonne visits them, something happens that shatters Kiama’s childhood. Years later, as Kiama and Yvonne return to Africa, their journey raises more problems than it solves.

Luan Goldie’s thoughtful second novel explores issues of identity and belonging, as well as the healing power of love and friendship.