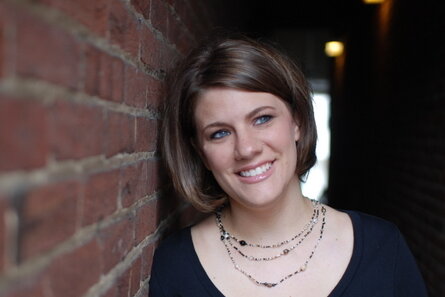 IN MEMORIAM In 2019, not long before Rachel Held Evans died from a brief, sudden illness, she summoned her husband to her office to take a look at her laptop. The first 20 percent of her new book was gone, “lost to the binary grave of technology,” writes Daniel Jonce Evans in a foreword to “Wholehearted Faith,” his wife’s posthumously published essay collection.

After a few desperate searches, while the best-selling author and challenger of conservative Christianity tried to stay calm, her husband, a self-described tech consultant, located her work in a hidden file.

Evans approached Jeff Chu, a family friend and the author of “Does Jesus Really Love Me? A Gay Christian’s Pilgrimage in Search of God in America,” about turning his wife’s work in progress — plus other unpublished work and unrealized ideas — into a finished book. “Without hesitation, the instant I had enough jumbled words out of my mouth for him to comprehend my request, he’d already said yes,” Evans writes.

Picking up the megaphone of a woman who, according to her New York Times obituary, “gave voice to a generation of wandering evangelicals wrestling with their faith,” was a daunting prospect to say the least.

“Of course I wanted to say no,” Jeff Chu writes in his introduction. “I’m not Rachel. I am the furthest thing from a straight, white, Southern, Baptist-turned-Episcopalian woman.”

The day before Rachel Held Evans’s funeral, Chu visited her home in Dayton, Tenn. He descended to her basement office, sat in her chair and looked at the corkboard above her desk, “where she had pinned encouragements to herself, things that she wanted to remember as she wrote.” Chu recalls, “The words that stood out to me the most: ‘Tell the truth.’” So he did.

“Wholehearted Faith” is now No. 12 on the hardcover nonfiction list. It tackles topics like grace, doubt and sacrifice while somehow embodying the advice of its first author to its second: “Thick skin, tender heart.”