Home » Books » On the Run From the Nazis, Taking Train After Train

On the Run From the Nazis, Taking Train After Train THE PASSENGER
By Ulrich Alexander Boschwitz
Translated by Philip Boehm

Sometimes an author’s story and the story of the author’s fate jump up to greet us simultaneously, and we don’t know which has more power to move us. Especially when both, in a sense, are outlines — rushed, unfinished or barely finished sketches.

Ulrich Alexander Boschwitz, a young writer and Jewish refugee from Nazi Germany, drowned in 1942 when the ocean liner MV Abosso was torpedoed by a German submarine in the North Atlantic. Along with the ship’s 362 passengers and crew members, the waters took the revised manuscript of “Der Reisende,” Boschwitz’s bold second novel, which had previously appeared in English as “The Man Who Took Trains” in Britain, and “The Fugitive” in the United States. On publication, it received middling reviews. Boschwitz kept working on it, writing to his mother: “I really believe there is something in the book that may make it a success.”

Though the revision is gone, the original manuscript turned up in a German archive more than 70 years after the author’s death. It was edited by Peter Graf — who makes a specialty of these things — and translations have been published in many languages. The novel is now called THE PASSENGER (Metropolitan/Holt, $24.99) and has been efficiently translated into English by Philip Boehm (who has done much harder things much better). It tells the story of Otto Silbermann, a Jewish businessman, and his panicked movements in the days immediately after Kristallnacht, the campaign of murder and mayhem unleashed upon German Jews in November 1938.

Boschwitz wrote his book in a few weeks after Kristallnacht. It begins, a little opaquely, with some negotiations between Silbermann, who runs a marine scrapping firm, and Becker, his Aryan No. 2, though now, as “the goy of record,” the titular head. (The Nazis passed laws that made it impossible for Jews to own businesses.) Silbermann goes home to deal with the scuzzy Theo Findler, who is offering to take his house off his hands for a fraction of its value. Silbermann and Elfriede, his (Aryan) wife, have an adult son in Paris, who is trying to secure them a visa. There is a knock on the door, a bunch of Nazi hoodlums make their way in, and, as luck would have it, administer a beating to Findler, who happens to answer the door. Silbermann slips out the back.

Over the next hours and days, the gravity of his situation dawns slowly on him — and much more rapidly on us. His home, his business, his Jewish and German contacts — still strange to him to make the distinction — are all off limits: He would endanger them, or vice versa. His wife goes to stay with her brother. His own sister’s (Jewish) husband has been taken away. Silbermann is all alone in what he now understands to be an implacably hostile world. The law offers no protection. Social standing and wealth mean nothing. The borders are sealed. He is effectively a wanted man.

Silbermann, who has the advantage of not looking Jewish, whatever that means, bounces haplessly among telephone boxes, railway stations, cheap hotels and — principally — trains crisscrossing Germany. He has a number of dealings with people he knows, with strangers, with landladies, with waiters, with other fugitives. There is maybe a distant, or even unconscious, echo of Dante; this is also a book of interviews. Silbermann’s existence resolves itself into one of constant movement; he becomes, almost unknown to himself, a Wandering Jew. 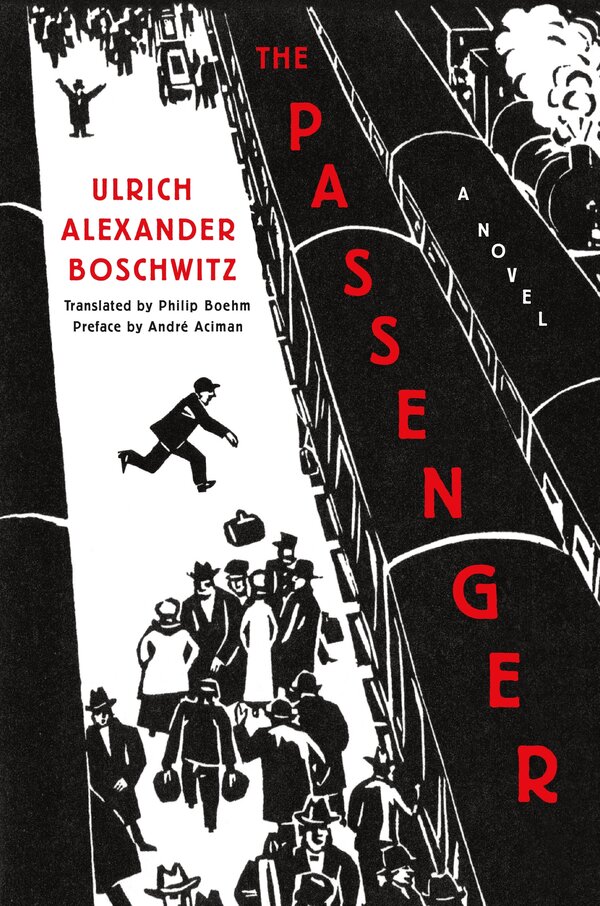 It is the situation of numberless films. All against one: whether he be a spy or an immigrant, a man unfairly charged with a crime, a whistle-blower, an upright citizen or the carrier of a deadly disease or a life-giving cure. They are familiar roles played by the likes of Harrison Ford or Tom Hanks, men no longer young, no longer limber, but not to be messed with. We are used to such stories being about the revelation of unexpected toughness, survival and coming out on top. They are fairy tales, and they end well.

Conditioning by the genre — and some historical knowledge of the 1930s — makes us impatient with Silbermann, who doesn’t have a plan, doesn’t keep a cool head, doesn’t discover in himself unexpected resources. It also perhaps makes us unable to cope with the world as is, where the law is broken with impunity, even to applause; where the bully gets away with it; where the sensitive, ethically principled individual gets a new label: loser. There is no fifth act, while second acts (pace Fitzgerald) are 10 a penny. We either know or don’t know what happened in the past, but we continue to think, with Silbermann, this can’t be happening. A form that once gave courage is now chiefly a way of avoiding reality.

Boschwitz’s own life is a study of thwartedness, of the almost implausible cruelty of fate. He escaped Germany in 1935 and caromed around Europe — from Sweden to France, to Luxembourg, to Belgium — before settling in England shortly before the outbreak of the war. There, he was interned as an “enemy alien” along with other German refugees and real Nazi sympathizers, and eventually shipped to a prison camp in Australia. Refugees were reclassified as “friendly aliens” after the attack on Pearl Harbor, and a newly freed Boschwitz boarded the England-bound Abosso, only to be torpedoed by the countrymen he had both fled and been mistaken for. He was 27.

“The Passenger” is a gripping if occasionally annoying read. It is the work of a very young man, both urgent and perishable, and written at some remove from the events and atmospheres it describes. There is no iron logic defining its scenes or their sequence. We rarely think: “Yes! This is it!” Tension washes in and out. There is a naïve and rather uncomfortable gap between the third-person narrative and the interior protocol of Silbermann’s consciousness. It is perhaps too much to hope for a masterpiece from the circumstances of its retrieval.

It is also, strangely, not a vivid book. There is very little in the way of speaking detail — this restaurant, that railway station, this fellow traveler, that city. Early in the story, Silbermann is made aware of the impending Kristallnacht by a glance at a newspaper: “He frowned at the headlines: ‘The Murder in Paris,’ ‘Jews Declare War on the German People.’ Shocked and angered, he crumpled the paper and threw it away.” One is reminded that the perpetually displaced Boschwitz was writing through the haze of distance and under the impress of his own, more harmless memories of Germany before his exile.

“The Passenger” doesn’t have the courage of its schema, either: It could have been an absurdist book, a poetic parable, in which the character has given up on himself, and is existentially negotiating his final days, preferring the train to stationary life, and preferring the restaurant car to the other carriages. One can only imagine what Orwell or Camus might have done with such a setup. And indeed, “The Passenger” sends one back to “The Plague” and “The Stranger,” or to an extraordinary — though little known — Czech novel by Jiri Weil, “Life With a Star” (1942), about a desperate and destitute Jewish bank clerk in the so-called Protectorate of Bohemia and Moravia.

It also happened to send me to Boschwitz’s first novel, “Menschen Neben dem Leben” (“People Parallel to Life,” or maybe “Between the Cracks”), which first appeared in Swedish translation in 1937. That is one of a great many “Berlin novels” from the 1930s, in the wake of “Berlin Alexanderplatz,” with a familiar cast of beggars, alcoholics, vagrants and prostitutes, but written from life, and with some brio. I found it the more impressive and fully realized book.

At its best, “The Passenger” works as an invitation to the reader to be his own Otto Silbermann. The book relies on its situation, its frantic times, which we can easily gain access to with our own imaginations, without Boschwitz’s frail guard rails. But it’s easier, of course, to grasp the full potential of history after the fact, than to do so while living its events, tossed by its waves.