Home » Books » Opening the doors of perception on drug addiction

Opening the doors of perception on drug addiction

There is nothing "dignified, let alone heroic or hip", about Chris Fleming's years of getting loaded in his memoir, On Drugs, although it's an absorbing read, full of self-analysis and anecdotes that range from amusing to horrific. It is a classic bind — tragedy and comedy. And even though drugs can be a hackneyed, juvenile, even indulgent subject to write about, Fleming's book is none of those things. 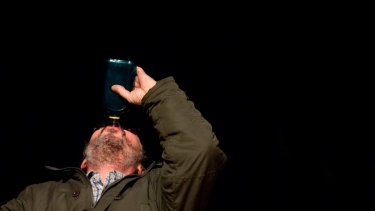 For Chris Fleming, alcohol is the only way other than sleep for switching off his mind.Credit:Alamy

It's rare to find a writer with the vocabulary and intellectual capacity to depict the grotesque and gratuitous lows found at the depths of a drinking binge while still confronting the higher level problems in representing it.

Terrible as it sounds, Fleming's training as a philosopher, based at Western Sydney University, and his secret, drug-addled life, have combined to produce an extraordinary book. The formula is simple but effective: Fleming uses his philosophical mind to scrutinise life as a drug addict.

While the addict life seems to be an experience endlessly fascinating for readers and writers alike, On Drugs is not Fear and Loathing in the Inner West. It begins with Fleming studying for his PhD, while getting hooked on over-the-counter opiates, "taking, on average, 48 [codeine] tablets a day" and smoking a lot of dope, seeing them as "performance-enhancing" for his studies. He was hooked, at first, on the "the possibility that pot might offer an almost unethical advantage in intellectual creation, an analogue to steroids".

Fleming writes about the absurd lies he told pharmacists to get his fix of over-the-counter codeine, feigning naivety, claiming they were for his dad, and so forth. 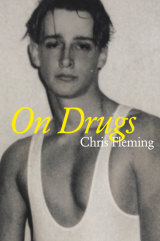 One night, he recalls repeatedly returning to the same bottle shop, "complaining about being the runner for the party, that people should be considerate enough to buy their own drinks, and so on, each time returning with the same explanation, albeit more drunkenly delivered". And for a moment it's tempting to chuckle along.

But this is his great tragedy, his oblivion. Daydreaming, it turns out, was indeed one of the "performance-enhancing" qualities he sought from the drugs. Quoting philosophers Gilles Deleuze and Felix Guattari, Fleming writes that "all drugs fundamentally concern speeds, and modifications of speeds". This belief that drugs could enhance his mind prompted the opposite. "I'd somehow, somewhere lost the capacity for reverie, for any kind of pleasurable dissociation or fantasy about my life and its . . . projected futures," he writes.

What I take away is that Fleming wants to address one of the enduring myths about alcoholism and drug addiction, namely that a user continues to take their preferred substance(s) to pursue hedonistic pleasure, a cycle known as chasing the dragon. He describes this feeling as "wistfulness . . . an attempt to get back to the original high . . . an unsuccessful resuscitation of the time that provided the initial impetus for drug use". For him, addiction was never about pleasure-seeking.

But much of the user's life does revolve around anhedonia — the loss of pleasure in so-called pleasurable activities. There is no joy watching Fleming snort "cocaine for hours, going through about five grams (about $1000 worth) in a single evening, without ever really getting high", nor joining him in another drinking binge, which he would pretty much always continue "to the point of passing out", blunting his quick-wit and curiosity.

Unlike dope, Fleming never saw alcohol as "performance-enhancing", but rather "an antidote to thinking, an anaesthetic — the most reliable way besides sleep of switching off my mind".

His "rock bottom" builds to a particular passage in the book that has stayed with me, because it reaches closer than anything else I've read in depicting oblivion. Dreading rehab, Fleming decides to kick the addiction solo and holds strong for a couple of weeks until he walks by a bottle shop, considers drinking, then turns around and buys a bottle of Scotch. He analyses his feelings at that moment, when the addiction took over, and describes it as "a kind of dark blankness — no regret, no fear, no thoughts about my future; my body just seems to carry me".

This is precisely what makes On Drugs stand above generic "drug lit", the James Freys of this world. Fleming has shared his story not to glorify or shock, but to humanise.