Outlander boss Toni Graphia hinted at when the series will come to a close in an interview earlier this year. It’s all a matter of how many books author Diana Gabaldon pens, with the fate of the much-loved show in her hands. Pointing to what went down with Game of Thrones, which saw the programme catch up with and then overtake the George RR Martin novels, Graphia told Digital Spy she felt like she was in a “race” with the writer.

“So, when I see Diana, I always tease her that we’re going to try to catch up to her.

“We probably never will, but I like pretending it’s a bit of a horse-race, where we’re nipping at her heels,” she added.

When it comes to how many books Gabaldon might stretch to, Graphia had some good news for fans, revealing it doesn’t look as though the story will be coming to an end any time soon. 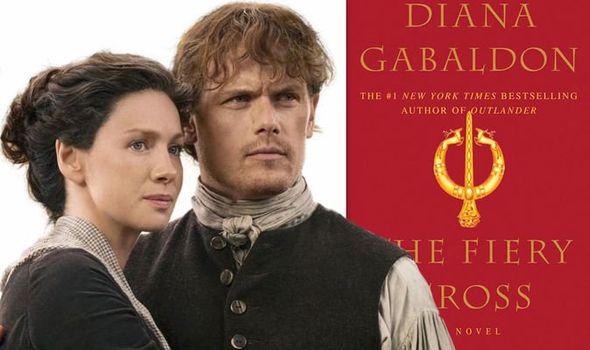 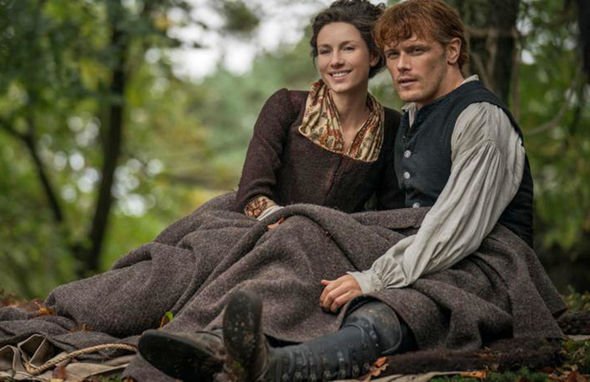 “She always she she’s going to do… I don’t know, like 10 is what she says,” she explained. “But she’s such a prolific writer, it wouldn’t surprise me if she kept going.

“As long as she keeps going, we’ll keep going,” the Outlander boss insisted.

Meanwhile, Graphia also gave a glimpse at what viewers could expect from the upcoming fifth season, which will be based on the fifth book, The Fiery Cross.

She said the next season will be all about “family”, while the previous one focused on “home”. 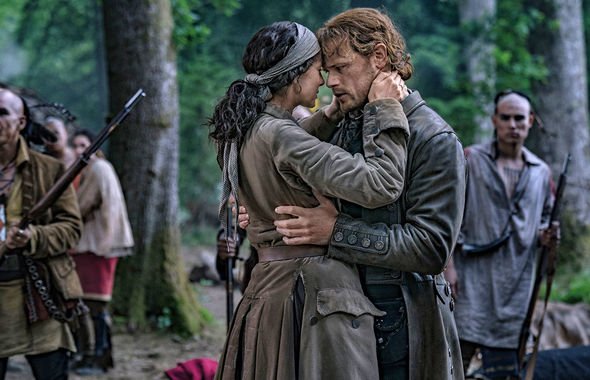 “Who is family?” she asked. “How do you keep them together? How do you protect them? What makes a family? How do you deal with your family?”

She revealed season five would centre around “the coming storm”, adding: “Of course, if you know the book, and what book we’re on, you know, it adds a lot.

“I would say this roughly follows the path of American history.”

It will pick up where the fourth season left off after a huge cliffhanger which saw Jamie Fraser (played by Sam Heughan) ordered to track down and kill his godfather Murtagh (Duncan Lacroix) by Governor Tryon (Tim Downie).

Outlander: What happened between Frank and Brianna? [RECAP]

Outlander’s network Starz’s official synopsis for the series says: “As Claire knows all too week, friends, neighbours and countrymen are unwittingly marching towards Revolution, with members of the elite ruling classes struggling to stifle the alarming undercurrent of unrest triggered by the Regulator Movement.

“Against this backdrop, which soon heralds the birth of the new American nation, Claire and Jamie are forced to ask themselves just how far they are willing to go to protect their home, and praying there will be no reason to light the fiery cross, an ancient Scottish call to arms.”

In another teaser, Claire actress Catriona Balfe also hinted at what’s in store for her character in season five during a New York Comic Con panel.

“I get to do lots of different operations this season and it’s quite cool,” she said, confirming Claire will be utilising her surgical skills more this time around.

In May this year, Starz President and CEO Chris Albrecht confirmed seasons five and six would follow, saying in a statement: “Fans can rest assured their beloved Claire and Jamie will be back facing new challenges, adversaries and adventures in seasons five and six as we delve into American history and continue the story of the Frasers as they settle in the New World.”

Production began on the new season back in April, but fans won’t get their hands on it until early next year.

Starz COO Jeffrey A Hirsch explained the delay to reporters at the Television Critics’ Tour back in July, saying: “Everything we do is based on delivery, trying to have something on the air to serve that premium female audience.

“We have some shows coming before like Power that serve the general market. It’s more about scheduling around that digital experience.”

Outlander season five will start airing weekly in the US on February 16 2020, with the first episode arriving on Amazon Prime Video in the UK February 17.