Outlander enticed readers within the first few chapters of book one. Author Diana Gabaldon somehow captivated everyone who read into Claire Fraser’s story back in 1991 when the book was first released. But perhaps the most striking of scenes was when Jamie’s ghost supposedly made an appearance to Claire and Frank Randall.

In the past Gabaldon has spoken out about how this was in fact Jamie’s ghost.

Of course, it is no surprise Jamie had died, as Frank and Claire were born in the 1900s, hundreds of years after Jamie’s era.

But this has often sparked a lot of confusion, with many people questioning whether it was actually Jamie from a timeline where he could somehow time travel.

Now, Gabaldon has cleared up exactly what is going on with Jamie and any form of time travel. 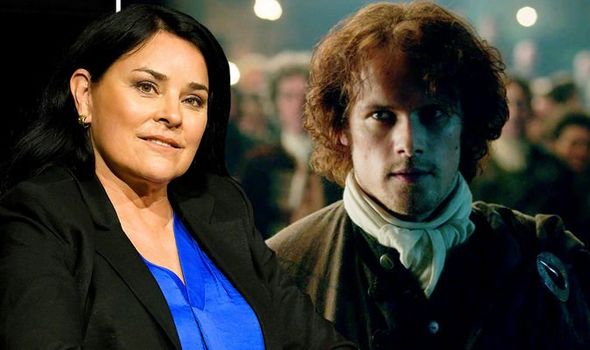 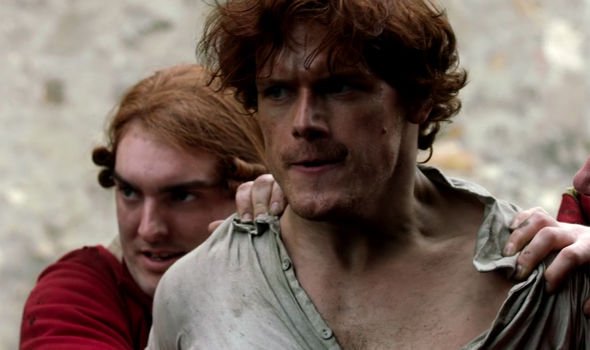 And recently she has been no different, as Gabaldon answered a number of queries earlier in the month.

One question spoke of the possibility of Jamie venturing to the future.

The fan wrote: “How about a book where Jamie travels to the future? 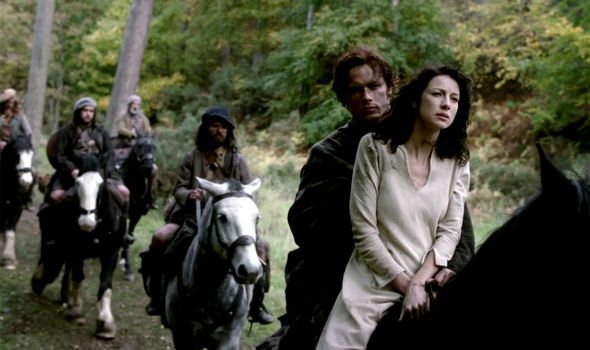 “I really want to see him encounter Bri and Roger’s world.”

Of course the fan is referring to Brianna Fraser and Roger MacKenzie’s future timeline, which sees them enjoying the 20th century delights.

Witnessing these marvels would absolutely blow Jamie’s mind, and no doubt create a number of funny scenarios.

However Gabaldon stamped out this line of thinking with three simple words.

She replied to the fan: “Never gonna happen.”

It makes sense that Gabaldon would make such a split between Claire and Jamie, as she is certainly a creature of her time.

Gabaldon also hit back at one of her fans for criticism over the fictional couple’s relationship.

The fan suggested that perhaps Claire was not on the same romantic “wave-length” as Jamie was.

To which Gabaldon promptly replied: “She tells him. She also feeds him, heals him and takes him to her bed. They’re on the same wave-length.”

When the fan wasn’t happy with the answer, Gabaldon added: “Well… yes. She is who she is.

“Why should she suddenly change and start being gushy?”

Outlander book nine Go Tell the Bees That I am Gone is expected to release 2020.