When fans left off Outlander season four, many were frustrated the episodes hadn’t portrayed the story of book four, The Drums of Autumn, as well as they’d hoped. Roger MacKenzie underwent a complicated arc, after falling in love with Brianna Randall Fraser and following her across time and oceans. While the pair’s initial relationship was sweet, Roger became desperate for Brianna to marry him, and it wasn’t long before the budding couple were cut short after an explosive row.

Roger was determined to make up with Brianna, but despite a passionate reunion in 18th Century North Carolina, the historian’s lies caught up with him and his beau discovered he’d kept a devastating secret about her parents Jamie and Claire.

Roger then spent the rest of the season deeply struggling as not only was he mistakenly identified as Brianna’s rapist – the man was actually Stephen Bonnet – but he was then sold off to the Mohawk tribe.

Jamie and Claire eventually rescued him in the season finale, but when Roger found out Brianna was pregnant with a baby that may not have been his, he was conflicted.

The 20th Century character contemplated going back through the Standing Stones to his own time, but luckily he remembered his love for Brianna was stronger than any problems they had to face at the last second. 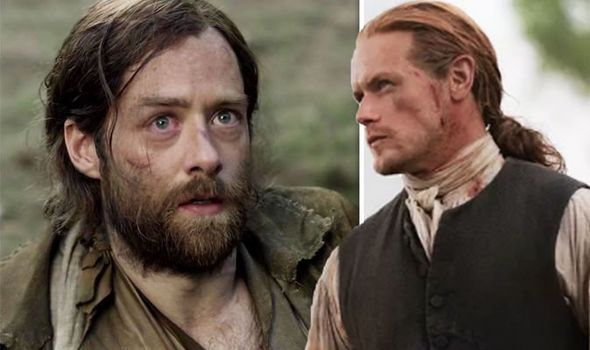 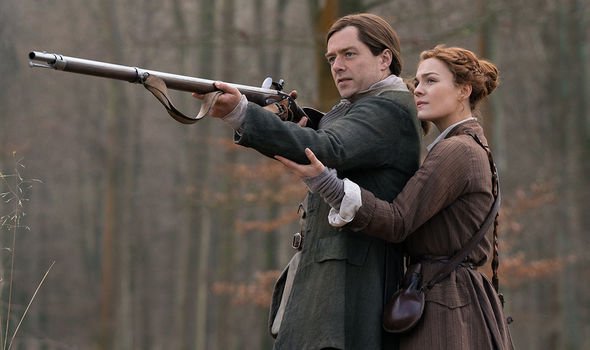 In the books, Roger’s personality was generally much more likeable, and his conflict and timely values were not nearly as prominent.

American writer Diana Gabaldon quickly recognised this change, but was insistent things will be very different in the adaptation of The Fiery Cross into season five.

Speaking in a recent interview with Outlandercast, she explained why there’s one particular episode she loves so much, and that it will involve a major scene between Roger and Jamie.

Is there going to be a fight between the two men? Jamie will undoubtedly struggle to forgive his new son-in-law following his actions towards his daughter in season four. 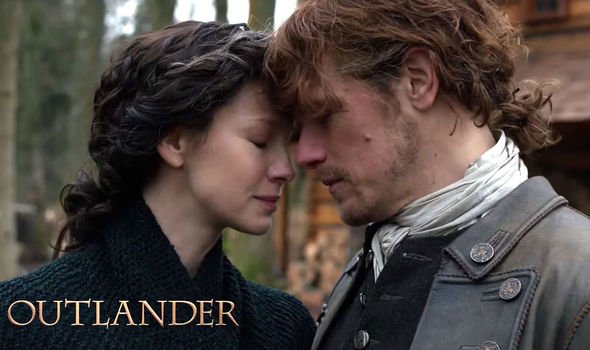 “Well I see the dailies that come in every day, and then I see the assembled episodes,” Gabaldon began.

“On the basis of the dailies, 5.09 is going to be my favourite, but I have liked several of the others a lot as well.”

“Yes it’s very close to the book and very dramatic,” the author went on. “It covers one of my favourite book story lines.

“And sticks very close to the events, dialogue and sense of the original.

“Sam and Rik are particularly good; they have several intense scenes together.”

Gabaldon also spoke out about how Roger had been portrayed in season four, and she certainly didn’t pull any punches.

“Yes, the writing didn’t do him any favours,” she told the publication with a laugh.

And the author then assured fans Roger will very quickly redeem himself in the next offering.

Outlander: Was Jamie Fraser a real person? Is he a historical figure? [DETAILS]

“Oh YES…” Diana said emphatically. “You’re going to like him A LOT better in Season 5.”

“Well, they paid attention to me,” Diana said. “And to Rik…” she added with a laugh.

Outlander book nine Go Tell The Bees That I Am Gone is expected to be released in 2020.