Diana Gabaldon is a queen amongst Outlander fans. The American author has been writing her novels for nearly 30 years now; the first book was released in 1991. And Gabaldon is now deep in the middle of researching and writing her ninth, mysteriously titled Go Tell The Bees That I Am Gone. The author is heavily involved in the producing and decisions related to the STARZ TV series, which stars Sam Heughan and Caitriona in the title roles.

But there have been many occasions where the writer has had to relinquish control and allow for creator Ronald D. Moore and executive producer Maril Davis to take the reigns.

This is because some of the plot points in the time-travel romance novels need to be trimmed down or cut altogether in order to translate from the page to a much-shorter episode runtime.

Gabaldon may have been less involved with the casting process, as there have been videos released and interviews sharing how the initial process unfolded.

It has also been revealed that Scottish actor Heughan was found very early on, while the search for the perfect Claire continued.

Once the two actors did a seriously scorching chemistry test together though – featuring one of the most heartbreaking scenes from the first novel after Claire attempted to escape and get back to the Standing Stones.

The 20th Century nurse was captured by Black Jack Randall (Tobias Menzies), and put the rest of the clan in danger as a result of Jamie rushing to rescue her, and it prompted one of the most poignant moments between the couple. 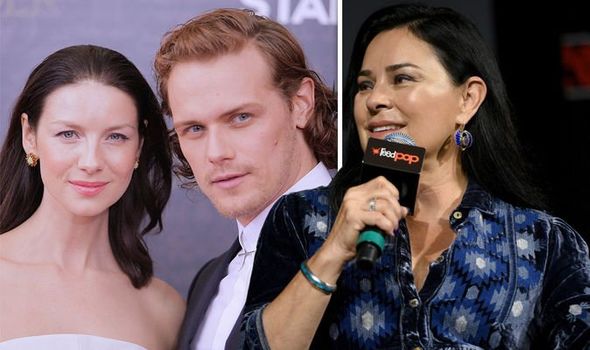 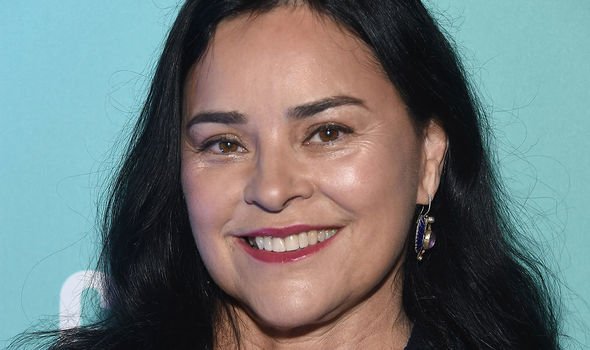 I thought it was great

But while the author may have not been present at the audition or heavily involved in the casting process, she has confirmed she was happy with the find.

Gabaldon regularly responds to fans on Twitter, as she is very active in the fandom.

Asked by one person “What did you think about the casting of Caitriona Balfe as Claire?” though, her answer was very simple.

The author made a swift reply stating she thought the choice was a “great” one, proving her delight at the ultimate result on the series.

Some choices the producers have made have proved harder to accept however. 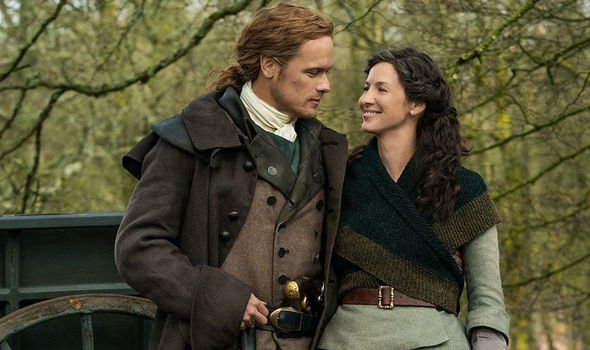 Gabaldon struggled with the decision to keep Murtagh Fitzgibbons Fraser (Duncan Lacroix) on the TV series, but the fan love was simply too strong to get rid of him, according to Moore and Davis.

The author has repeatedly responded to suspicious fans of how the show’s bold move will effect the translation of the story going forward, after questions from loyal readers.

But they needn’t worry, because Gabaldon has confirmed there is nothing to worry about.

Outlander book nine Go Tell The Bees That I Am Gone is expected to be released either late this year or early 2020.