Paula McLain Wrote a Thriller — and This Time, It’s Personal If you talk to enough writers, you’ll notice a theme of books and words as saviors. You’ll hear how a meaningful novel landed, at just the right moment, in the hands of a person who was alone and scared; how a humble ballpoint pen became a microphone, a stage, a shield or a sword.

For Paula McLain, the author of “The Paris Wife” and four other novels, including her new one, “When the Stars Go Dark,” which Ballantine will publish on April 13, stories were the bridge out of a childhood spent in foster care. Her mother left when she was 4; her father was in and out of jail.

“Writing was the way I kicked like hell for the surface when I couldn’t breathe. I was trying to find words for things there aren’t words for,” McLain, 55, said during a video interview from her home in Cleveland, where she lives with her teenage daughter and son; an older son lives in Denver.

For more than a decade, beginning in 1969, McLain and her sisters — one younger, one older — bounced from placement to placement in California, enduring sexual abuse, corporal punishment, neglect and the daily discombobulation of never feeling properly cared for.

She describes this period with a disarmingly cheerful tone, but her recollections pack a punch. “My childhood was like a war that wouldn’t end,” she said. “I didn’t feel safe in my body. I didn’t see a way out or a way through. I was ashamed of my story; it seemed to point to something terribly wrong with me.”

At each new school she attended, McLain brought her lunch to the one place where she knew she would find a kindred spirit: the library. “We moved so much, I didn’t feel it was safe to make friends with actual kids,” she said, “so I always made friends with librarians. And then I made friends with books.”

She devoured tales of survival, including “Watership Down,” “A Tree Grows in Brooklyn” and fairy tales by Hans Christian Andersen and the Brothers Grimm. “I was trying to find a path out of the woods,” McLain said. “Characters became my friends and my guideposts.”

After high school, McLain got a job in a nursing home and put herself through college with the help of a California program that allowed students to go to community college for $50 plus the cost of books. “I had no bank account,” she said. “I lived with my sisters, and we were well below the poverty line. We had no furniture.” 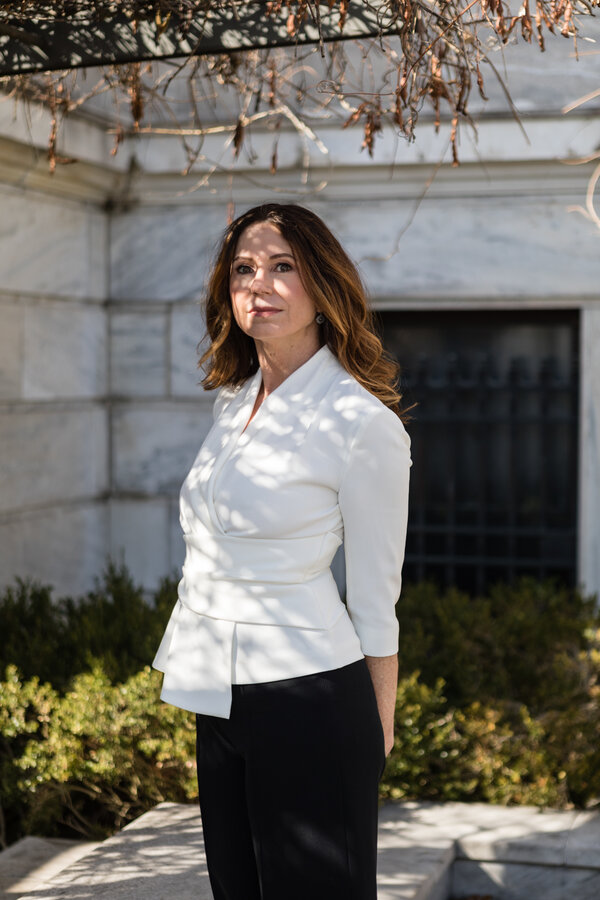 In a phone interview, McLain’s older sister, Teresa Reed, said, “When you grow up the way we did, you don’t think you’re going to achieve something that’s unobtainable. So it’s not like I looked at Paula and thought, ‘You’re going to be this amazing novelist.’ But she was always writing, always doing poetry, always in a book. And she wrote all my term papers.”

McLain was a divorced mother of a toddler when she borrowed $35,000 to get her M.F.A. in poetry at the University of Michigan. “I had no idea how I was going to pay that money back,” she said.

After finishing the program, she taught high school in Vermont, waited tables in Wisconsin and wrote in her free time. In 2003, she was living in Ohio and preparing to discuss “A Moveable Feast” with a memoir class at a local college when an idea came to her “like a bolt of electricity”: to write about Hemingway’s bohemian Paris from the point of view of his first wife, Hadley Richardson. She quit three part-time teaching jobs, planted herself at a Starbucks, and, as she put it in an email, “wrote my face off.”

When “The Paris Wife” was published in 2011, it became as ubiquitous on the best-seller list as its characters were in Left Bank cafes, lingering for 31 weeks on the hardcover fiction list and 35 weeks on the trade paperback list. There are now more than 2 million copies in print. “‘The Paris Wife’ is why I can afford bookshelves instead of ramen,” McLain said. She went on to write two more best sellers based on the lives of real women — Beryl Markham in “Circling the Sun” and Martha Gellhorn in “Love and Ruin.” She viewed her work as a feminist act, a way to give depth and dimension to “unclaimed, missed women.”

But one day in the fall of 2017, McLain was walking her goldendoodle, Piper, around a local pond when she had an idea for a different kind of story — a suspenseful one — that morphed into “When the Stars Go Dark.”

“I pictured this troubled missing persons detective who becomes obsessed with a girl who goes missing in a town that meant something to her when she was a kid,” McLain said. “Before I got home, I could see the whole thing.”

McLain’s latest main character is Anna Hart, a San Francisco detective who grew up in foster care and is on the run from a mysterious horrific event. She lands in Mendocino, Calif., and is drawn into the search for a girl whose disappearance gives her an unnerving sense of déjà vu. Sexual abuse is a theme; so is the hangover of a rootless childhood.

In an author’s note, McLain explains her decision to set the book in 1993, a time that was “pre-DNA, pre-cellphone, before the internet had exploded and ‘CSI’ had laypeople thinking they could solve a murder with their laptop.” But when she started digging into the research, she realized that there had been real-life abductions in California at that time — including the kidnapping of 12-year-old Polly Klaas from her Petaluma bedroom. McLain weaves Klaas’s tragic story into the novel, reminding the reader of yet another young woman who never had a chance to shine.

Eventually, McLain shared a draft of “When the Stars Go Dark” with a friend who pointed out that she was writing about her childhood. McLain admitted that this novel is “more intimate and tells the truth more than my memoir.”

That memoir was “Like Family” (2003), which described McLain’s experience growing up in other people’s houses. “In a way it’s like a hotel because nothing belongs to you,” she wrote. “It’s all being lent, like library books: the bed, the toothbrush, the bath water, the night-light under the medicine cabinet that will help you recognize your own face at 2 a.m.”

Publishers Weekly described the memoir as a “brave account, evidently cathartic for the author and occasionally difficult for the reader.” McLain’s sister Reed said reading it was “like a shot of whiskey.”

McLain remains fond of “Like Family” but now admits that she hid behind symbolism while writing the most painful chapters of her story. With “When the Stars Go Dark,” she was four drafts in before she shared the manuscript with her publisher.

She worried that her team would think she was “nuts,” she said, to jump off the historical-fiction shelf where she’d made a name for herself. Ballantine’s president Kara Cesare said in a phone interview that she believes McLains’s readers will follow her — and that her candor will pick up new readers as well.

“Paula crafts these beautifully flawed characters,” Cesare said. “She put a lot of herself and her own story into this book, and I think that translates to the reader.”

Reed said McLain asked her if she was ready to be “outed again” as a survivor of abuse. “I just said, ‘If you’re brave enough, sweetie, I’m brave enough,” Reed said.

As McLain put it: “Why not go ahead and rip the tape off? Why not tell the stories that matter?”