President Trump – a 12-year-old boy in a man’s body: Michael Wolff’s sequel to bestseller Fire and Fury offers up more compelling accounts from inside the Oval Office

Here’s Michael Wolff, again. The remarkable reporter whose inside account of the Trump White House, Fire And Fury, sold an estimated two million copies within weeks of publication, is back — so soon! — with a sequel.

But while the author was actually given access to the corridors of power for his first volume, here he is on the outside. His principal source, Steve Bannon, had been peremptorily fired by Trump after Fire And Fury was published, complete with highly disobliging remarks about the President and his family from the man who had been his chief strategist.

This volume continues to use Bannon as its main source, and we are asked to take it on trust (a rare commodity in these circles) that he is still a reliable conduit of information about what is going on in the Oval Office. 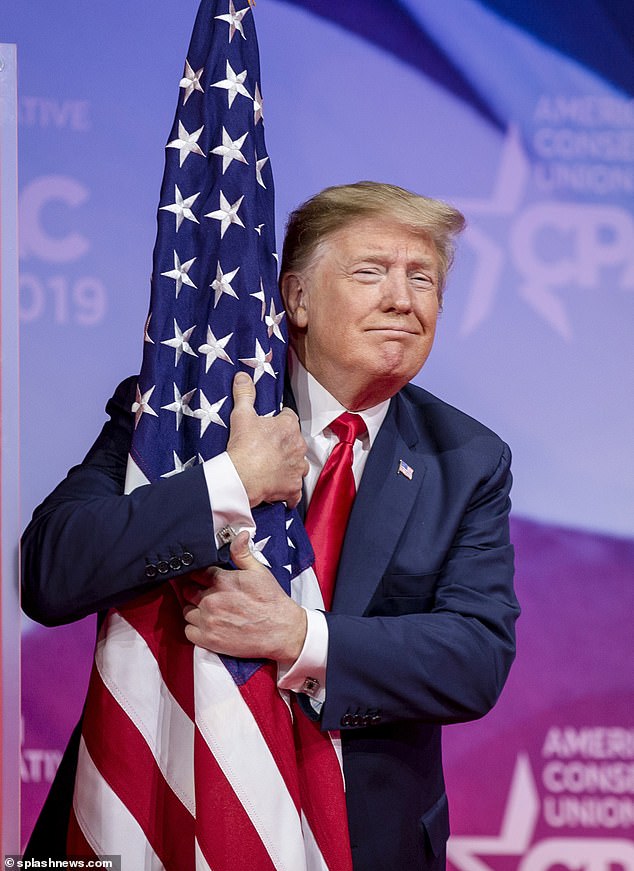 Michael Wolff who is the author of Trump White House, Fire And Fury, reexamines the US President (pictured) in a sequel

The White House has already denied some of this volume’s most sensational assertions. But that does not detract from the book’s immense readability, and I don’t doubt Wolff’s claim that some of those with ties to Trump have continued to confide in Bannon, and thus the reader is getting a form of inside account — however self-serving.

That self-serving message is that Trump’s pursuit of a protectionist and anti-globalist agenda is the result of Bannon still pulling strings behind the scenes, as, according to him, Trump is ‘politically tone-deaf’ and ‘doesn’t give a f*** about the agenda. He doesn’t know what the agenda is’.

In fact, Trump had been banging on about the loss of American blue collar jobs to ‘unfair foreign competition’ for decades, long before he ran for office or ever heard of Steve Bannon.

And Trump has been remarkably true to his campaign rhetoric once in government, thus retaining the political support of his ‘base’.

But it’s not for political strategy that most will want to read Siege — it’s for the glimpses of Trump the person. Readers are rewarded with more eye-popping examples of his crudeness and vulgarity.

Trump’s contempt for men who display the slightest degree of sexual continence is comically revealed in the chapter on the Brett Kavanaugh hearings (when Trump’s nominee for the Supreme Court was interrogated on a sexual assault he was alleged to have committed as a student).

When Kavanaugh insisted on live TV that he had been a good Catholic, a virgin in high school and for some time afterwards, Trump was appalled: ‘Who would say that? My virgin justice. This man has no pride! Man? Did I say man? I don’t think so.’

The revelation that his choice was a practising Catholic also perplexed Trump, who suddenly wanted to know why there were no Protestants (which he notionally is) on the Supreme Court: they were all either Catholic or Jewish. 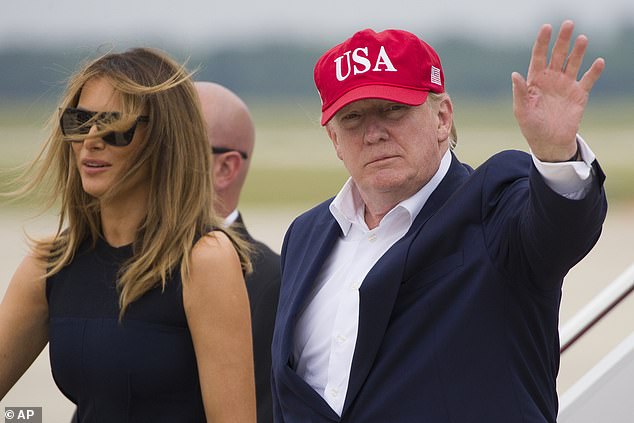 Michael was stunned by a character reference for Trump (pictured with first lady Melania) by Erik Whitestone, who compared the leader to a 12-year-old in a man’s body

But Trump is not an anti-Semite: he just likes to insult everyone, whatever their religion or colour, indiscriminately.

One of Wolff’s character references for Trump is supplied by Erik Whitestone, the sound engineer for The Apprentice — the show which made Trump a popular figure in American homes: ‘A 12-year-old in a man’s body, all he does is takedowns of people based on their physical appearance — short, fat, bald, whatever it is… it’s like being in the backseat of a car being driven by a really drunk driver.

‘He was as incoherent then as he is now, repeating thoughts and weird phrases.’

Wolff’s explanation for this is that Trump is a man with no thoughts that are private: everything is expressed, openly, the moment it occurs to him.

This also explains the President’s devotion to Twitter, which allows him to publish those thoughts to the world, instantly, without intermediation by anyone else. Or, as Bannon tells the author: ‘It’s not that he needs to win the week, or day, or even the hour. He needs to win the second. After that, he drifts.’

This, in fact, makes Trump superbly equipped to deal with the attention span of the American people — and the way in which the U.S. mass media communicates politics.

If you’ve ever watched American network TV news bulletins, you will have noticed that — for many years now — the extract from a speech that actually gets broadcast generally lasts for no more than a few seconds, then it’s on to the next item.

Trump, who spends vastly more time watching cable TV than digesting policy briefs, is the head of state that such journalism has created and enabled. 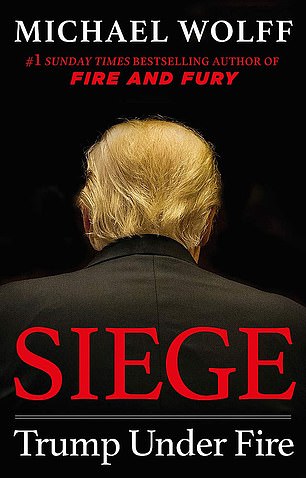 Obviously, that does not apply to his gross personal conduct —such as telling a dinner party, to ‘general mortification’ as reported by Wolff: ‘I don’t need Viagra. I need a pill to make my erection go down.’

Buried near the end of the book is the claim that the President told friends he wasn’t staying [overnight] at the White House [for work] — he was staying, because, as he claimed, he was ‘banging’ a young aide who ‘had a way about her’.

Wolff wonders aloud whether this was meant to be taken seriously: ‘Locker room talk? Or all part of a new alternative reality that only he seemed to be living in?’

I suspect that it was an empty boast… more characteristic braggadocio from the eternal 12-year-old that is the 45th President of the United States.