Robert K. Massie, Narrator of Russian History, Is Dead at 90

Robert K. Massie, a Pulitzer Prize-winning biographer who wrote gripping, tautly narrated and immensely popular books on giants of Russian history, died on Monday at his home in Irvington, N.Y. He was 90.

The cause was complications of Alzheimer’s disease, said his wife, the literary agent Deborah Karl.

In monumental biographies of Peter the Great (1672-1725), Catherine the Great (1729-96) and Czar Nicholas II and Czarina Alexandra, who were assassinated with their five children and others in 1918, Mr. Massie captivated audiences with detailed accounts that read to many like engrossing novels.

One was even grist for Hollywood: “Nicholas and Alexandra” (1967) was adapted into a film of the same title in 1971.

“He understands plot — fate — as a function of character,” the novelist Kathryn Harrison wrote of Mr. Massie in reviewing “Catherine the Great: Portrait of a Woman” (2011) in The New York Times Book Review. She continued, “The narrative perspective he establishes and maintains, a vision tightly aligned with that of his subject, convinces a reader he’s not so much looking at Catherine the Great as he is out of her eyes.”

Mr. Massie reached beyond strict biography. He wrote a book addressing the puzzles that arose after the skeletons of Nicholas and Alexandra, the last royal rulers of Russia, were discovered, along with those of family members, in Siberia in the 1990s. He also produced two naval histories of World War I that bristled with drama.

Mr. Massie said his literary odyssey was set in motion by research he did at the New York Public Library during lunch breaks from his job as a young journalist. It was purely personal research at first: He wanted to know more about the bleeding disease of hemophilia and how he and his wife at the time, Suzanne Massie, who became a noted Russian scholar, could help their hemophiliac son, Bob.

During his research he became fascinated with perhaps the most famous childhood case of hemophilia, that of Alexei, a son of Nicholas and Alexandra. It was to help Alexei that Alexandra had summoned Grigory Rasputin, the notorious faith-healing monk who gained influence over the imperial court. Public disdain of Rasputin contributed to the Russian people’s turn against the monarchy, helping to pave the way for the revolution of 1917. 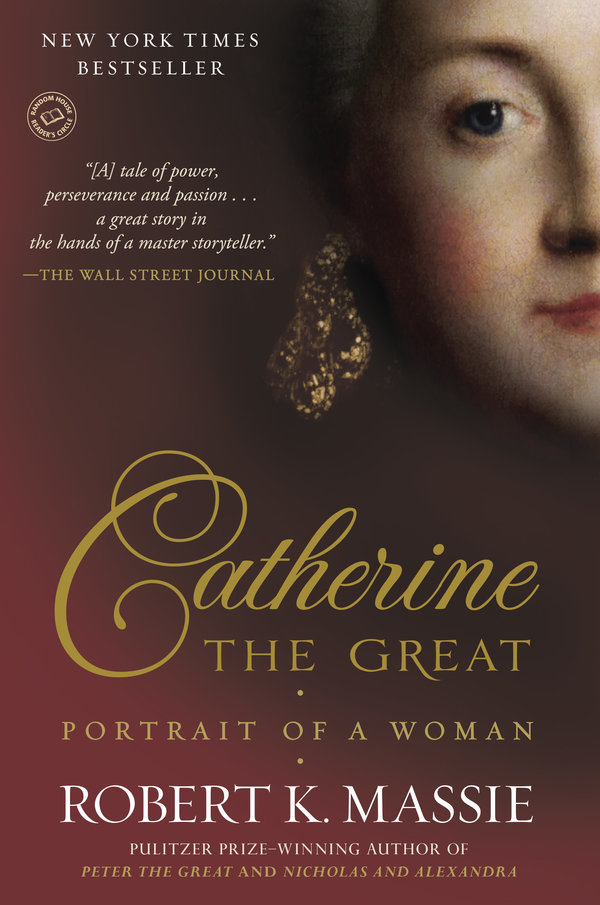 Mr. Massie wound up writing an article on hemophilia for The Saturday Evening Post, where he had taken a job in 1962. He wrote an accompanying article about Alexei and his parents, but The Post did not print it. Still, he found himself unable to abandon the family drama of the Romanovs, as the Russian dynasty was known, and he eventually quit his job to pursue the subject full time.

A decade later, “Nicholas and Alexandra” was published to acclaim. Though nearly 1,000 pages long, it sold more than 4.5 million copies and is regarded as one of the most popular historical studies ever published.

In Mr. Massie’s account, Nicholas comes across not as stupid, weak or bloodthirsty, as he had been portrayed elsewhere, but as a worried parent.

Robert and Suzanne Massie in 1975 addressed their son’s illness and how it had affected their own lives in “Journey,” a book they wrote together. Some reviewers saw their willingness to discuss deeply personal matters as a deliberate effort to draw a contrast to the Romanovs’ secretiveness and withdrawal.

In reading up on Russian history in his research for “Nicholas and Alexandra,” Mr. Massie became fascinated by Peter the Great, who had dragged feudal Russia toward modernity and turned a swamp into one of Europe’s most beautiful cities, naming it after himself.

But by his account Mr. Massie could not find a biography that captured him. So he resolved to write one. “Peter the Great: His Life and World” (1980), enlivened with anecdotes about Peter’s love for his mistress, Catherine, won the 1981 Pulitzer for biography.

It is the compelling tale of how a man became a legend. Mr. Massie ended the book with a final comment on Peter: “How does one judge the endless roll of the ocean or the mighty power of the whirlwind?” 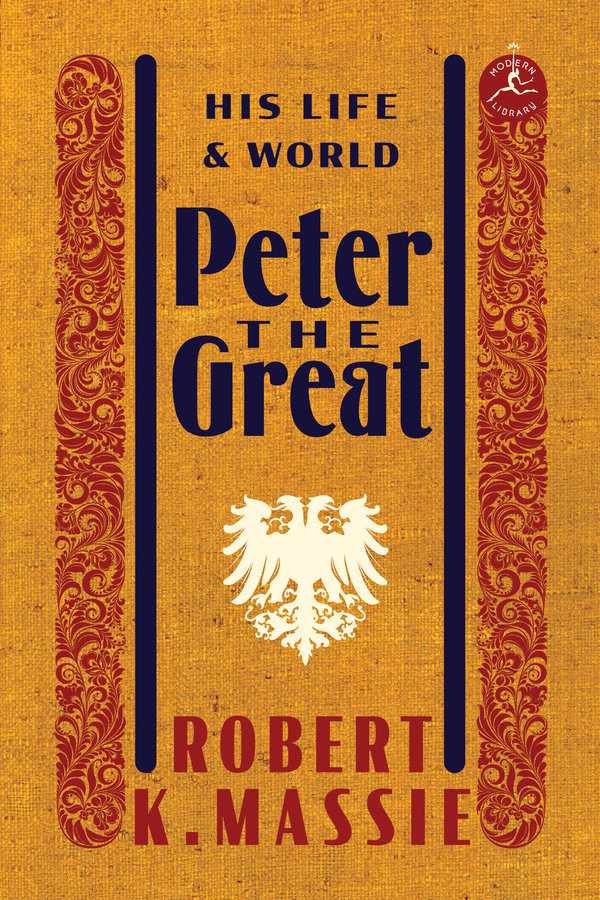 Deciding that he “had done enough about Russia,” Mr. Massie turned next to naval history, which had captivated him when he was a Navy nuclear targeting officer in the early 1950s. The resulting book, published in 1991, was “Dreadnought,” a 1,000-page history that explores the naval rivalry between Britain and Germany as a means of examining Europe’s drift toward World War I. (The title refers to the battleship of that era, intended to render all other naval vessels obsolete.)

Some criticized “Dreadnought” as lacking disclosures from original materials — a regular criticism of Mr. Massie’s reliance on secondary sources — but others praised his dramatic description of a grand failure in crisis management.

His ear for quotations was keen. He quoted Winston Churchill, then first lord of the admiralty, as saying in 1912: “If we win the big battle in the decisive theater, we can put everything else straight afterwards. If we lose it, there will not be any afterwards.”

Mr. Massie had hoped to follow up with a study of how the great powers actually used their massive battleships in World War I, but he was dragged back to things Russian. People from around the world kept calling to ask his opinion on the bones of the royal family that had been found in Siberia. He happily obliged, until Ms. Karl, his literary agent and second wife, asked, “Why are you telling all these people this?”

“Why don’t you write a little book about it?” she continued, according to a 2012 interview with Booklist. The answer was “The Romanovs: The Final Chapter” (1995), which described the medical intrigue, political maneuvering and courtroom dramas involved in identifying the bones. For example, Mr. Massie told how DNA evidence had disproved the claim of a woman living in Virginia to be the Grand Duchess Anastasia, Nicholas’s youngest daughter.

Joseph Finder, an author of thrillers, praised the book in The Washington Post as “a narrative as gripping as a well-wrought murder mystery.”

Mr. Massie went on to write the book he had planned on the World War I battleships: “Castles of Steel: Britain, Germany, and the Winning of the Great War at Sea” (2003). The Guardian called it “brilliant” and “exhaustive.”

He returned to Russian history with his biography “Catherine the Great: Portrait of a Woman” (2011). Drawing on her memoirs and published research, he noted her many accomplishments, which included personally rewriting Russia’s legal code, and offered a detailed account of her apparently sexless marriage to Peter III.

Robert Kinloch Massie III was born in Versailles, Ky., on Jan. 5, 1929. His father, Robert Jr., was an educator and his mother, Molly (Kimball) Massie, was a progressive activist. He grew up in Versailles and in Nashville.

After graduating from high school in Nashville, he earned a bachelor’s degree in American studies at Yale and another degree in the field at Oxford as a Rhodes scholar before serving in the Navy. In addition to working at The Saturday Evening Post, he had stints as a journalist at Collier’s and Newsweek. He taught briefly at Princeton and Tulane and was president of the Authors Guild.

His marriage to Suzanne Rohrbach in 1954 ended in divorce in 1990. Suzanne Massie’s books include “Land of the Firebird: The Beauty of Old Russia” (1980), which President Ronald Reagan read. She met a number of times with Reagan, and she was widely credited with telling him of the Russian proverb “doveryai, no proveryai” — “trust, but verify” — which he repeated in a meeting on arms control with the Soviet leader Mikhail S. Gorbachev.

Mr. Massie married Ms. Karl in 1992. In addition to her and his son Bob, he is survived by two daughters, Susanna Thomas and Elizabeth Massie, from his first marriage; a son, Christopher, and two daughters, Sophia and Nora Massie, from his second; seven grandchildren; and a great-grandson. His brother, Walter Massie, who went by Kim, died last year, also on Dec. 2.

Mr. Massie’s love of books — particularly the ones that fueled his own formidable literary output — was downright visceral. In an essay for The New York Times Book Review in 2012, he told of moving his many books on Catherine from his office to a nearby spot so he could visit them as “friends.” He said he showed the same respect to books in libraries.

“I like to make sure they are alive and well,” he wrote. “If they have collected dust, I take out the small towel I carry in my briefcase and wipe them off.”