China in their hands: How three sisters helped changed the course of Chinese history – but a new book about their lives and loves is BANNED in their home country

One February day in 1943, a petite Chinese woman arrived by train in Washington DC and was welcomed at the railway station by Eleanor Roosevelt, wife of the U.S. president.

China was a U.S. ally in World War II, and the country’s First Lady — known as Madame Chiang — was feted wherever she went.

Immaculately dressed in a series of high-necked, figure-hugging cheongsam dresses, she spoke perfect English and excited crowds turned out to see her. She spoke at huge rallies and was given the rare honour of addressing Congress, where she received a four-minute standing ovation. 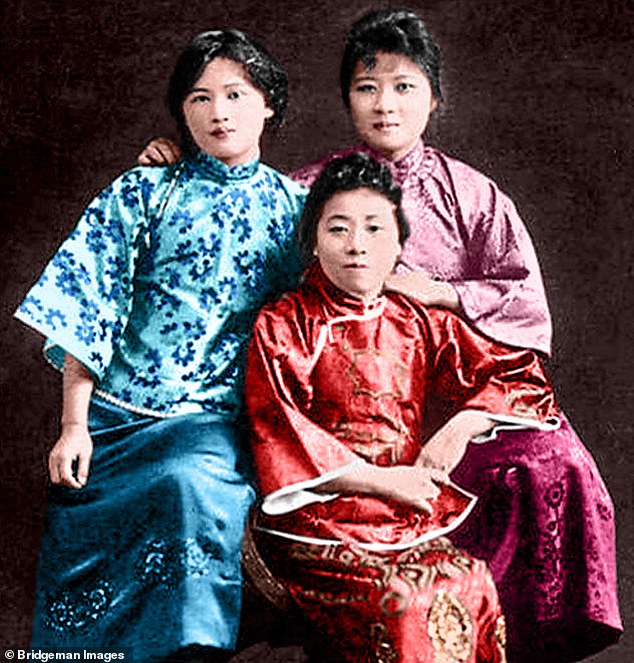 The three powerful Soong sisters profoundly influenced China during the 20th century, and are still gossiped about in China today

The glamorous wife of the Chinese president was one of the three powerful Soong sisters who profoundly influenced China during the 20th century, and they are still gossiped about in China today.

The sisters undoubtedly had a fierce bond, but, as this gripping book shows, they were eventually torn apart by ideology — and the men they loved.

Their father, Charlie, had spent time in the U.S. as a young man. On his return to China, he first became a Methodist minister and then a businessman, and, having learned a thing or two about American entrepreneurship, he soon became very wealthy.

Charlie had big plans for his children. His oldest daughter, Ei-ling (Big Sister), born in 1889, left China aged 13 to attend school in America — the first Chinese woman ever to be educated in the States. Her sisters, Ching-ling (Red Sister) and May-ling (Little Sister), joined her at the school a few years later. 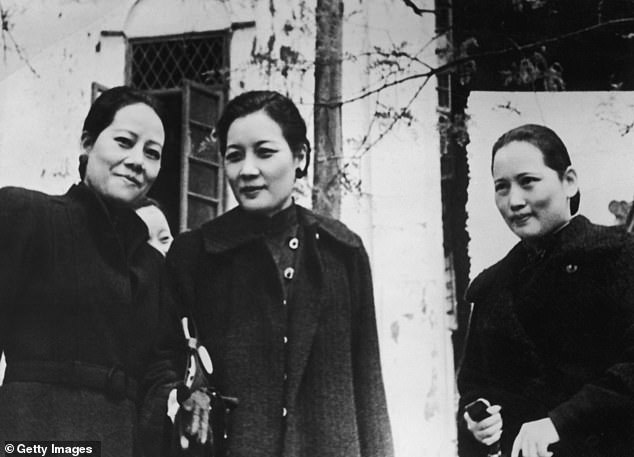 The sisters undoubtedly had a fierce bond, but, as this gripping book shows, they were eventually torn apart by ideology — and the men they loved

Back in China, their father was at the centre of the country’s political turmoil. Charlie was a great admirer of the politician and philosopher Sun Yat-sen, who, after the overthrow of the last emperor, briefly became the first president of the Republic of China. Even when Sun was shunted aside, Charlie continued to support him financially.

With her encouragement, he went into business, and the couple soon became hugely rich. It was widely rumoured that, to keep her skin luminous, Ei-ling bathed in milk, an unimaginable luxury in a country where it was very scarce.

When middle sister Ching-ling — passionate, impulsive and beautiful — returned to China, she met Sun, who was entranced. They married in 1915. 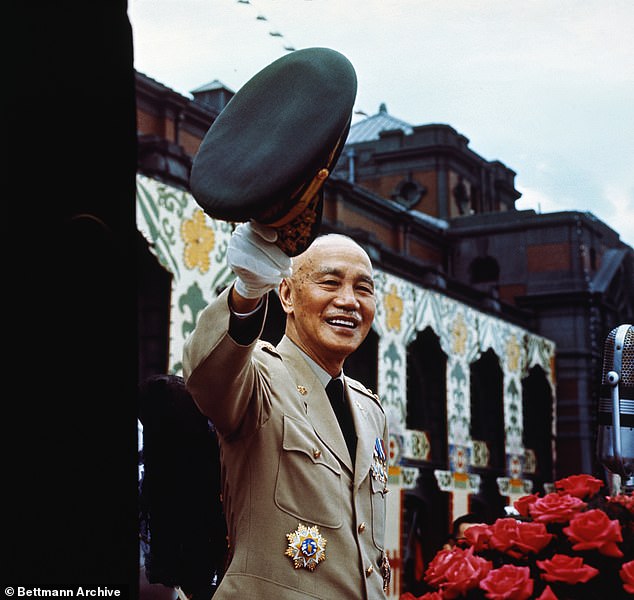 He was determined to become president again and reunite the Chinese Republic, which had degenerated into numerous warring factions. Ching-ling, who adored her husband, believed in him wholeheartedly.

Seven years into their marriage, the scales fell from her eyes when their house came under siege from rival soldiers. Sun fled, leaving his wife to hold the fort and act as a decoy. Once he had escaped, he made no effort to save her, or even get word to her that he was safe.

Ching-ling was trapped in the middle of a lengthy gun battle and, at one point, became so desperate that she begged her guards to shoot her.

Number of servants the 7th-century emperor Tang of Shang had to make him ice cream.

She eventually got away, but suffered a miscarriage and was never able to get pregnant again. From then on, she viewed her husband with a cool mistrust.

Sun Yat-sen died in 1925 and, in death, he became far more revered than he had been in life. Statues of him were erected all over and he became known as the ‘Father of China’ and ‘the liberator of the Chinese nation’.

His widow, however, was increasingly being drawn to Communism, and Ching-ling started spending time in Russia. Without telling her sisters, she secretly joined the Communist Party.

Little Sister May-ling married a rabidly ambitious man, too: Chiang Kai-shek, commander-in-chief of the Nationalist army and widely known as ‘Generalissimo’. Though he was famously lecherous and had a vile temper, May-ling fell in love with him.

For his part, he was thrilled by the prospect of marrying this beautiful and sophisticated girl, whose family was wealthy and closely connected to Sun Yat-sen. 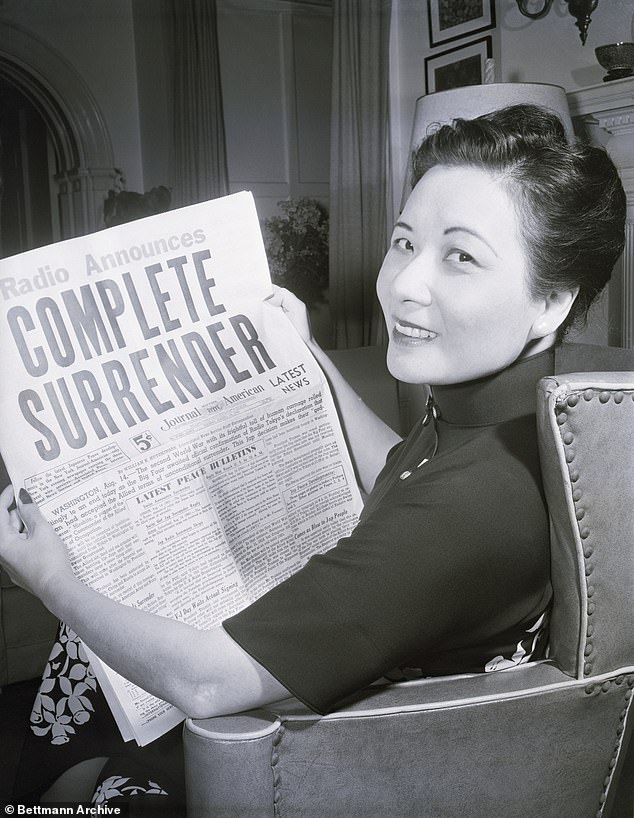 China was a U.S. ally in World War II, and the country’s First Lady — known as Madame Chiang — was feted wherever she went

He and May-ling married in what she excitedly described as ‘the biggest wedding Shanghai ever saw’. After Sun Yat-sen’s death, Generalissimo became the de facto ruler of China, although he was never elected.

Author Jung Chang is sympathetic to all three sisters, making it clear that, although they quarrelled, they still enjoyed each other’s company. 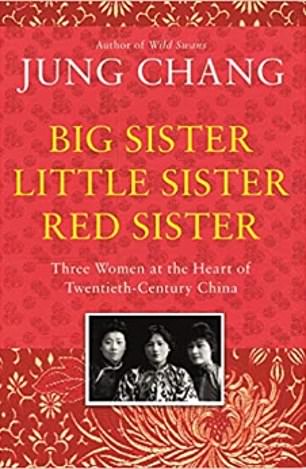 Big Sister was the mother hen, showering the others with money and affection; while Red Sister played the role of the spiky outsider.

Chang paints a deft portrait of the three famous women on a rare night out at a Hong Kong nightclub in 1940: ‘Dancers stole glances at them to check it really was the three sisters, speculating in whispers about what political message was embedded in the meal.’

Against all the odds, May-ling’s marriage to Chiang Kai-shek was a success. He was proud of her and delighted by her triumphant goodwill tour of America, shortly after the country entered World War II following the Japanese attack on Pearl Harbour.

China had been fighting the Japanese invaders for four-and-a-half years, and Madame Chiang was seen as the perfect representative for her plucky, beleaguered country.

Once the war was over, the sisters’ lives took very different turns. Chiang Kai-shek suffered a series of catastrophic military defeats at the hands of the Communists and was forced to resign as Chinese president. 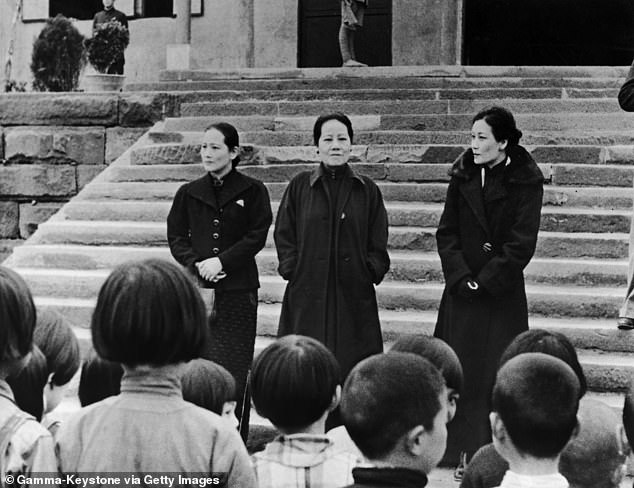 The Soong sisters may still be objects of fascination in their native land, but no one in China will be reading this engrossing story

May-ling was a dutiful spouse and a popular First Lady.

Red Sister Ching-ling cut her sisters out of her life and rose to be vice chairman in Mao’s government. Although Mao held her in high esteem, and she lived a life of great luxury, many of her relatives and former friends were packed off to prison camps or committed suicide.

Ching-ling herself once burned all her beautiful clothes, handbags and shoes, for fear she would be considered ‘bourgeois’.

Despite this, she remained a fervent believer in Communism until the end.

Ei-ling and May-ling both spent their last years in New York.

Anyone who has read Jung Chang’s marvellous 1991 best-seller Wild Swans will know she is a skilled storyteller, with a masterful eye for telling details.

This book, despite its length, fairly zips along, leaving you hungry to know more about China’s extraordinary and turbulent history in the past hundred years.

The Soong sisters may still be objects of fascination in their native land, but no one in China will be reading this engrossing story. Although Jung Chang’s books have sold more than 15 million copies worldwide, her work is banned in the country of her birth.