It would be a mistake to call Robert Menasse’s melancholy and satirical “The Capital” a great food novel. It has a lot more on its mind than breakfasts, lunches and dinners.

But it opens, after a prologue, with a question — “Who invented mustard?” — and takes off from there. By the next page, the author is describing “staring at mustard on a plate while a sausage burns in the frying pan as a clear and typical symptom of depression.”

Menasse’s roomy novel is set in contemporary Brussels, and its characters can often be found consuming throwback comfort foods like stoemp, a sausage and potato dish, and impenetrable stews such as waterzooi and bigos, and sighing with happiness. A lot of cigarettes are lit.

It would be a mistake, too, to call “The Capital” a great novel of the European Union, though some have tried. (The book has received deservingly rapturous reviews abroad.) Menasse’s novel is in part about bureaucratic infighting at the E.U., a subject he manages to make not just interesting but drolly comic.

Make no mistake: The author admires this institution and the notion of pushing past the nationalism that has tilted the world toward racism and war. But he can’t help but satirize the vanities of his career-minded characters, with their little wheelie suitcases.

If you tasked an excellent writer with turning a tall stack of recent issues of The Economist into a novel, you might get “The Capital.” Somehow I mean this as high praise.

Born in 1954, Menasse is Austrian and well-known in Europe. He’s published many books of fiction and nonfiction, and has received dozens of accolades. Few of his books have been translated into English, however. This is a situation, I predict, that will soon change.

Perhaps what we have in “The Capital” is a great murder mystery. The book opens with an assassination in a hotel, a murky, John le Carré-world sort of event.

It’s an unusual murder story, though, because the suspense lies not in discovering the identity of the assassin (we follow him as he goes on the lam) but the identity of the dead man. You come to suspect that the murder is a kind of MacGuffin, that maybe it doesn’t matter at all.

I enjoyed “The Capital” so much that I could keep going like this. It’s possible this is a great Holocaust-minded novel for a new millennium. Some of its characters are survivors of Auschwitz; others visit it. Still others think long and hard about the meanings to which the camp can be put as a symbol of the need for overcoming national sentiment. 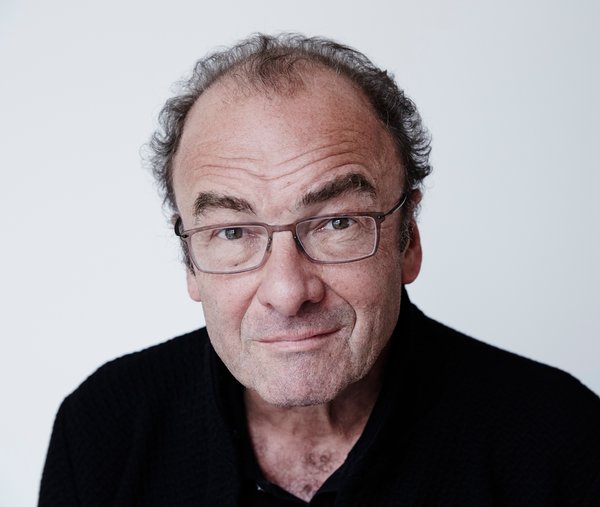 One survivor meets yet another young person with a shaved head and tattoos and loses his cool. “Did they know what they were doing, what they were expressing, what associations they were evoking?” He thinks: “You’re insulting the world’s memory!”

In the end I think “The Capital” may be a major book about coincidences, of linked and overlapping meanings. G.K. Chesterton thought of coincidences as “spiritual puns.” For Menasse they have similar meaning. In this Balzac-like novel, he introduces us to a dozen or so characters — bureaucrats, police inspectors, academics, lobbyists — and spins them around one another. Their lives intersect and chime in resonant ways.

One of these characters is Fenia Xenopoulou, a Greek woman turning 40 who has been given a job with no clout and almost no budget, as head of communications for the Directorate-General for Culture. She needs to get out. She kisses up, sleeping with a powerful colleague, and kicks down, ordering one of her subordinates, a sympathetic man named Martin Susman, to come up with an idea to help her consolidate her power.

We meet an economist, Grace Atkinson, who hopes to escape the blame when Martin’s idea goes awry. A police inspector, Émile Brunfaut, pushes back against a political cover-up of the hotel murder. An aging Austrian academic named Alois Erhart tells difficult truths about European nationalism, truths no one wants to hear.

Alois reminds us that everything is getting worse. The nature of truth has been degraded. Tabloids stir up base instincts and abet the rise of heinous old ghosts. “He had been prepared for everything,” we read, in a line made for the age of Donald Trump, “but not everything in caricature.”

The heavy tourism in Brussels weighs on everyone, too. About Émile, the police inspector, Menasse writes: “Back in 1914, his grandfather had said, Brussels was the richest and most beautiful city in the world — then they came three times, twice in their boots with rifles, the third time in their trainers with cameras.”

The translation, by Jamie Bulloch, is adroit. Yet “The Capital” made me want to learn to read in German, where it is surely even better.

This is a baggy book, with room for everything Menasse wants to put into it. It has its share of longueurs. But there is also pointed writing not just about politics but about subways and orgasms and woolly underwear and air conditioning and retirement homes. You will learn a surprising amount about European pork production.

W.H. Auden lamented, near the end of his life, that nothing he wrote saved a single Jew from the ovens. It’s hard to reckon with the political impact a book like “The Capital” might have. I suspect it will be nil.

But this novel evidences a sharp awareness of the forces remaking European life, with Brexit as only one example. Ties are coming apart. To borrow a line from Ali Smith’s recent novel, “Spring,” “How’re you doing, apart from the end of liberal capitalist democracy?”

The Capital
By Robert Menasse
Translated from the German by Jamie Bulloch
417 pages. Liveright Publishing. $27.95.