Home » Books » The ‘care’ system that stole me from my mother

The ‘care’ system that stole me from my mother

The ‘care’ system that stole me from my mother: Acclaimed poet Lemn Sissay’s searing account of his traumatic childhood

My Name Is Why

Let’s begin with the positives — because, after reading this harrowing book, I need them. The author, Lemn Sissay, is a brilliant poet, the Chancellor of Manchester University, an MBE, an inspiring speaker, performer, broadcaster, campaigner, teacher — and a winner of prizes, love and admiration.

Yet nothing can compensate for the terrible losses that have caused this remarkable man such sorrow and rage. His is a story of neglect, cruelty and, of course, immense courage.

Sissay was born in 1967 to a young Ethiopian woman in Wigan. Yemarshet Sissay had come to study in Britain, but found herself pregnant.

As happened to unmarried mothers in those days, she was placed in a mother-and-baby unit and, at two months, Sissay was put into care. 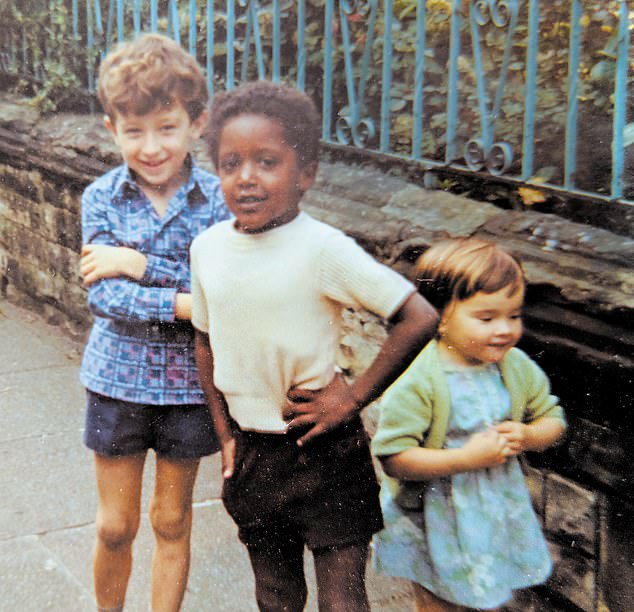 His mother refused to sign adoption papers — she wanted her son back when she could manage better. But it was never to happen.

Her baby was renamed Norman by his social worker (who happened also to be called Norman) and he was handed to ‘long-term foster parents’ who were advised to treat it as adoption.

Sissay has described them as ‘good people who did bad things’.

Catherine and David Greenwood were a white, working-class couple who had done well — and were devout in their Baptist faith. He was a teacher, she a nurse.

Sissay says: ‘My foster parents told me some years later that I was alone in the hospital because no one would adopt a ‘coloured’ baby. They said they chose me after praying to God and that my mother didn’t want me.’ 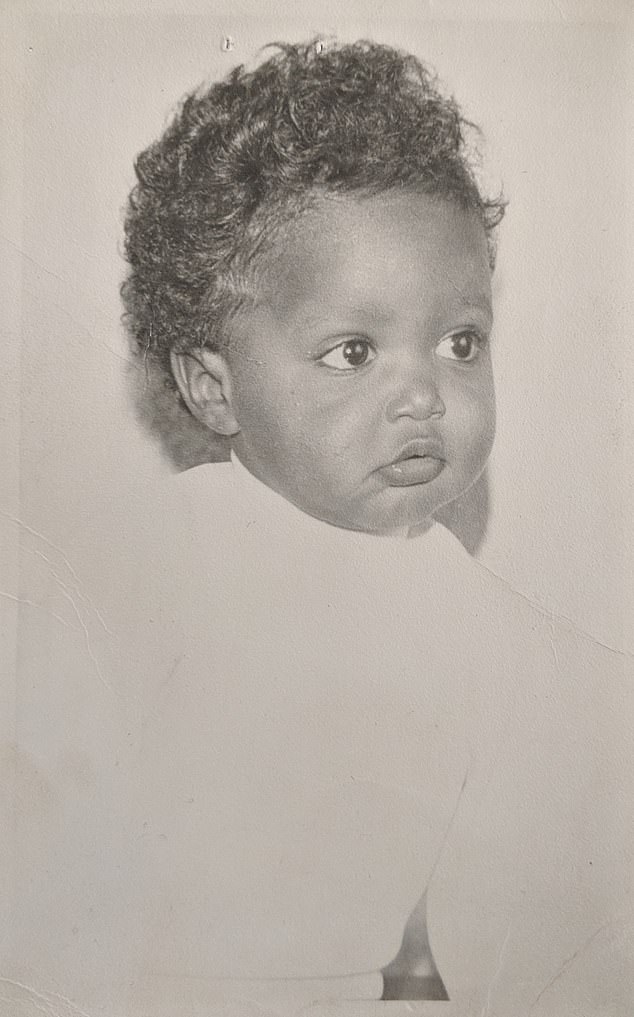 Lemn’s mother had come to Britain to study but soon found herself pregnant and, as happened to unmarried mothers in those days, Yemarshet was placed in a mother and baby unit

Untruths such as this form the framework of this heartbreaking, angry-making memoir. In a sense, it presents us with two stories: the one that Norman Greenwood was told as he was growing up; and then the story of little lost Lemn Sissay, as it is revealed to the reader through the dishonest, sterile, uncaring language of the bureaucracy that had a duty of care to this vulnerable child.

In 2015, after a 30-year campaign to obtain his official records, he succeeded — and was sent ‘four thick folders of documents’ by Wigan Council.

Those records, spanning 18 years, form the body of this book. Sissay’s story is given extraordinary power by photocopies and scans of the actual documents — it is like looking over his shoulder as he reads fuzzy-typed social work reports, brusque handwritten notes in margins, and official letters.

Sissay’s foster parents were strict, but they did set out to love the little boy — asking him to call them Mummy and Daddy.

The Greenwoods went on to have three children of their own, which must have been confusing for the little black child who soon felt isolated and unloved.

Social work reports logged behavioural problems such as fighting with the Greenwoods’ son, Christopher; Sissay recalls only normal sibling rough and tumble. He longed for the woman he loved as a mother (the only one he had ever known) to sing him to sleep as she once had, but Catherine had withdrawn affection.

He was caned as his parents believed the Devil was working within him. At 12, he became difficult, eating cake without permission (oh, heinous crime) and staying out late at night.

The Greenwoods couldn’t cope and returned him to social services. They didn’t want to see him again. With tragic restraint, Sissay writes: ‘They were my mum and dad. This was my family.’ Arriving at Woodfields children’s home, he thinks: ‘Mum and Dad are never coming back. No one is coming back. You’ve lost everyone… It’s your fault.’ 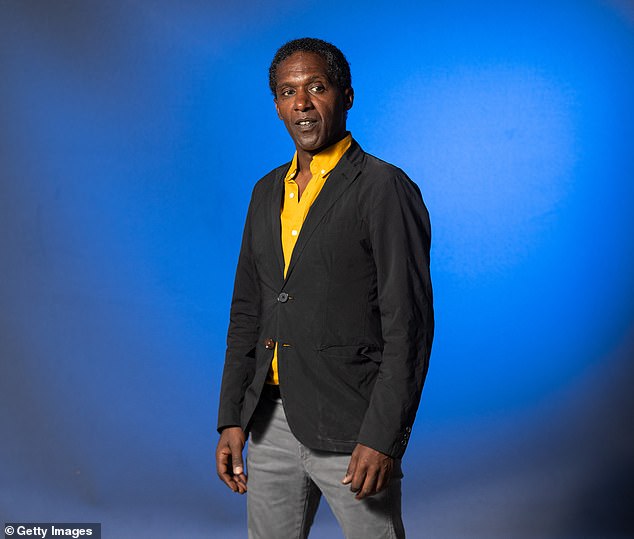 At two months, Sissay (pictured) was put in care. His mother refused to sign adoption papers; she wanted her son back when she could manage better

His birthday comes and goes with nothing from his family. In the children’s home, he is subjected to racist abuse. Lonely and misunderstood, he shows his anger. He discovers Bob Marley, experiments with drugs, begins to write poetry, spirals downwards . . .

But what if he had known that his birth mother had written to Wigan Council (‘the Authority’) in 1968 to ask how she could get her baby back?

She wrote: ‘He needs to be in his own country, with his own colour, his own people.’

She wanted contact with the Greenwoods. She was refused. Then, when Lemn was three-and-a-half, the Authority informed Yemarshet they would take full custody because she was judged to have ‘abandoned’ the child. In 1978, a social worker reports: ‘There is a letter on file from Norman’s mother, written in 1968, requesting that he be returned to her in Ethiopia — perhaps Norman should be made aware of this?’ 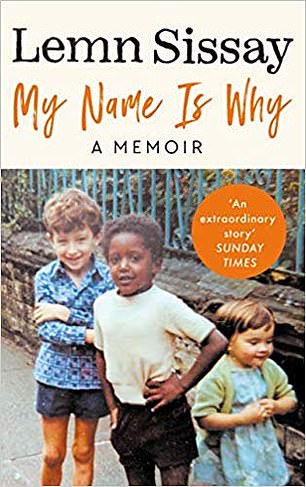 Somebody has scrawled beneath in capitals: ‘NOT YET I THINK.’

Finally, Sissay is sent to ‘a more disciplined environment’, Wood End Assessment Centre. He is, in effect, imprisoned without trial.

‘There were two sorts of child inmates: young people on remand (awaiting court appearances) and young people in care… we were all treated like charged criminals…

‘Anybody who stepped out of line was beaten… This horrific place was where the system stopped pretending.’

An educational psychologist writes a report notable for its ‘insight and sympathy’ for the creative teenager. The Authority is unimpressed and assesses him, in its own way, as ‘a youth of average intelligence’.

Before his 18th birthday, Sissay is placed in a flat by himself with his own damaged life to salvage — and somebody leaves an Olivetti typewriter (‘a thing of beauty to me’) for him. Who was it?

There are many aspects of Sissay’s later life I wanted to know about — wishing he had explained what happened when he took the Authority to court, and what it was like finally to meet his Ethiopian family. I imagine that may be in the next volume.

For now, Sissay has given us a blistering condemnation of the ‘care’ system — and his powerful voice asking ‘why?’ (the meaning of ‘Lemn’ in his mother’s language) is raised on behalf of all children who have been its victims.