Home » Books » The Homes in Dorian’s Path Are in a High-Risk Area. Why Do They Cost So Much?

The Homes in Dorian’s Path Are in a High-Risk Area. Why Do They Cost So Much?

THE GEOGRAPHY OF RISK
Epic Storms, Rising Seas, and the Cost of America’s Coasts
By Gilbert M. Gaul

Hurricanes and other coastal storms create more costly damage than do earthquakes, tornadoes and wildfires combined, and 17 of the 20 most destructive hurricanes in history have occurred since 2000. At the moment of this writing, Hurricane Dorian, a Category 5 storm at its strongest, has pummeled the Bahamas and is heading toward the Southeast of the United States. Past storms have pitched houses into forests half a mile away or submerged them beneath the sea. Doors and windows jut from the sand “like weathered dinosaur bones,” we’re told by the two-time Pulitzer Prize-winning journalist Gilbert M. Gaul in this carefully researched and eye-opening book. But astonishingly, between 1970 and 2010, in coastal floodplains that are among “the most ecologically fragile and dangerous places on earth,” real estate values have risen and the population expanded.

How could this be? Through a strange, post-disaster land rush, Gaul explains, speculators and repeat developers busily rebuild “the riskiest and costliest houses” as part of what he calls “disaster capitalism.” “It is growing like crazy, especially after Sandy,” one mayor tells him.

Encouraging such capitalists, Gaul argues, is the federal government, which has removed personal risk from that which is risky. In 1950, it paid 5 percent of post-hurricane rebuilding costs, he notes, but now pays 70 percent and in some cases 100 percent. And one out of every three federally insured properties is a beach house, an investment property or second home.

In 2012 Congress considered a bill to link premiums to risk and raise rates for second homes, but the National Association of Realtors lobbied hard to defeat it. Such beneficiaries adopt a climate version of that famous sign from a few years back: “Get your big government hands off my Medicare.” So with $3 trillion worth of property at risk for catastrophic floods and storms, and the Department of the Treasury standing as the insurer of last resort, the monster storm we’re not tracking is the one heading toward the taxpayer. 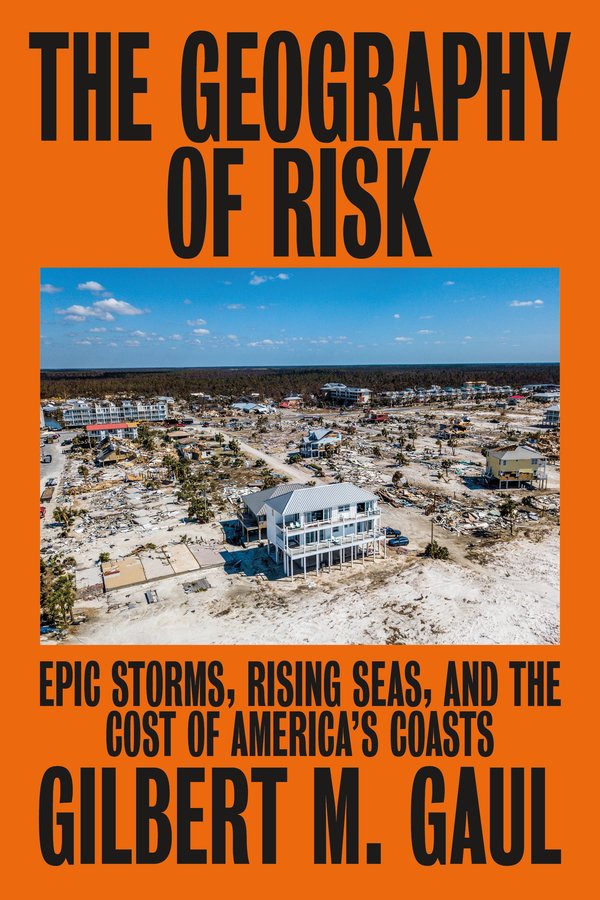 Gaul doesn’t tell us what to do about New York City or New Orleans, paycheck-to-paycheck victims of coastal hurricanes or inland disasters. Nor does he fully trace the logic between the facts he lays out and the greater problem they point to: climate denial. In a blog post for the London School of Economics website a couple of years ago, the sociologist Rebecca Elliott traced three sources of such denial — an optimism bias (storms will hit others, not me), a myopia bias (storms will happen later, not sooner) and an ideological bias (leaders you trust tell you to distrust mainstream science). Most of the repeat developers Gaul interviewed deny, doubt or keep quiet about climate change for yet a fourth reason: Their denial pays. So how do we handle the fact that a group of conservative deniers are the very ones profiting from climate denial — and raising our future tax bill in the process?

Shortly after Hurricane Harvey flooded Houston, I attended a service in a tiny Pentecostal church just across the state border in Louisiana with an elderly pipe fitter and a high school custodian, both Trump voters, climate science skeptics and critics of government spending. Parishioners had hitched boats to their pickups, then driven to Texas to deliver food and clothing to flood victims. “Neighbors help neighbors,” the minister said to a murmur of approval. Critical as they are of the federal government, they staunchly defend the idea of disaster relief. Gaul’s book both affirms that faith and alerts them to high-end developers and others with a financial interest in denial. That would include a certain owner of golf courses on fragile coastlines, whose administration has expunged the very words “climate change” from the Federal Emergency Management Agency strategic plan, who has deregulated carbon producers, received $17 million in federally backed flood insurance and whose second home address, on a Palm Beach barrier island, is Mar-a-Lago.

Arlie Russell Hochschild’s latest book is “Strangers in Their Own Land: Anger and Mourning on the American Right,” a finalist for the National Book Award.