Home » Books » The Show Is About to Begin, Onstage and in the Audience’s Minds

The Show Is About to Begin, Onstage and in the Audience’s Minds THE PERFORMANCE
By Claire Thomas

The effects of the Covid-19 pandemic include a sense of temporal partition: There is a distinct before and after, a dividing line between past and present, social proximity and distance, life lived in person and through a screen. TV shows that depict unmasked people are jarring, relics of a bygone world — or, at the very least, a world put indefinitely on hold.

“The Performance" — the second novel by the Australian writer Claire Thomas, though the first to be published in the United States — is both appropriately existential for this cultural moment and far enough behind it to evoke nostalgic recognition. On a summer night, as bush fires rage outside, three women converge in a Melbourne theater to watch a performance of Samuel Beckett’s “Happy Days.” (Who among us does not wince to remember a time when hundreds of people could sit in a darkened theater, when the sound of a cough was cause for mere annoyance instead of alarm?)

Two of these women are audience members: Ivy, a philanthropist raising a young son after terrible loss, and Margot, a college professor contending with the illness that has made her husband a stranger. The third, Summer — an usher and acting student — is torn between her duties at the theater and mounting fear for her girlfriend, April, whose family is defending their mountainside home from the blaze.

“The Performance” moves through the minds and memories of these central characters, but the present action takes place within the confines of the play’s run time: The novel begins as theatergoers take their seats and ends with the actors’ final bow. It’s a clever conceit that lends structure to an otherwise roving, interior narrative. Chapters shift between Margot, Ivy and Summer as each observes the play through her own lens. 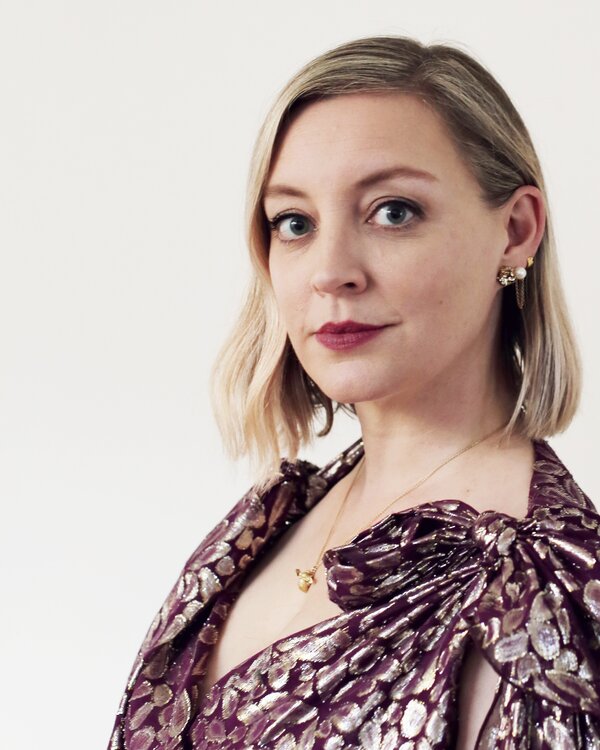 “Happy Days,” published in 1961, pivots on an arresting and disturbing image: The main character, Winnie, is trapped in a mound of earth. In the first act, she is buried to the waist; by the end of the second, only her head is visible. Beckett’s cultural endurance stems from his ability to capture some timeless essence of human being (“I can’t go on. I’ll go on”) — but Thomas also identifies what makes “Happy Days” particularly relevant in 2021: “We humans, all of us, are stuck on a dead planet with extremes that are more extreme. We humans, all of us, have to distract ourselves with denial and busy business.”

Indeed, Margot, Ivy and Summer move between attention and distraction, outward engagement and inward contemplation. Winnie’s concern about the sun (“Did I ever know a temperate time?”) reminds Summer of the ozone hole and, later, climate change. An onstage squabble between Winnie and her husband, Willie, reminds Margot of her husband, John, whose recent mental deterioration has led to shocking episodes of physical violence.

Sometimes the novel’s digressions drift far from their original association, which might stretch the patience of a reader looking for traditional plot. The sight of Winnie holding a parasol leads Summer to reflect on subjects that include a Kundalini yoga class, a pyromaniacal boy she once knew, a participatory art piece that she and April attended in the Botanic Gardens, and the night she spent with a fellow acting student in a shrine dedicated to victims of war.

Thomas is a fluid writer who stitches these topics together, but the effect is still meandering and stream-of-consciousness. All three women are haunted by fears about the future of the planet, and they struggle with how best to take action in the face of immobilizing anxiety — but this, too, can feel enumerated rather than explored. “There were neo-Nazis on the beach over summer,” thinks Summer, “spitting their hate onto the sand. And swastikas sprayed on nursing home walls. And police officers displaying white pride. And hate speeches in Parliament. And mass shootings inside churches and mosques and schools and concert halls and malls.” I found myself wishing for the novel to do more with this raw material, to synthesize these awful facts instead of merely stating them.

But perhaps my desire to make sense of our time — and the novel’s inability to offer sensemaking — is the point. We are all frightened and exhausted. Like Winnie, we are uneasily confined on earth, performing our “attempt at endurance.” In this novel, the project of living is rendered with compassionate clarity. For the duration of “The Performance,” we can acknowledge the extent of our overwhelming burden, without looking away.